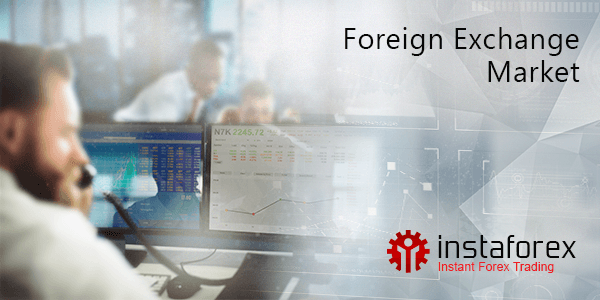 Forex is an international foreign exchange market and an imposing part of a financial world. On FX market, foreign currencies with the specified date of delivery are bought and sold. The currency market has no definite address or headquarters. Forex is a global trading computerized system with wide movements of financial flows. Foreign currencies, stocks, oil and metals are traded on the Foreign Exchange Market.

That is why, in addition to commodity and stock markets there is a global currency market, open around the clock (except for weekends and holidays), where trade is held mostly via Internet. The main participants of Forex are first of all central and commercial international banks and companies that are involved in export and import activities.

Forex market is a decentralized system, where members are related to each other. Development of the modern telecommunication facilities has led to establishment of a new type of trade, a so-called remote trading, run by electronic dealing systems which are gradually replacing traditional telephone dealing.

In Forex market it is possible to buy a currency, for example, the euro (EUR), the Swiss franc (CHF) or the Japanese yen (JPY). Operations and movements in Forex market determine the ratio of the freely convertible world currency rates. All currencies involved in trade are represented in the market with a floating rate of exchange.

Trading on Forex has astonishing volumes with a daily turnover equaling 3 trillion US dollars, thus exceeding the volumes of trade in the stock market by almost 50 times. Over the last few years Forex has become more popular, thus, today it is a widespread and profitable type of business. Around 80% of the conducted trades are targeted to gain yield from the difference in currency quoting rates.

FX market is the most widespread among the nowadays existing platforms. Its participants have a chance to collect considerable profits in a short period of time. Usually, there is a small initial capital needed for trading since currencies have a maximal liquidity level being trading instruments. Thus, there is no situation, when a counterpart for a certain trade is absent on Forex.

It is believed that Forex market is more popular than stock markets. Nonetheless, it does not imply that Forex trading is much easier than operating with stocks, even though there are fewer subtleties. Besides, the reason for such availability is also a low amount of the beginning capital mentioned above. Not everybody can get to the stock market; on the contrary, on Forex one can start working with a few US dollars. If needed, the broker provides a margin for trader.

Of course, the profit is not so high on Forex market, however, the risk of losing everything is feeble.