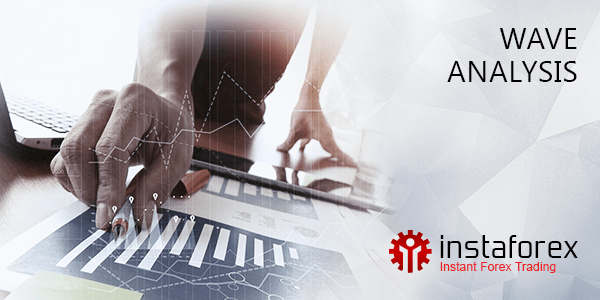 What is the elliott wave analysis?

Applying the wave principle on the market, a trader can give an accurate forecast of the price behavior at a certain period. This type of market analysis can ensure success in trading and can prove to be a really effective tool for a professional trader.

How to apply the elliott wave analysis?

According to the Elliott Wave Theory, a price movement of any currency pair can be depicted on a chart in the form of forex waves. Forex waves are divided into three impulse waves that go with a trend and two corrective ways that move in the opposite direction. These waves are labeled with the numbers 1,2,3,4,5. When the trend formation becomes less active, the price correction starts that is depicted by three waves on a chart. Two of these forex waves are impulsive and the third one is corrective. These ways are labeled as A,B, and C. 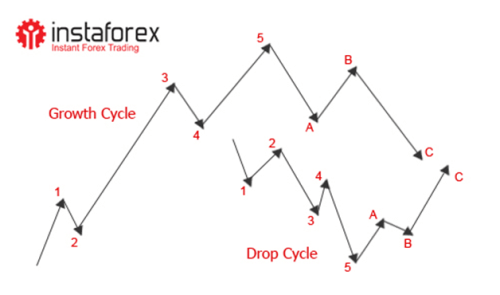 The main idea of the elliot wave analysis is that the price movement is regular; one and the same pattern repeats itself over and over again. When traders apply the elliot wave analysis on Forex, they can foresee the price movement at a certain stage of the trend. If traders enter the market on the right forex wave and close a deal in time, they can make a profit. To reduce losses on Forex and set a stop loss level correctly, traders should pay attention to the length of the waves. As a rule, the longer the impulsive waves are, the longer the corrective waves will be.

The most difficult thing in applying the forex wave analysis is to define the type of a forex wave correctly. In order to give an accurate forecast of the price movement, it is necessary to tell apart the impulsive and the corrective forex waves. Usually, the corrective elliot waves are the hardest to recognize. The Elliott Wave theory is applicable to any traded asset – from shares and bonds to the EUR/USD currency pair.