One stage. That is all it took for Ales Loprais, Khalid Alkendi and Petr Pokora to return the Praga V4S DKR back to the fourth place overall in the truck standings. However, it was not an easy day at all for the Instaforex Loprais Praga Team at Dakar Rally 2021. 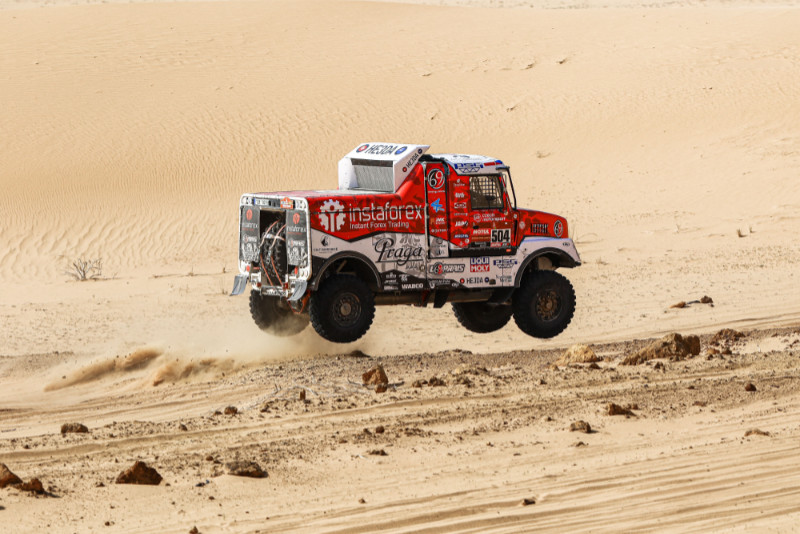 On Sunday, January 10, the Dakar Rally 2021 entered its second half and organisers, the nature and the climate of Arabian Peninsula have already tested the crews properly. The organisers have decided to challenge everyone by putting a marathon stage right after a rest day. And it is a big one. The crews now cannot get any help from team members, right after a very difficult route. First 100 kilometres led through sand and sandy hills with vegetation, and to make matters worse, it also rained, which made the sand heavier. After that followed plains with hidden rocks, faster and more technical sections and the crews also had to deal with some dune chains.

Ales Loprais, Khalid Alkendi and Petr Pokora had their first share of drama before they even started.

“A right front-wheel bearing burnt down. The fire also destroyed a brake and an inflation system. So, we couldn’t adjust tyre pressures on the front axle for the rest of the stage. We had to tackle dunes despite having, for example, 4 atmospheres instead of 2 or even 1.5. So, when a MAZ that was in front of us got stuck, Petr had to get out to deflate the tyres manually. That was suffering,” describes Ales Loprais.

“Throughout the whole stage, I was worried what if the wheel got locked. If that had happened, it could have had horrible consequences. When that happens on the front axle, there’s nothing a driver can do. To make it worse, we were finishing the stage with a slow puncture on the rear tyre, but we managed to keep it inflated. So, this stage had everything. And we were lucky. I’m really glad that we’ve made it. There was nothing more that we could do. It was mentally exhausting. The fact, that we’re in the bivouac, that is the best birthday present,” said the driver who celebrated his forty-first birthday today. 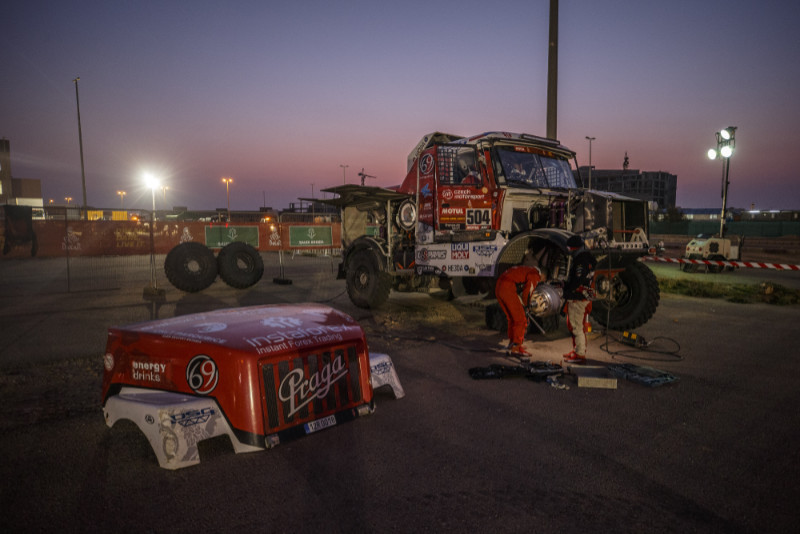 Despite all these complications, the Praga V4S DKR truck, also known as The Lady, finished the stage in sixth place, behind four factory Kamaz trucks and Aliaksei Vishneuski with a factory MAZ. Thanks to that, Loprais and his crew have moved up to the fourth place in the overall standings and they are 16 minutes and 41 seconds behind Airat Mardeev with a Kamaz truck in third position.

Considering all the circumstances, the most important piece of news for the InstaForex Loprais Praga Team was the return of the Tatra Jamal truck. The second crew was forced to retire after stage 5 due to a broken gearbox, but using the Dakar Experience option, it has been able to return to the race. It is now fulfilling its supporting role as Jan Tomanek, Tomas Kasparek and Jiri Stross have successfully made it to the marathon bivouac carrying everything that the Praga is going to need for the overnight service. Including all the skills and experience. 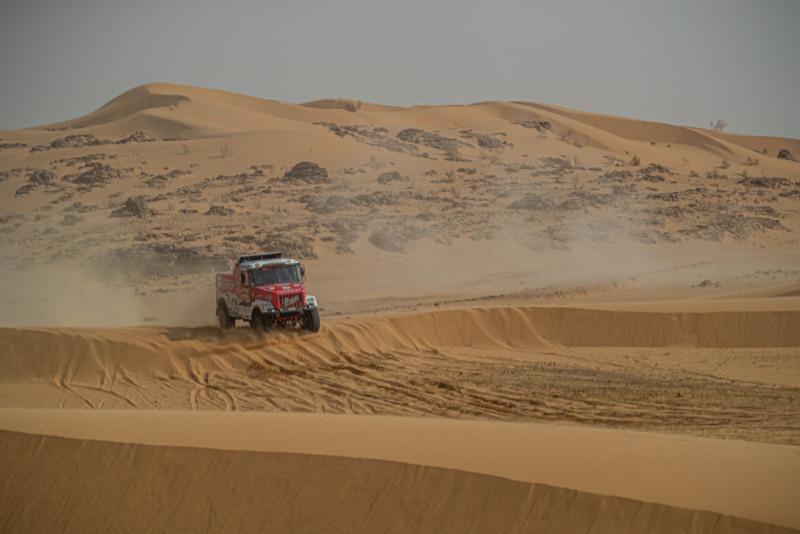 The eight stage is going to lead from Sakaka to Neom that lies by the Red Sea. The crews will have to do 709 kilometres through the sand and rocks, out of which 375 kilometres are going to be timed. And the TV crews and photographers are especially excited, as this stage goes right through one of the most beautiful parts of Saudi Arabia. 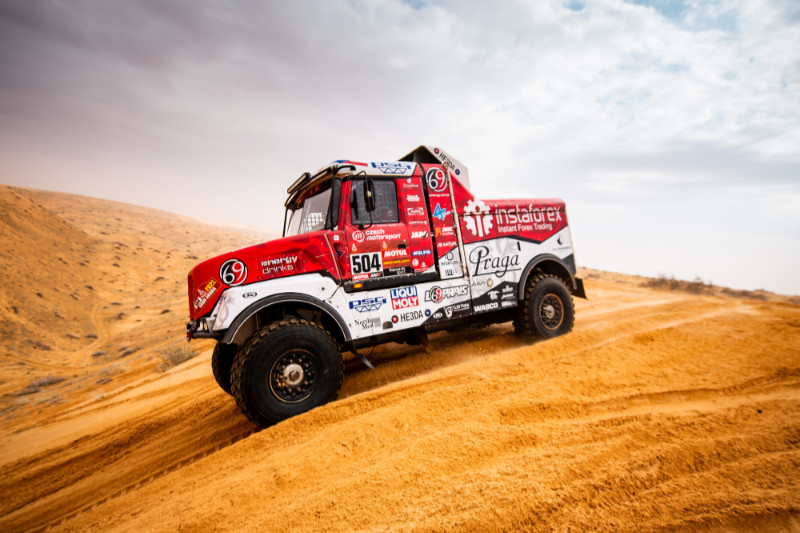