Before the final stage of the Dakar Rally 2019 the Tatra representing the colours of the Instaforex Loprais Team returned to the fifth interim rank in the truck category, in addition as a member of a triad with only minimum time differences. The move up the overall ranking was thanks to the fact that the crew of Ales Loprais, Ferran Marco Alcayna and Petr Pokora eventually enjoyed a problem-free stage taking place in the surroundings of Pisco, and that despite the high demand of the special stage section.

Ales Loprais had anticipated this for a long time before. He knew that a better racing day would come. And it did, in the demanding last but one Dakar stage. While many Dakar stars, including other categories, score losses on Wednesday, the crew of the Instaforex Loprais Team enjoyed this stage of the legendary race without major disturbance.

“For us eventually a nice stage without any minor or major technical issues, I am pleased with it. We only lost twenty minutes by navigation but today´s stage was extremely demanding from the navigation point of view. Although our power is lower than that of the trucks with automatic gear change we balanced this by technical drive across the dunes,” looks Ales Loprais back to stage nine, adding with a smile: “In one of the final stages we have finally enjoyed the first nice experience of this long and difficult Dakar.“

Although on Thursday the final stage will only include a short speed test of 112 kilometres, it is still Dakar and anything may happen to anybody. Especially this edition is rich in sudden surprises. That is why the view of the interim results before the last stage is very interesting. The fifth-ranking Tatra of the Lopraiscrew loses 17 minutes after the fourth-ranking Argentine pilot Villagra and their advantage against the sixth-ranking pilot of Belarus, Vjazovich, is even less, mere 12 minutes.

On Wednesday evening the team carefully prepared for the short but still grand finals of the 41th edition of the Dakar Rally. As the bivouac stayed in the same place for two nights and the pass to the racing section start and back was not long, the saved time could be devoted to profound care of the “Queen”.  And so it is now prepared for the final mission, like its pilot.

“We will drive up to our maximum, as usual. What is to happen, that will, and what is to be managed, will be managed. There is still a small chance, so why not to try to tackle it,“ promises Ales Loprais. 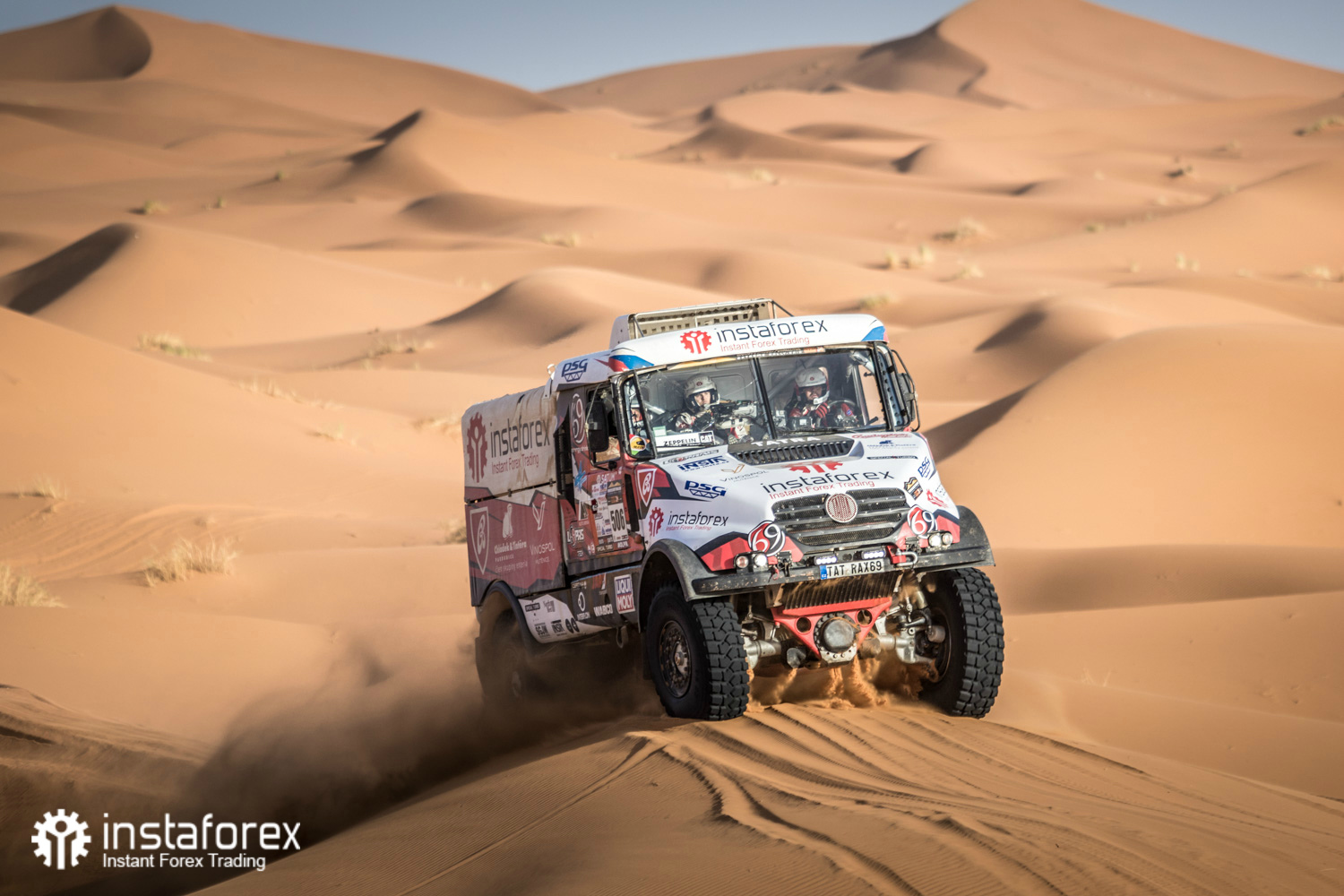