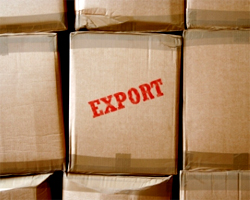 China's exports logged a double-digit growth in May despite ongoing trade dispute with the U.S., data from General Administration of Customs revealed Friday.

Exports climbed 12.6 percent year-over-year in May, faster than the expected growth of 11.1 percent.

At the same time, imports increased sharply by 26 percent, exceeding expectations for an annual 18.2 percent rise.

As a result, the trade surplus totaled $24.92 billion in May, which was well below the expected level of $33.8 billion. China's trade surplus with the United States increased to $24.6 billion.

In renminbi terms, exports increased 3.2 percent and imports advanced 15.6 percent in May.

Imports growth probably reflects a continued recovery in industrial activity following the easing of winter pollution controls and is unlikely to be sustained, Julian Evans-Pritchard, an economist at Capital Economics, said.

The economist added that even if a trade war is avoided, Chinese trade growth is still likely to edge down over the coming year as the global economy loses momentum and headwinds to domestic demand from slower credit growth intensify.

The World Bank forecast China's economy to grow 6.5 percent in 2018 and and 6.3 percent for next year. But the lender cautioned that high corporate indebtedness and rising trade tensions are the main risks to China's growth outlook.