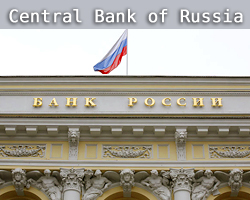 The Monetary Policy Committee, led by Governor Murat Cetinkaya, decided to keep the one week repo rate constant at 17.75 percent, the Central Bank of the Republic of Turkey, or TCMB, said Tuesday.

Economists had expected a raise in the rate to 18.75 percent. "Despite the milder impact of demand conditions on inflation, elevated levels of inflation and inflation expectations continue to pose risks on the pricing behavior," the TCMB said in a statement.

"Accordingly, the Committee assessed that it might be necessary to maintain a tight monetary stance for an extended period."

The TCMB said it will retain the tight policy stance decisively until inflation outlook displays a significant improvement. The bank also said that several key economic indicators will be monitored and further monetary tightening will be delivered, if needed.