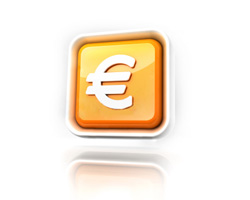 The euro declined against its most major rivals in the European session on Thursday, as European stocks fell on growing concerns that high inflation and tighter monetary policy could hurt global growth.

The Fed's resolve to raise rates sharply to control high inflation is fueling concerns about stagflation.

Members widely expressed concerns over the high inflation numbers, which had become a major issue for households and businesses, the minutes from the European Central Bank's April 13-14 showed.

Policymakers judged that the forward guidance conditions for an upward adjustment of the key ECB interest rates would become crucial for the policy discussion at the Governing Council's June meeting.