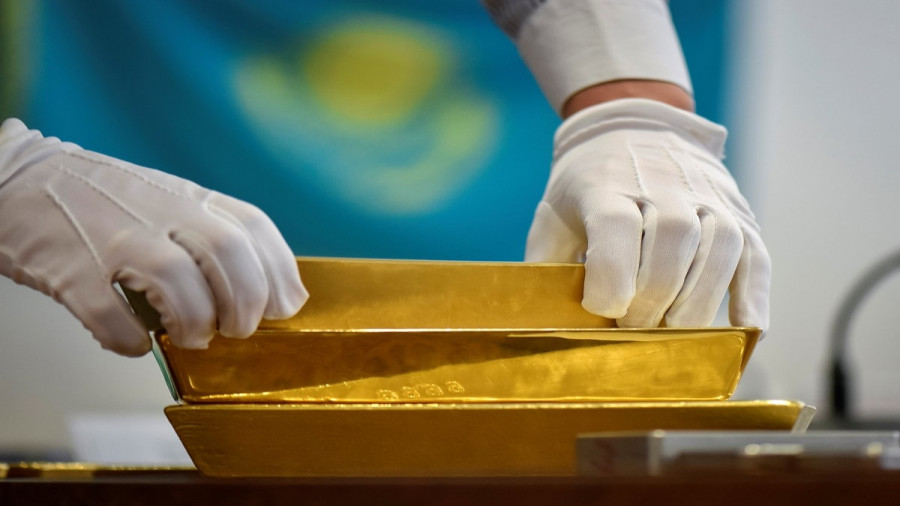 Gold closed the last seven days of October with a decline, ending a two-week rise. However, at the end of the month, bullion was still up. 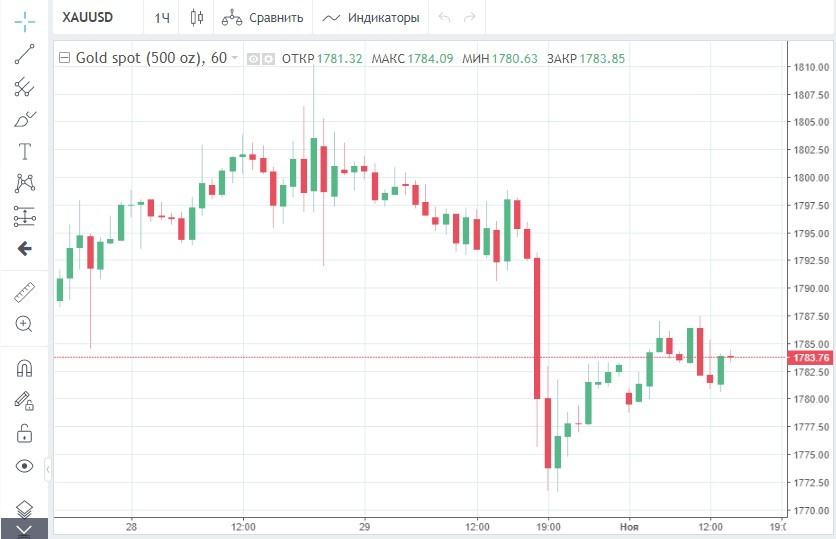 The reason for this precipitous drop was the strengthening of the US currency. The dollar index jumped 0.8% at the end of the week. The greenback was supported by upbeat economic data.

On Friday, the US Department of Commerce released a report on consumer spending and income for September. It showed that Americans started spending 0.6% more, although their personal income fell by 1%.

At the same time, the University of Michigan provided an update on consumer sentiment. The index, which shows American citizens' attitudes towards current and future economic conditions, stood at 71.7 in October, 0.3 points above expectations.

Also last month, the Chicago purchasing managers' index, which is known as the business barometer of the second largest US financial centre, rose. The index reached 68.4 points, up from 64.7 in September.

Strong statistics signaled a gradual recovery of the US economy, reinforcing investors' expectations of a more rapid tightening of US monetary policy. This outlook allowed the dollar to stabilize at the end of the week near a more than 2-week high.

In turn, the strong rise of the greenback caused a sharp fall in gold. The precious metal failed to end the seven-day period in the positive zone on Friday due to significant weakening.

The value of the asset fell by 0.7% over the week, but bullion gained 1.5% for the month. Analysts point out that the key catalyst for gold's rise in October was fear of rising global inflation.

Nevertheless, even this favourable factor did not help gold to compensate for the losses incurred a month earlier. As a reminder, the asset fell by more than 3% in September.

Experts point out that the year as a whole has not been easy for gold. It peaked at $1,835 in July but fell back to a low of nearly $1,719 in September.

The bullion traded in a narrow range in October, trying repeatedly to break the important $1,800 mark and consolidate above it. In the end, gold did not break that barrier.

Most Wall Street investors do not believe that things will change radically in favour of gold in November, as the market is now wary of hawkish statements from the Fed.

A survey of US traders showed that about 60% of them expect the price of gold to fall this week, while only 15.4% expect it to rise.

Investors, who are bearish on gold, believe that the upcoming central bank policy review is likely to put pressure on the asset and deprive it of growth momentum.

As a reminder, the next monetary policy meeting of the US regulator will be held on November 2-3. The Fed is expected to announce the start of financial asset purchases tapering.

"With inflation pressures continuing to grow, I think the Fed may have to take a more hawkish tone at its meeting next week and either outright announce or hint toward the start of tapering asset purchases," SIA Wealth Management Chief Market Strategist Colin Cieszynski said.

Experts are optimistic about the dollar this week and in the longer term. As for the precious metal, things don't look great.

"Gold tested the upper end of its recent range but sold off ahead of the weekend, hitting a new low for the week. The October rally is over. Initial target for next week is $1,768, then $1,757," Marc Chandler, managing director at Bannockburn Global Forex in New York, said.