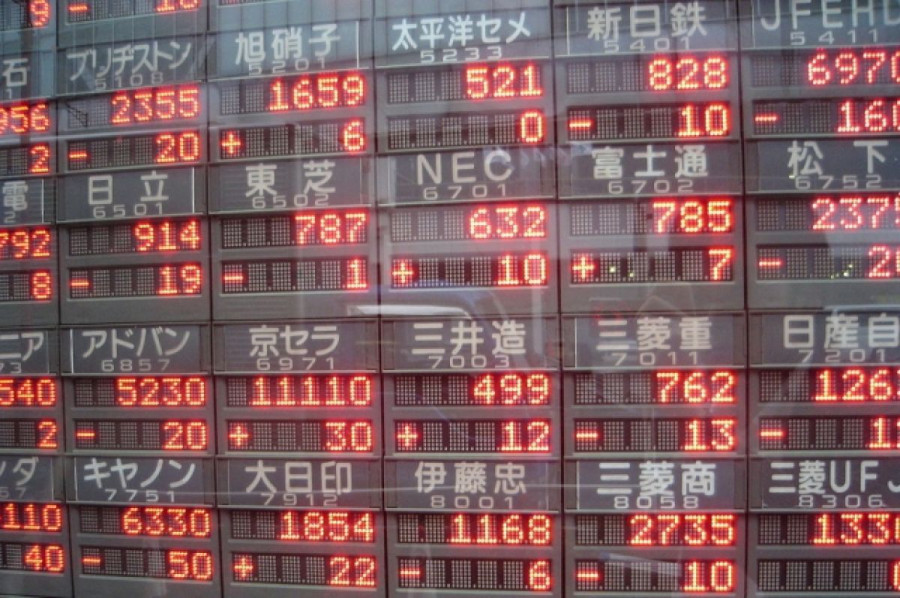 Most of the Asian-Pacific indices are showing a decline. The Shanghai Composite and Shenzhen Composite index showed slight growth by 0.2% and 0.41%, while the Hang Seng Index lost 1.03%. The KOSPI was down by 1.46%, the S&P/ASX 200 dropped by 0.47%, and the Nikkei 225 has hardly changed since Friday.

Investors are refraining from taking risks, as they are waiting for the results of the US Federal Reserve's meeting, which will take place this week. According to analysts, we should expect the beginning of tightening of monetary policy and increase of interest rate as early as in March. All this contributes to the decrease of assets.

Pacific Metals Co., Ltd., SoftBank Group Corp., and Nissan Motor Co., Ltd. declined by 4.8%, 3%, and 2.3%, respectively, losing the most among components of the Japanese indicator.

Today, the People's Bank of China decided to allocate 150 billion yuan (equivalent to $31.4 billion) to support bank liquidity on the eve of preparations for the Chinese New Year. At the same time, it was decided to reduce the interest rate to 2.25% from 2.35% on a yearly basis.

Among the components of the Hang Seng Index, the biggest decline was shown by Alibaba Group Holding, Ltd. whose securities lost 5%, as well as Netease Inc. whose securities fell by 7%. Meanwhile, Meituan dropped by 1.7%, BYD Co. slid by 3%, and Xiaomi Corp. plummeted by 2,8%.

Australian Regis Resources, Ltd. decreased by 15% due to the deterioration of the forecast for the current year. At the same time, Fortescue Metals dropped by 1.7%, Pilbara Minerals fell by 4.2%, and Lynas Rare Earth plummeted by 5.3%.