Forex Analysis & Reviews: GBP/USD: Can the correction of the pound be trusted?

The pound against the dollar is trying to develop a correction, but the price growth looks very unconvincing. Even though the Bank of England is trying to put out fires in the markets, the British pound still remains under pressure.

The reasons for this are quite obvious: investors are still concerned about the government's plans to reduce taxes in the country. The overwhelming majority of experts are confident that fiscal stimulus measures in Britain can cause inflation and inflate the national debt. There are also more harsh comments from British politicians, not only from the Labour Party, but also from the Conservatives. Many call the Finance Ministry's initiative a thoughtless gamble that could lead to an economic catastrophe.

Economists, in turn, point out that the price of this financial experiment is too high: according to preliminary data, the British government will need to borrow more than 70 billion pounds by the end of the current fiscal year (which ends in April 2023) and another 250 billion over the next five years. Experts warn that the authorities, in this case, will have to turn on the printing press to finance budget expenditures. 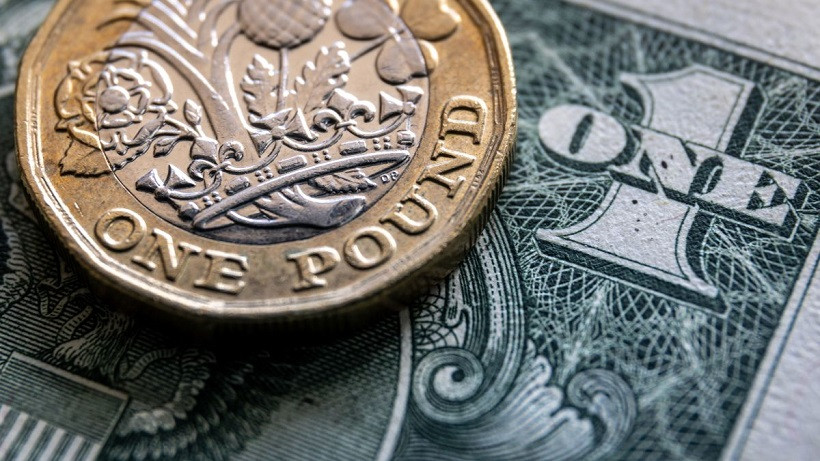 The International Monetary Fund has also added fuel to the fire, which, as a rule, voices rather restrained and politically verified comments. This time, representatives of the IMF published a very categorical statement in which they called on the British government to reconsider the proposed innovations. According to the Fund, the updated tax policy will lead to a further increase in inflation and "deepening inequality." At the same time, the IMF made it clear quite transparently that the plan proposed by Britain's finance ministry is beneficial primarily to the most affluent segments of society.

Following the IMF, Moody's experts also voiced their opinion. The rating agency raised its assessment of the risk of downgrading the country's credit rating and lowered its growth forecast for the British economy next year—from 0.9% to 0.3%.

However, despite the growing barrage of criticism, Prime Minister Liz Truss came to the defense of her government and supported the tax reform proposed by the finance ministry.

For this reason, the pound could not regain its lost positions. In pair with the dollar, the pound corrected, but did not even come close to the 10th figure. After reaching 1.0914, the pair turned 180 degrees and drifted.

Investors were skeptical about the actions of the Bank of England, which said it would buy up to 5 billion pounds a day of long-term government bonds until at least October 14. The statement of the English regulator states that "the purpose of such purchases is a return to normal market conditions. Purchases will be made on any scale necessary to achieve the goal."

On the one hand, the regulator prevented a collapse in the UK bond market and somewhat softened the blow. But on the other hand, the root of the problem remains: the British government is not going to revise its tax innovations.

Therefore, the intervention of the BoE will not be a panacea in the long and even medium term. The very fact of intervention in the government bond market has a twofold significance for the pound, and, in my opinion, this is more of a bearish factor than the other way around. The news that the Truss government does not plan to revise its fiscal policy, and Britain's new finance minister, Kwasi Kwarteng will not resign will serve as an anchor for the GBP/USD pair.

The greenback, in turn, continues to stay afloat. The US dollar index resumed its growth after yesterday's correction. The market is increasingly saying that the Fed will raise the rate by 75 points again at the November and December meeting. At least, there is almost no doubt about November: the overwhelming majority of economists surveyed by Reuters said this scenario is highly likely to happen. Therefore, the downward prospects of GBP/USD are due not only to the weakening of the pound, but also to the strengthening of the dollar.

From a technical point of view, the pair on the D1 timeframe is located between the middle and lower lines of the Bollinger Bands indicator, as well as under all the lines of the Ichimoku indicator, which shows a bearish "Parade of Line" signal. All these signals of a technical nature also indicate the priority of the downward movement. The first, and so far the main target of the downward trend is at 1.0700, the lower line of the Bollinger Bands on the daily chart. If the GBP/USD bears consolidate below this target, they will open their way to the base of the 6th figure (the lower line of the Bollinger Bands on the four-hour chart).