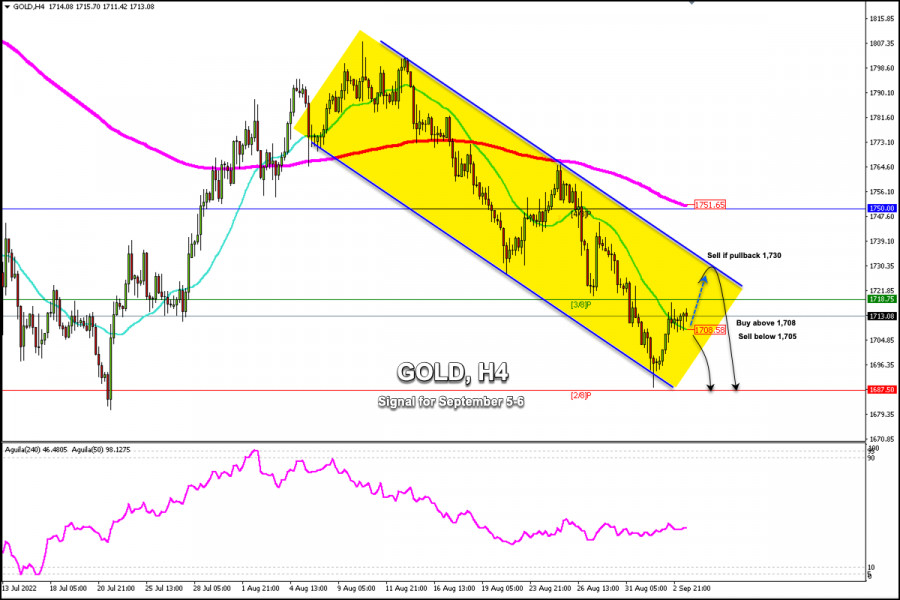 After the US employment report released on Friday, gold extended its recovery from its lowest in months. If it consolidates above the psychological level of 1,700 in the next few hours, it is expected to reach the EMA 200 area located at 1,751 in the next few days.

From the global point of view for gold, the overall trend remains bearish. The bears' target is at 1/8 Murray around $1,656.

Only a close above the 200 EMA located at 1,751 could encourage the recovery of gold in the medium term and its price could reach the zone of the psychological level of 1,800 and could even exceed this level.