Bitcoin is stubbornly resisting a further fall and is trying to stay above the July lows. So far, neither the technical picture nor short-term forecasts have changed. 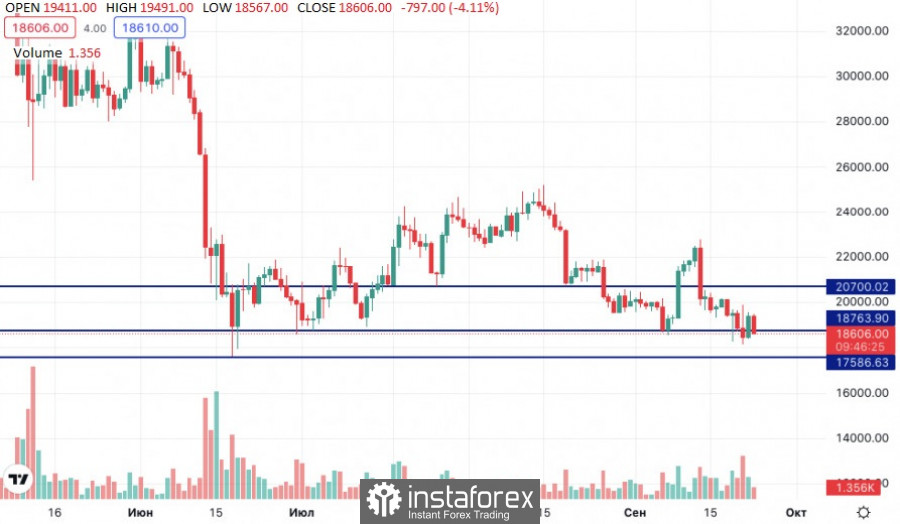 In the meantime, well-known crypto influencers have again embarked on optimistic long-term forecasts.

Bitcoin will outperform the commodity market

Mike McGlone, senior commodities analyst at Bloomberg, shared his view that bitcoin could outperform commodities in the next 10 years. In addition, he stated that this year the cryptocurrency could see a significant price spike.

McGlone tweeted: "Strong cure for a higher price for bitcoin in 2022." The main cryptocurrency has so far outperformed commodities: this decade has so far been "exceptionally good for bitcoin" and bad for the commodities market.

Additionally, he stated that 2022 could "prove that the cure for higher prices is stronger than ever in favor of crypto."

A recently released Bloomberg report states that bitcoin has outperformed ING BCOM (Bloomberg Commodity Index) so far. However, adds McGlone, the main cryptocurrency is currently falling to new lows and trading at a discount.

The analyst argues that if history can be seen as a benchmark, then bitcoin is likely to bounce back and outperform commodities, hitting new highs soon.

However, he suggested that the end of this collapse in cryptocurrency prices indicates a potential resumption of an "extended upward trajectory." Back in early September, McGlone said that bitcoin was still in a bull market.

Despite the fact that it has fallen by more than 60% compared to the recent historical high, Saylor believes that it will recover its price in the next four years. We touched on this topic a little in a previous review.

So the executive chairman of MicroStrategy, said that he expects bitcoin to return to its November high of almost $69,000 over the next four years.

His forecast is coming true, despite the fact that the main cryptocurrency has been feeling bad since the beginning of the year. Bitcoin reached a record high of $69,000 in November 2021, but is now trading below $20,000 per coin.

Saylor states that the current price of the main cryptocurrency means that bitcoin has reached its bottom and can only grow from here. He stressed that the quotes touched this support several times, so he concludes about its strength.

Since the beginning of the week, the main cryptocurrency has been trading around the $19,000 mark. Saylor also predicts that its price could reach 500,000 dollars in the next decade.

"The next logical step for bitcoin will be to replace gold as a non-sovereign savings asset."

Saylor's comments came a few days after MicroStrategy bought an additional 301 BTC. The company purchased the coins for $6 million at an average price of more than $19,000 per coin.

After this latest transaction, MicroStrategy owns 130,000 BTC, making it one of the largest institutional holders of the main cryptocurrency in the world. Over the past few years, the company has spent more than $3 billion to acquire BTC and may continue to replenish its reserves.

Earlier this year, MicroStrategy announced that it was building the Lightning Network, a payment protocol using the bitcoin blockchain.

According to data obtained from MarketWatch, Saylor personally owns approximately 17,732 bitcoins, which he bought at an average price of about $9,500.