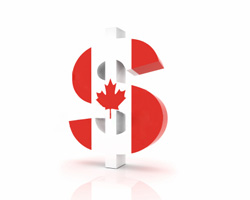 The Canadian dollar gained ground against its major counterparts in the European session on Tuesday, as Canadian Prime Minister Justin Trudeau attained victory for a third time in parliamentary elections held on Monday, allowing him to continue with a big spending plan during the crisis.

Early results showed that Trudeau's Liberal party is leading or elected in 157 seats, well short of the 170 required for a majority government.

The Conservatives were leading or elected in 121 seats, similar to the 2019 vote.

Trudeau called a snap election on August 15 in a bid to get a majority in parliament.

The currency was further supported by a rebound in oil prices as well as a fall in the dollar.

Investors looked ahead to the Fed meeting beginning later in the day to see whether the central bank will take a step closer to the tapering of the QE program.

The latest statement is set to include updated projections for interest rates and economic forecasts.

The loonie was higher against the greenback, at a 4-day high of 1.2743. The loonie is seen finding resistance around the 1.25 mark.

The loonie reached as high as 86.02 against the yen, compared to Monday's closing value of 85.28. Should the loonie rises further, it may find resistance around the 88 level.

The loonie edged higher to 0.9271 against the aussie from Monday's close of 0.9292. Next key resistance for the loonie is seen around the 0.90 level.

Looking ahead, Canada new housing price index, U.S. building permits and housing starts, all for August, are set for release in the New York session.