Overview of GBP/USD on June 14. The forecast for the "Regression Channels". UK: all attention is focused on the person of Boris Johnson. 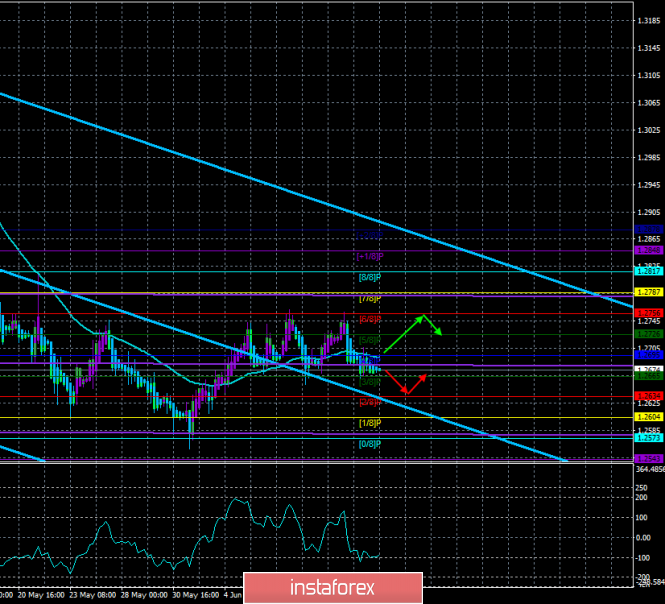 The last days for the pound/dollar pair pass in very boring movements. Neither news from the US nor news from the UK can move the pair from the dead point. Trading takes place mainly around the MA, which is directed sideways. However, it should be recognized that there is almost no news on the subject of Brexit, which continues to be of concern to most traders. Yesterday, it became known that Boris Johnson won the first round of elections for the post of leader of the Conservative Party and, accordingly, the British Prime Minister, but in the context of Brexit, it does not add any optimism. Johnson is a supporter of the early exit from the EU, but the whole Brexit procedure is exactly what was supposed from the beginning. It is unlikely that the government of Theresa May expect to stretch this process for many years. And it is still completely unclear how this divorce process between London and Brussels will end. The most interesting thing is that there are no comments from senior officials of the European Parliament and the European Commission. Especially in response to the election matches of some candidates for the UK Prime Minister, who promise new negotiations with the EU, and more favorable terms of the "deal". Today, in addition to two important macroeconomic reports from America, in the UK, there will be a speech by the head of the Bank of England Mark Carney. This potentially means that the market will receive important new information on monetary policy. However, in practice, Carney may not touch on the topics of interest to traders. Moreover, there are no reasons and grounds for changing rhetoric or providing new information. Thus, we believe that Carney will not announce anything new and important today. From a technical point of view, the pair formed a classic flat.

The GBP/USD pair overcame the moving average line, however, we are observing a pair of frank flat and we recommend waiting for its completion before resuming the trade.