Today is the busiest day of the week in terms of the economic calendar, the first to start is the British as it is set to publish a preliminary estimate of GDP for the second quarter and there we see a slowdown in economic growth from 1.8% to 1.4%. This is practically a slide into recession, which will not go unnoticed by market participants. Then, for the same Britain, data on industrial production will be released, where there is also a decline from 1.4% to -0.2%. Well, the news flow ends with the publication of data on producer prices in the United States, where the indicator should remain at the same level of 1.7%. In general, the British currency could be under pressure. 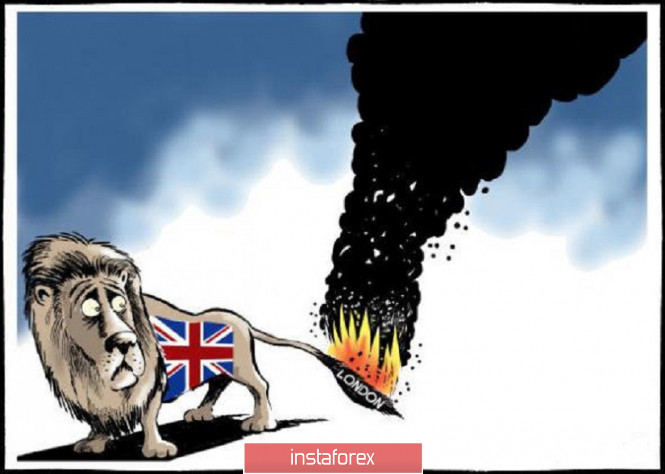 The GBP/USD pair has not exhaustively been moving horizontally as early as the ninth day, pumping two emotions at once on market participants: Fear of uncertainty and the desire not to miss a cross.

Looking at the trading chart in general terms, we see that the main downward movement is in the consolidation phase, due to ambiguity, but the trend has been downward and remains with a periodic support point of 1.2078.

It is likely to assume that the turbulence within the boundaries of 1.2100-1.2200 (+/- 20p) will still remain for some time, where the accumulation process will get even more agitated and as a result all this will result in an uncontrolled, inertial jump. Traders, in turn, take a wait-and-see position, giving priority to the "work on the breakdown" trading method.

Specifying all of the above in trading signals:

From the point of view of a comprehensive indicator analysis, we see that indicators on minute periods signal a purchase due to testing the lower limit of accumulation, but due to horizontal movement indicators of technical tools are variable. Intraday and medium-term periods signal a downward mood. 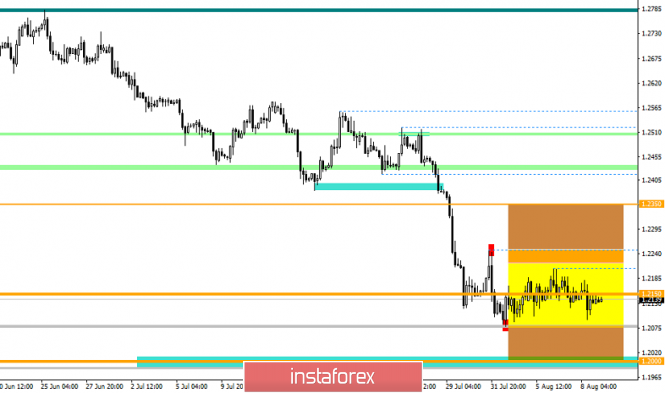