The European Commission lowered its eurozone GDP growth forecast for 2022 to 2.7%, but warned that in the worst-case scenario, disconnecting the region from Russian gas would slow the economy down to 0.2%. "Bulls" on EURUSD withstood this news stoically and even tried to go on the counterattack, hoping for the "hawkish" rhetoric of Christine Lagarde and the minutes of the April meeting of the ECB. These events of the week by May 20 will certainly become key for the euro. 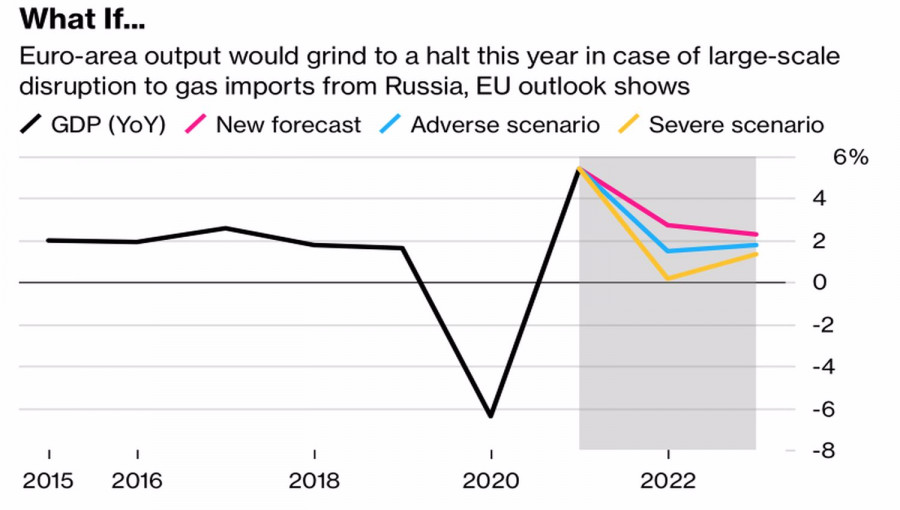 The European Commission believes that inflation in the Eurozone will accelerate to 6.1% in 2022, peaking around the second quarter. In 2023, consumer prices will rise by 2.7%, that is, they will remain above the target of 2% set by the European Central Bank. This circumstance provides additional trump cards in the hands of the "hawks" and should push the Governing Council to tighten monetary policy. According to Bloomberg experts, the ECB will raise the deposit rate by 25 bps at each of the three meetings—in July, September, and December. The interest rate will be raised twice—in September and December. As a result, the first indicator will reach 0.25%, and the second at 0.5%. 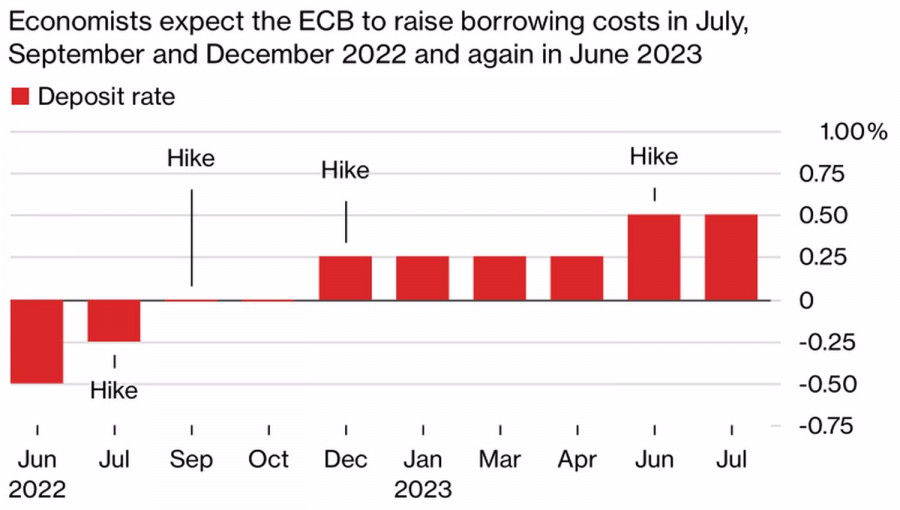 Thus, if we talk about the speed of economic growth and monetary policy, the advantage remains with the "bears" on EURUSD. The federal funds rate may rise to 3% by the beginning of the year, while the US does not experience such problems typical for the eurozone as an energy crisis, and its location is far from the epicenter of the armed conflict in Ukraine.

Another thing is that many "bearish" factors have already been taken into account in the quotes of the main currency pair, and fresh drivers are needed to continue the downward movement towards parity. For example, the caution of the ECB or even greater aggression of the Fed. Unexpectedly strong statistics on the US or unexpectedly weak on the currency bloc. Finally, the continuation of the downward movement of the S&P 500, which will indicate a deterioration in global risk appetite and will increase the demand for safe-haven assets.

The latter, by the way, tends to grow when the US economy boasts outpacing dynamics compared to its global counterpart. Given the slowdown in the GDP of the eurozone and China at the same time, this is exactly what is currently happening. An unexpected drop in China's retail sales and industrial production in April amplifies the likelihood of a decline in the second quarter. Yes, the Fed's aggressive monetary restriction could push the US into recession, but when will that happen?

Technically, there is a struggle for the 1.043–1.0435 area on the EURUSD daily chart. Closing above it is a reason to buy euros in the short term. In this scenario, there is a risk of a pullback in the direction of 1.047, 1.051, and 1.054. From there, it makes sense to sell the pair in the medium term on the rebound from the resistance. The formation of a Double Bottom pattern on the 1-hour timeframe gives hope for euro bulls. 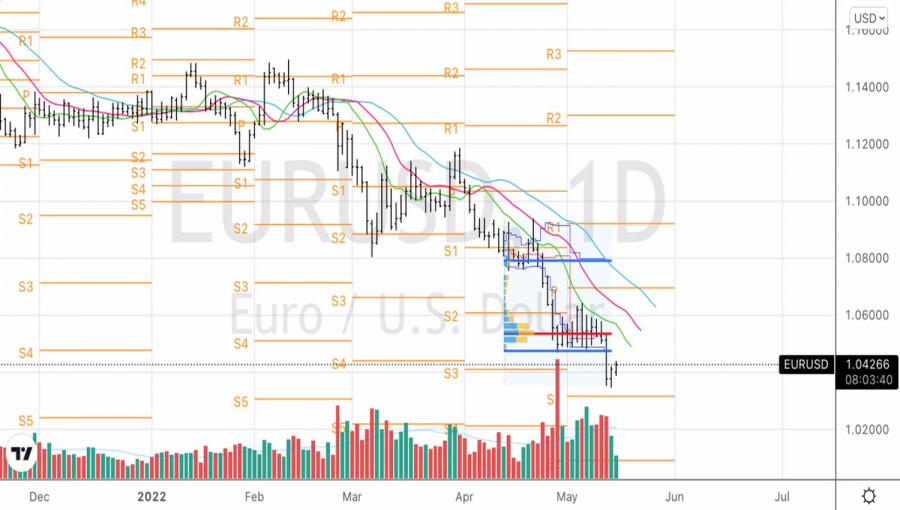 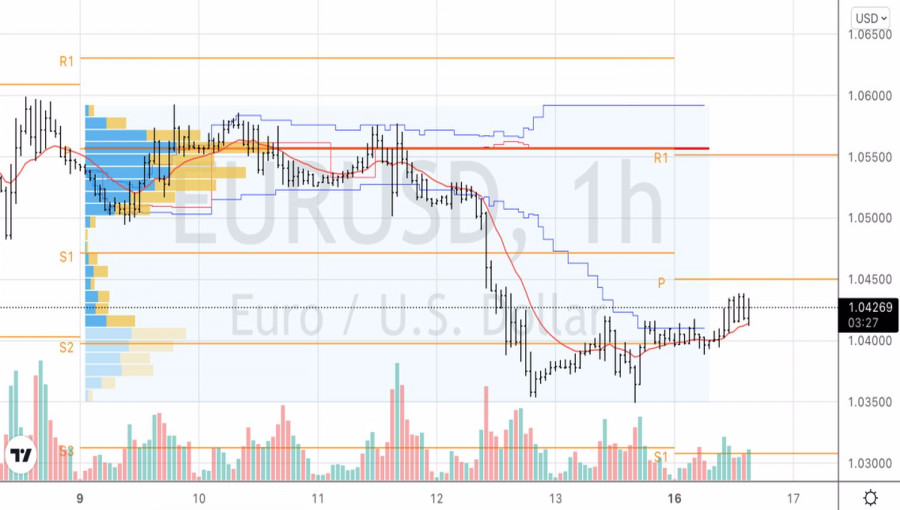