The pound was locked in the 1.22-1.23 range for almost two weeks and could not get out of it. And in theory, a day earlier it got close to the lower limit of the range, a reverse movement was expected already to the upper limit. However, yesterday the pound confidently broke through the lower limit. And this happened while final data on the GDP of the United States was released, which, firstly, coincided with preliminary estimates that had long been taken into account by the market, and secondly, showed a slowdown in economic growth from 5.5% to 3.5%. In other words, these data could not act as a reason for the dollar to strengthen. 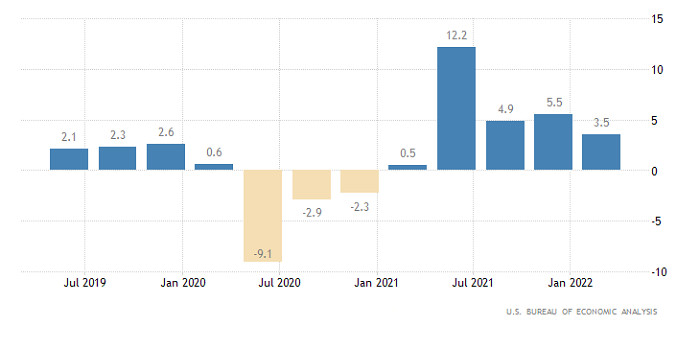 It is quite obvious that the market cannot stand still indefinitely, and sooner or later a way out of stagnation is inevitable. However, for this, at least formally, some reason is needed. Whether it's macroeconomic statistics or political factors. Just yesterday, there were obvious problems with one and the other. Not a single statement was made at the NATO summit that could affect the markets. In other words, the dollar's growth is due either to a purely speculative nature, or to technical factors. Most likely, both, since the dollar was growing, not declining, which fully fits into the logic of the ongoing trend to strengthen the US currency. The bottom line is that, all other things being equal, or in the absence of any news, the dollar should exactly grow.

Today, the dollar will have quite good reasons for growth in the form of data on applications for unemployment benefits. The number of initial applications should be reduced by 11,000, while the number of repeated ones by 5,000. 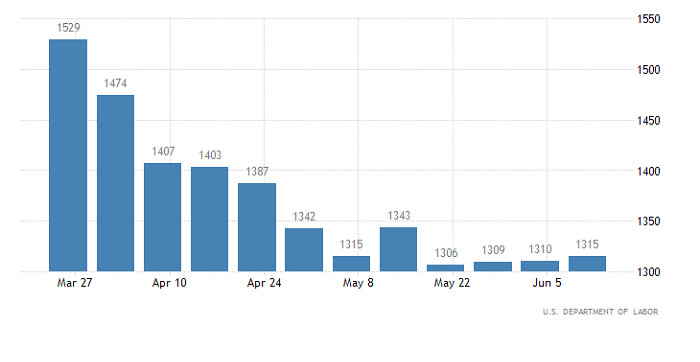 And although the changes seem to be insignificant, it's still about reducing the number of requests. Moreover, the US has an already record low unemployment rate. So there is practically nowhere for the labor market to improve further. And with this in mind, even such a reduction in the number of applications for unemployment benefits looks quite impressive.

The GBPUSD currency pair rushed down through a positive correlation with EURUSD. This movement led to the breakdown of the lower border of the flat 1.2155/1.2320. As a result, the pound fell to the area of 1.2100, where there was a stagnation.

The RSI H1 technical instrument was locally in the oversold zone, which indicated the overheating of short positions in short periods. RSI H4 and D1 are moving in the lower area of the indicator 30/50, which corresponds to the direction of the main trend and the current cycle.

The moving MA lines on the Alligator H1 and H4 indicators completed the variable swing in a downward direction. 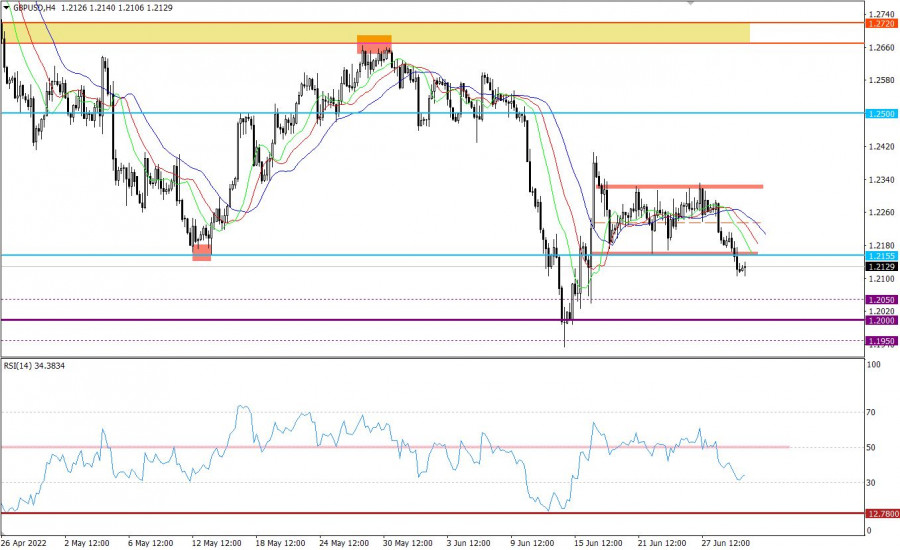 In this situation, the area of the passed level of 1.2155 can play the role of resistance, strengthening the downward interest. A signal of a subsequent increase in the volume of short positions is expected after the price is kept below the value of 1.2100 in a four-hour period. In this case, bears will have a chance to move towards the psychological level of 1.2000.

Complex indicator analysis has a variable signal in the short term due to stagnation. Indicators in the intraday and medium-term period indicate a downward cycle, signaling a short position.