فاریکس تجزیہ اور جائزے: Barclays and Goldman on the Bank of England meeting. A repetition of the May scenario with the pound's decline is possible 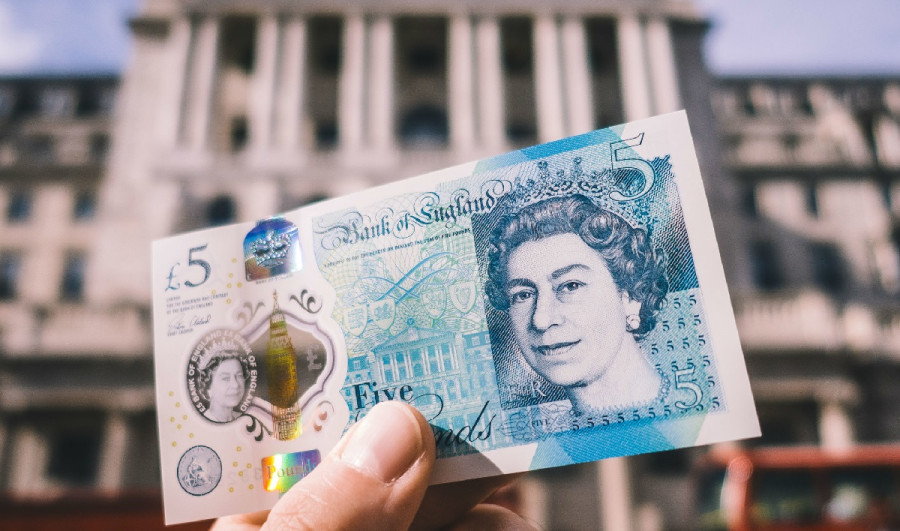 The pound is waiting for a super quarter, while market players are trying to figure out how dovish or hawkish the Bank of England will be.

So, how to trade the pound ahead of an important event this week? Will the meeting be important or will traders mostly pass by, since the price includes an increase of 50 bps. This is the main scenario.

An increase of 25 bps also takes place, in which case the pound may react with a fall. The downward trend will be exacerbated by the central bank's hints of a slowdown in the pace of policy tightening, as happened with the Australian dollar this week.

We can only say with confidence that the rate hike will be on Thursday. An additional increase of 100 bps is expected by the end of the year, after which the BoE will take a break. Thus, by the end of the year, the bank rate will be 2.25%. However, adjustments to further actions may be made at the August meeting. This kind of news will increase the pound's volatility.

The pound rose well against both the dollar and the euro in the second half of July and early August. A serious test for the currency is associated with the announced size of the increase and the form of forecasts for inflation and economic growth.

The Behavior of the Pound Ahead of the Meeting

The upward momentum has dried up, the GBP/USD pair is trading without pronounced dynamics on Wednesday. The day before, the exchange rate fell sharply to a low of 1.2158. At the same time, the strong support at the level of 1.2135 remains intact. The pound, apparently, has entered a consolidation phase and, most likely, will still trade in the range of 1.2040-1.2255, to which it has moved in recent sessions.

The growth of GBP/USD still remains in the scenario, the quote may rise to the area of 1.2300 and higher, then there will be rollback risks, according to the UOB. Currency strategists write that they did not expect such a strong pullback for the pound, at most it should have fallen to 1.2280.

Whatever one may say, the downward momentum of GBP is increasing, as a result of which the quote risks sinking to 1.2100, but this will not happen today.

Now, as technical analysts note, the GBP/USD pair has stabilized just above the support line of the bullish channel. This is a kind of signal for growth with a target of 1.2340 and 1.2490. However, do not lose your vigilance. A breakdown and stabilization below the support area of 1.2115–1.2077 will cancel this upward movement scenario and send the quote down.

Currency analysts of both banks are waiting for a rate increase of 50 bps, meanwhile, they do not rule out a decline in the pound after the announcement on the rate decision and economic forecasts.

In favor of the hawkish approach of the British central bank is that at the last meeting, the BoE did not meet the expectations of the markets, exposing the pound to the risk of falling. At the August meeting, it should rehabilitate and show that it is now ready to act decisively in an attempt to eliminate inflationary impulses.

In general, the fact of an increase of 50 bps may provoke a small rally of the pound, while an increase of 25 bps should lead to a sell-off, and in larger volumes than the rally. Meanwhile, both movements, according to analysts, will be of a short-term nature.

Barclays draws a parallel between the August and May meetings. There may be a repeat of the May policy update, when the central bank raised rates and published a number of forecasts indicating that inflation will fall below the 2% target in the medium term. Economic growth, in turn, will turn negative by the end of the year.

While we remember, the pound fell and the downward trend was traced for several weeks. A lot of water has flowed since then, and the GBP/USD exchange rate has returned to 1.2200 this week.

Barclays expects only one additional increase of 25 bps, this should happen in September. Meanwhile, any mention of stagflation risks or dovish forecasts for future growth should put pressure on the pound.

"We have previously said that a more balanced approach by the Bank of England to easing inflation will lead to a decrease in the productivity of the pound, and we do not expect a complete departure from this strategy at Thursday's meeting," Goldman Sachs writes.

Still, most strategists admit that a 50 bps rate hike will mark an important change in the central bank's approach. The Federal Reserve's return to a slightly more balanced strategy will not increase the importance of the BoE.