On Friday, the UK statistical data surprised traders. In the second quarter, the GDP growth rate declined to 2.9% from 8.7%, whereas economists had expected a slowdown to 2.8%. Although the growth pace is slackening, it is doing this slower than anticipated. In addition, the UK industrial production increased by 2.4% compared to a rise of 1.8% in the previous period. Analysts had predicted a smaller increase of just 1.7%. Notably, the previous figures were downwardly revised to 1.4%. 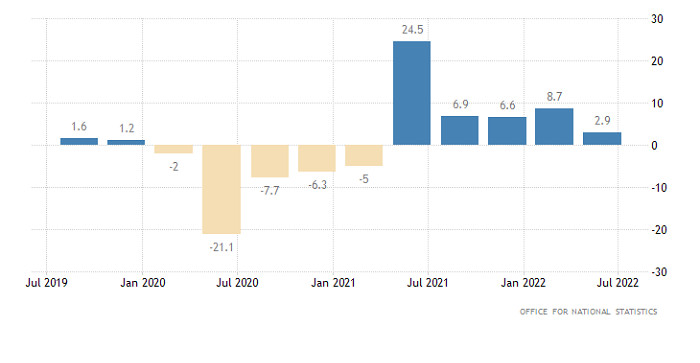 Nevertheless, the pound sterling continues losing value. The fact is that the recent rise in the British pound was caused by the US inflation figures and hopes that the Fed would take a less aggressive approach to the key interest rate hike. However, some comments provided by the regulator's representatives made it clear that such conclusions were premature. As a result, the market returned to the levels recorded before the publication of the US inflation figures. The price is likely to settle near the current levels in an anticipation of news or fresh data that may clarify what actions the Fed may take in the near future.

Against the backdrop, the pound/dollar pair downwardly broke the level of 1.2155. This allowed the US dollar to recover after the recent decline recorded in the middle of the previous week.

On the four-hour chart, the RSI technical indicator downwardly crossed the 50-day moving average, signaling a rise in the volume of short positions. On the daily chart, the indicator is slightly above line 50, which points to the ongoing correctional movement.

On the daily chart, we see a correctional movement from 1.1760. There is no signal about a change in the mid-term trend. 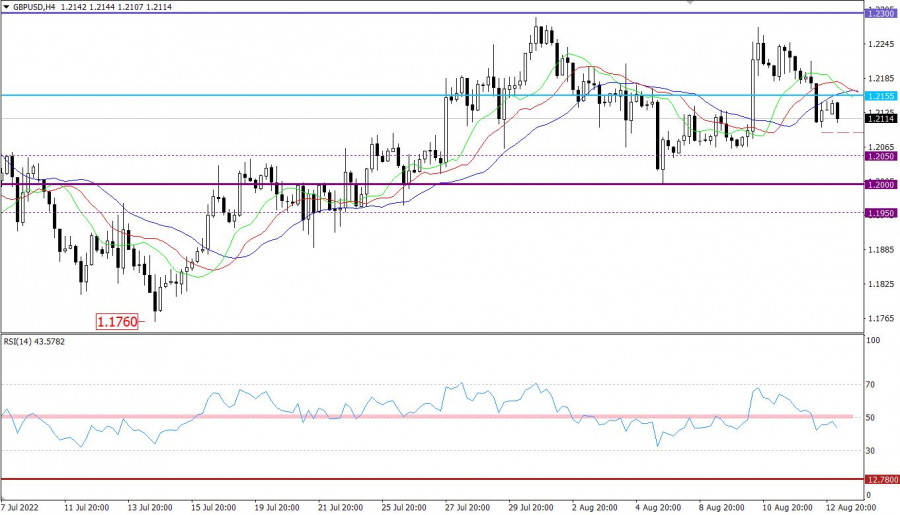 Under the current conditions, traders remain interested in the US dollar. That is why the pair's settlement below 1.2090 may cause even a deeper decline to the psychological level of 1.2000 (1.2050).

The alternative scenario will become possible if the price returns to 1.2160 on the four-hour chart. In this case, the downward trend may stop.

In terms of the complex indicator analysis, we see that on the short-term and intraday periods, there is a sell signal caused by the recovery of the greenback. On the mid-term trend, the indicator is signaling mixed opportunities due to the slowdown in the downtrend.