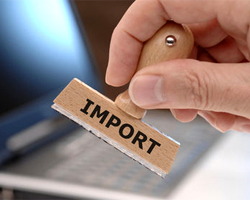 The producer and import prices fell 1.0 percent year-on-year in January.

On a monthly basis, producer and import prices remained unchanged in January.

Prices for petroleum products were higher in January, while prices for pharmaceutical preparations became cheaper, the agency said.

The producer prices fell 0.6 percent annually in January, while they edged up 0.1 percent from the previous month.