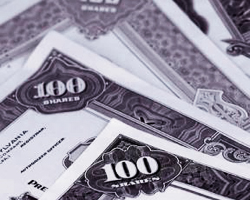 The manufacturing sector in the Philippines continued to contract in June, albeit at a slower pace, the latest survey from IHS Markit revealed on Wednesday with a manufacturing PMI score of 49.7.

That's up from 40.1 in May, although it remains beneath the boom-or-bust line of 50 that separates expansion from contraction.

Individually, manufacturers raised their output levels for the first time since February.

New orders continued to fall, but the rate of decline eased considerably. Job shedding accelerated to its fastest rate in three months.