EUR/USD: the Fed will reduce the rate proactively, and the ECB can bring super-soft policy to a new level 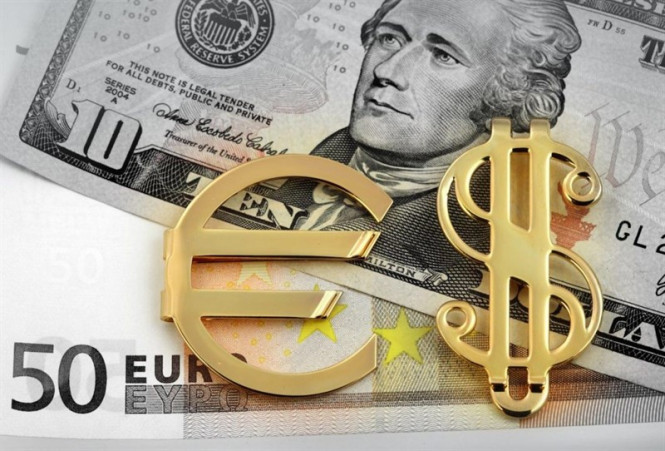 If stock indices are an indicator of the effectiveness of the US President, as Donald Trump has repeatedly stressed, and the S&P 500 index is growing on expectations regarding the easing of the Fed's monetary rate, then why not the head of the White House continue to criticize the Central Bank, forcing it to reduce the interest rate? In addition, this task is simplified if the regulator makes decision-making dependent on trade conflicts and the state of the world economy.

"Uncertainty about the Fed's economic outlook has increased, especially in terms of the situation in the trade sector and global growth," Fed Chairman Jerome Powell said yesterday.

At the same time, he once again stressed that the US Central Bank is closely monitoring the downside risks for the US economy and is ready to take appropriate measures to support its growth.

Thus, the White House only needs to maintain tension in relations with China, pushing Jerome Powell and his team to monetary expansion.

Yesterday, D. Trump said that Washington and Beijing have a long way to go in trade negotiations. He also noted that the US can introduce additional duties on goods from China worth $325 billion if required.

On July 31, the next FOMC meeting will be held, following which the federal funds rate may be reduced by 25 basis points.

The increase in the probability of a rate cut in July by 50 basis points immediately after the Fed Chairman's speeches in Congress contributed to the weakening of greenback, but strong statistics on the United States intervened.

When retail sales in the country grow for four months in a row, exceeding the forecasts of experts in June, and industrial production begins, albeit slowly, to recover, there are doubts about the slowdown in US GDP and the feasibility of easing monetary policy on the part of the Fed.

The latest strong US statistics have allowed Macroeconomic Advisers to increase the country's economic growth in the second quarter from 1.8% to 2.1%. At the same time, the leading indicator from the Atlanta Federal Reserve Bank indicates that US GDP will expand by 1.7%, rather than 1.3%, as was previously expected.

Apparently, the Fed rate cut by 25 basis points on July 31 is already included in the quotes. It is assumed that the dollar will respond to the decline only on the signals of the subsequent rate cuts. There is no reason to expect that it will be reduced by 50 points at the end of the month – the US economy is still in good condition. That is, the rate will be reduced proactively, to insure against a recession in the United States due to trade wars and the slowdown of the world economy.

On the eve of the head of the Federal Reserve Bank of Dallas, Robert Kaplan said that any reduction in the federal funds rate should be modest, restrained and limited. According to him, this is not the beginning of the monetary expansion cycle, but merely a tactical move due to the inversion of the Treasury yield curve.

Meanwhile, the latest weak statistics from the EU have caused a new wave of talk about a possible reduction in rates by the ECB and the resuscitation of the quantitative easing (QE) program.

According to the forecast of Societe Generale, in September, the regulator will cut the rate on deposits by 10 basis points, and before that, it will strengthen the downward bias of its statements of intent following the meeting scheduled for next week.

Recently, the nomination of the former head of the IMF Christine Lagarde as head of the ECB. Market participants expect that under her leadership, the European regulator will bring the already "soft" monetary policy to a whole new level. Given the above, the EUR/USD pair has all the chances to decline to the area of 1.10.