Complex euro or why the euro does not want to fall 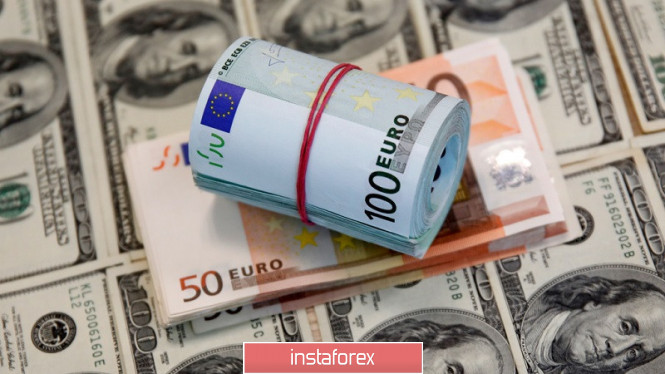 The EU has published a series of data, from which it became clear that consumer prices in Germany unexpectedly rose in July. This slight acceleration, hopefully, will not affect market expectations regarding a reduction in the ECB deposit rate, as well as measures to further mitigate monetary policy.

The European Central Bank made it clear in July that it was ready to lower short-term interest rates and restart a large-scale securities purchase program. In a statement following the meeting, financiers focused on the weakening economy of the region, and also expressed concern about global negative factors - trade conflicts and Brexit.

The next meeting of the ECB will be held on September 12. An impressive package of measures is expected to be taken that day, including a 0.25% rate cut and a restart of the quantitative easing program. This puts pressure on both the single currency and the EUR/USD pair. At the same time, several diverse factors are currently operating on the financial markets.

On the one hand, investors are worried about a new round of trade conflict between Beijing and Washington. The introduction of new import duties on Chinese goods and the "cross" put on Friday by D. Trump at the close of a trade deal increase the risks of a stronger slowdown in the global economy. On the other hand, the US economy looks quite stable when compared with other world giants, and continues to grow. Therefore, investments in US assets and the dollar continue to flow.

The owner of the White House constantly criticizes the Fed for refusing to follow his lead in the matter of rate adjustment. However, easing monetary policy is unlikely to fulfill D. Trump's desire, significantly weakening the dollar's position.

"Hard" Brexit will nevertheless take place in late October. Political and economic disagreements within the EU are growing: the Italian League is against the EU fiscal policy and demands an increase in the country's budget deficit, which contradicts EU rules. Do not discount the sluggish processes with regard to the EU in Greece and Spain, as well as the accelerating devaluation of national currencies in some states. Three central banks - India, Thailand, New Zealand - have cut rates. All these are underestimated risks, which only add a portion of negativity to the mood of the business.

Given global geopolitical and economic problems, investors will prefer safe havens and the dollar. So, the shortest position on the EUR/USD pair will serve as the most profitable long-term strategy.