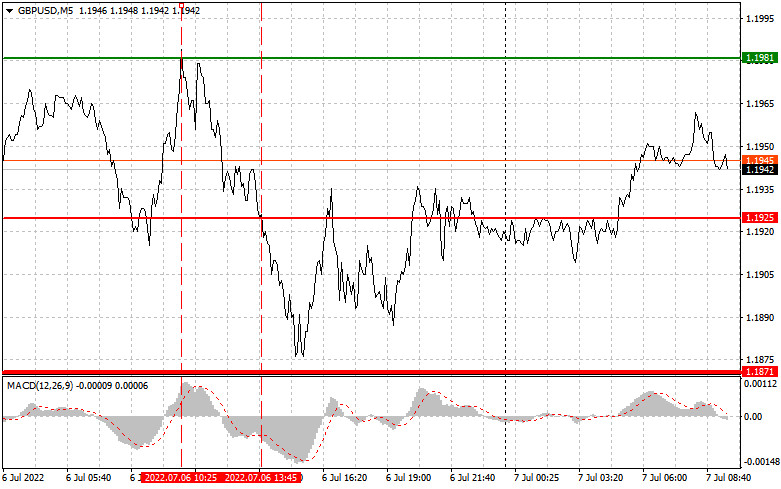 Ahead are important reports that could drive the market, such as labor productivity data and house price index in the UK. The two may prompt a price increase in GBP/USD provided that the figures exceed expectations. Bad reports may be ignored by sellers as an upward correction has been brewing for a long time already. Later in the afternoon, the US will post reports on the labor market, particularly the change in the number of people employed in the non-farm sector and the number of first-time claims for unemployment benefits. The two may provide more buying pressure to dollars. US trade surplus figures and speeches by FOMC members are unlikely to have a strong impact on the market.

Buy pound when the quote reaches 1.1965 (green line on the chart) and take profit at the price of 1.2031 (thicker green line on the chart). However, there is little chance for a rally today because the market is bearish. Nevertheless, when buying, make sure that the MACD line is above zero, or is starting to rise from it. It is also possible to buy at 1.1915, however, the MACD line should be in the oversold area as only by that will the market reverse to 1.1965 and 1.2031.

Sell pound when the quote reaches 1.1915 (red line on the chart) and take profit at the price of 1.1871. Pressure will return if there is no bullish activity at yearly lows and if the UK releases weak economic statistics. However, when selling, make sure that the MACD line is below zero or is starting to move down from it. Pound can also be sold at 1.1965, but the MACD line should be in the overbought area, as only by that will the market reverse to 1.1915 and 1.1871. 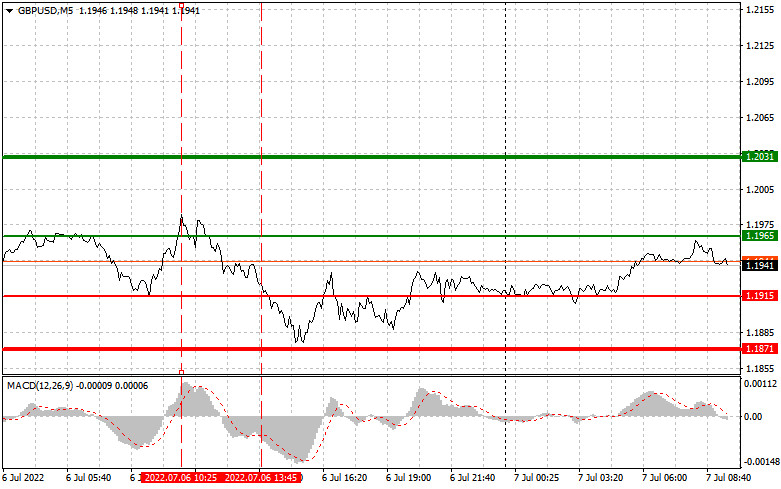