Bitcoin began to rise on Wednesday morning, when this article was written, its price had reached $19,123.

According to virtual asset price tracking website CoinMarketCap, over the past 24 hours, the highest value of bitcoin reached $19,548, and the lowest was $18,813. 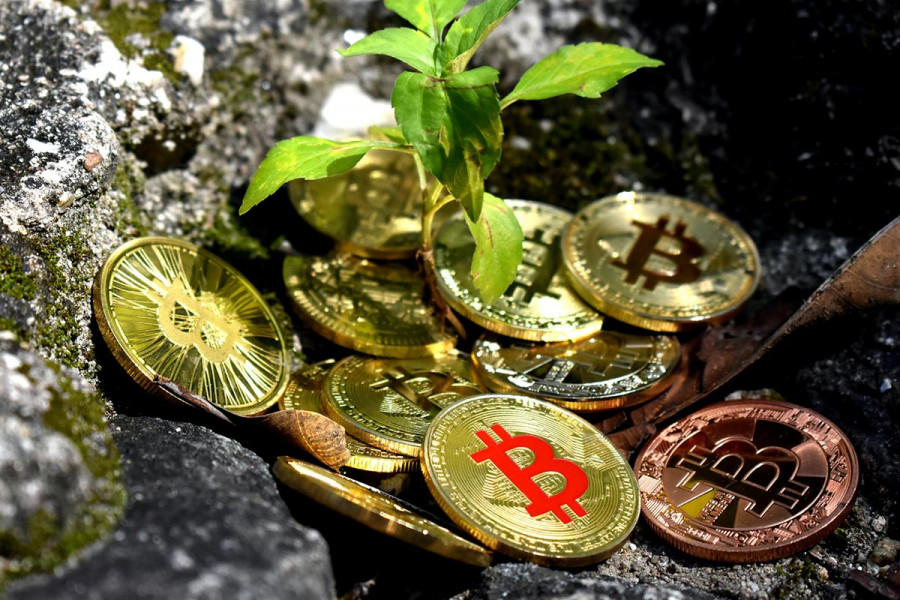 Over the past seven days, bitcoin has fallen in price by 16%. The main reason for the confident decline of the first cryptocurrency in recent days, experts call a protracted fall in key US stock indices, as well as fresh data from the US Department of Labor, according to which the August inflation rate in the country decreased to only 8.3% from 8.5% in July.

The results of the September meeting of the US Federal Reserve on the next increase in the key interest rate will be made public on Wednesday. During this meeting, the central bank carefully assessed the final inflation rate. Analysts are sure that amid a slight decrease in the consumer price index, the US central bank will not refuse another rate hike by 75 basis points. So, last week, Fed Chairman Jerome Powell announced the central bank's readiness to "act decisively" in order to combat record levels of consumer prices in the country.

To date, approximately 82% of the market is confident that the Fed will increase the base interest rate by 75 basis points. At the same time, 18% is set aside for a possible rate increase of 100 basis points. As a result, the central bank's interest rate could rise to 300-325 bps or 325-350 bps, respectively.

By the way, recently experts from the analytical company Kaiko reported that the volatility of BTC significantly depends on the results of the meetings of the Fed.

According to analysts from Kaiko, a high correlation of bitcoin with the decisions of the Fed was recorded in the summer of 2021, which indicates that the cryptocurrency market has long been influenced by key macroeconomic indicators.

So, when in May 2022 the Fed increased the rate range to 0.75-1% per annum, the cost of the first cryptocurrency sharply overcame the level of $40,000, but on the same day it fell below $36,000, starting the process of a protracted correction.

In June this year, when the US central bank raised its key rate to 1.5-1.75%, bitcoin immediately reacted with spectacular growth.

Experts are confident that in the coming months, the digital asset market will respond even more strongly to the speeches of world central banks, because often, an increase in the interest rate dramatically reduces the ability of investors to invest in risky assets such as virtual currency.

The weak results of the last trading session on the US stock market also became an important factor in pressure on the BTC on Wednesday. So, on Tuesday, the Dow Jones Industrial Average fell 1.01%, the S&P 500 plunged 1.13%, and the NASDAQ Composite fell 0.95%.

Since the beginning of 2022, analysts have increasingly begun to emphasize the high level of correlation between the US securities market and virtual assets amid intense anticipation by both of the consequences of the geopolitical conflict in Eastern Europe and further steps by the Fed.

Earlier, experts from the investment company Arcane Research have already stated that the correlation of BTC and technology securities has reached its peak since July 2020.

The current situation looks rather ironic, because since the advent of cryptocurrency, it has been positioned as the main tool for protecting against inflation and price volatility in traditional markets. However, in recent months, digital assets have been increasingly correlated with stock markets, which casts doubt on the success of virtual coins.

Ethereum, the main competitor of bitcoin, also started the trading session on Wednesday with a rise and by the time of this writing it has reached $1,343.

Over the past seven days, the value of the altcoin has fallen by 17%. At the same time, the key reason for such a sharp drop in ETH was the most long-awaited event of the current year for cryptocurrency fans.

So, on the morning of September 15, the Ethereum network successfully migrated from the Proof-of-Work (PoW) algorithm to Proof-of-Stake (PoS), which does not require mining. The migration happened as part of a major update to The Merge.

At first, the quotes of bitcoin's main competitor reacted to positive news with growth, but later fell sharply by 8.2%.

According to the results of the past week, in the top ten of the strongest digital assets, the fall list was headed by the Ethereum cryptocurrency (-15.60%), and the highest results were recorded by XRP (+22.06%).

According to CoinGecko, the world's largest virtual asset data aggregator, Cosmos (-9.87%) took the first place in the drop list among the top 100 most capitalized digital assets over the past 24 hours (-9.87%).

According to the results of the past week, the digital asset Ravencoin (-39.14%) showed the worst results among the top hundred strongest digital assets.

In the past 24 hours, the total market capitalization of cryptocurrencies has dropped to $920 billion, according to CoinGecko.

Since last November, when this figure exceeded the $3 trillion mark, it has more than tripled.

The unpredictable behavior of the digital coin market forces analysts to make the most unexpected predictions about its future. The CEO of Dogifox Nicholas Merten said that BTC is waiting for a collapse to $14,000.

The crypto expert came to this conclusion due to technical and macroeconomic factors. So, Merten is sure, the recent exchange rate movement of digital gold may signal the end of a 10-year bullish cycle, after which the coin will cease to be a key asset compared to other commodities and stocks.

An important macroeconomic incentive to reduce the cost of the first cryptocurrency, the crypto expert believes, may also be the Fed's decision. Despite the potential dangers for the global economy, the US central bank is likely to continue raising interest rates until the record inflation is completely defeated.

The combination of all the above technical and macroeconomic factors, the Dogifox CEO believes, will soon push bitcoin to the price bottom at $14,000. If the coin collapses to these values, its correction will be 80% of the historical record of $69,000.

As for the near future of bitcoin's main competitor, the altcoin Ethereum, Merten suggests that the cryptocurrency will retest the $800-$1,000 range, and in the worst case, quotes will fall even lower.

However, there are those who hold more positive views regarding the future of key players in the cryptocurrency market. So, recently the former top manager of the financial conglomerate Goldman Sachs, and now the CEO of Real Vision, Raoul Pal, said that digital assets will grow steadily in the coming year.

The analyst explains his optimism about the cryptocurrency market in the long term by the global economic crisis and the merger of Ethereum.

So, Pal is sure that against the background of ETH migration to the Proof-of-Stake algorithm, miners who sell altcoins every day will leave the market. As a result, there will be a decrease in the volume of offers and $6 billion in Ethereum will disappear from monthly sales. In this case, the main competitor of bitcoin will be less prone to inflation.

In addition, the CEO of Real Vision believes that, thanks to the constantly growing demand, the decrease in the supply of ETH and the environmental problems of BTC, 2023 can be very successful for Ethereum.

A montanha-russa no BTC continua no novo ano.