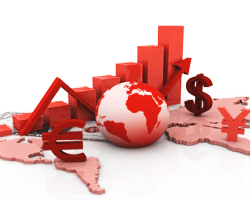 Economic confidence survey results from Germany and labor market statistics from the UK are due on Tuesday, headlining a busy day for the European economic news.

At 2.00 am ET, the Office for National Statistics releases UK unemployment data. The jobless rate is forecast to remain unchanged at 3.9 percent in three months to February.

In the meantime, foreign trade from Switzerland and wholesale prices from Germany are due.

At 3.00 am ET, the Czech Statistical Office is set to release producer price data for March. Economists forecast prices to rise at a slower pace of 0.2 percent after climbing 1.4 percent in February.

Half an hour later, Statistics Sweden issues unemployment data for March. The jobless rate stood at 8.2 percent in February.