AUD / USD. Australian "minutes": what will the RBA protocol talk about?

Data on the Australian labor market which was released late last week supported the Australian currency. Together with the US dollar, the Australian stayed in the 67th figure and even tested the boundaries of the 68th figure. Of course, we cannot talk about any large-scale growth of the pair, but given the overall dominance of the greenback, this result looks pretty good. The Asian trading week started without a gap - the price level of the opening coincided with the level of the closing of Friday, as the weekend was quite boring and uninformative. Nevertheless, this week promises to be "fun", due to the publication of the Fed protocol and the economic symposium in Jackson Hole. 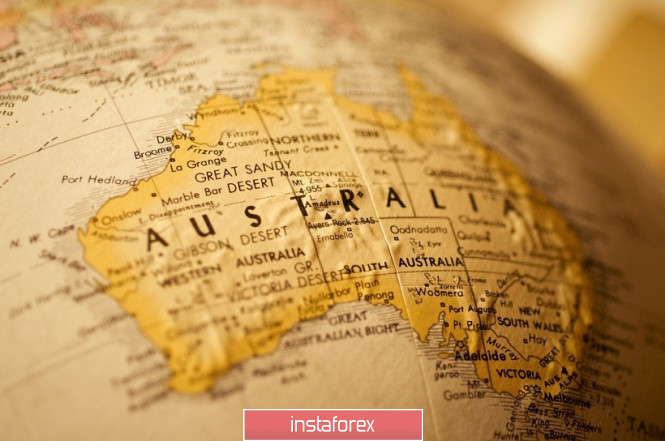 However, the Australian dollar is waiting for its "release": we are talking about the minutes of the last meeting of the Reserve Bank of Australia, which took place on August 6. In general, this meeting of the RBA members was neutral in nature - especially compared to the August meeting of the RBNZ, at which the New Zealand Central Bank unexpectedly reduced the rate immediately by 50 basis points. Traders of the AUD/USD succumbed to a general panic, in the context of possible similar actions by the RBA. Although, the text of the accompanying statement by the Australian Central Bank, as well as subsequent statements by Philip Lowe made it clear that the Australians are unlikely to follow the path of New Zealand colleagues - at least in the near future. Shortly after the meeting, the head of the RBA said that Australia needed a "long period of low interest rates" to accelerate inflation, reducing unemployment and rising wages, and "if necessary," the Central Bank will continue to soften monetary policy. This rhetoric of Philippe Lowe is fully consistent with market expectations. After the escalation of the trade war between the United States and China, investors are laying at current prices a rate cut to 0.75% at one of the autumn meetings and to 0.5% at the beginning of next year.

It is also worth noting that the head of the Australian regulator focused on the dynamics of the labor market - he believes that unemployment is likely to remain at about 5%, at least until 2021. Meanwhile, according to the RBA, the unemployment rate should drop to 4.5% in order to exert upward pressure on wages. In other words, the results of the RBA made it clear that Australian labor market indicators will play a special role for the Australian currency - especially in the dynamics of wages.

In this context, data on the growth of the Australian labor market which was published last week reduce the possibility of aggressive measures to ease the monetary policy by the RBA. And although the unemployment rate remained at 5.2% (at this point, the indicator has been released for the fourth month in a row), the number of employment growth jumped by 41 thousand (with a modest forecast of growth to 14 thousand). These figures themselves demonstrate the dynamics of the recovery of the labor market, but here, it is separately necessary to dwell on the structure of this indicator.

The fact is that the positive dynamics of employment growth in July was mainly due to the growth of full employment - this component jumped by 34.5 thousand. However, part-time employment, on the contrary, showed negative dynamics, rising by only 6.7 thousand. This trend can have a positive effect on the dynamics of wage growth, since regular positions, as a rule, offer a higher level of wages and a higher level of social security. In addition, the indicator of the share of the economically active population also turned out to be at a quite high level: the indicator updated the annual maximum (66.1%), repeating the similar success of the month before last.

Moreover, it is noteworthy that under the circumstances, each publication that came out "in the green zone" is important for the Australian currency. Reducing the interest rate in early June - the second time in half a year - the Reserve Bank of Australia at subsequent meetings did not get tired of repeating that the further steps of the regulator will depend on incoming data, especially in the labor market. Therefore, the published figures allow us to hope that the scales of the RBA during the autumn season will tend to fall to the variant of a wait-and-see attitude, despite the general market expectations, indicate the opposite. 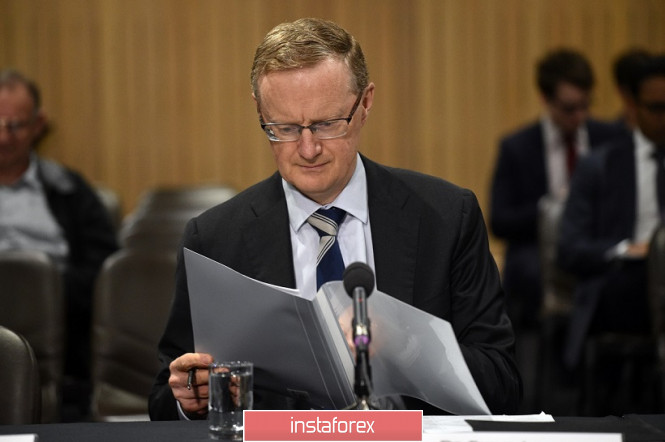 It is also worth recalling that Philip Lowe has repeatedly recalled the side effects of too low interest rates. Ahead of events, the RBA will reduce its maneuverability, which is especially risky in the uncertain prospects of a trade war between the United States and China. That is why the Central Bank of Australia is in no hurry to resort to another decline, hoping for the recovery of key macroeconomic indicators.

If the published minutes of the last RBA meeting confirm this assumption, the Australian dollar will receive support for its further corrective growth. The immediate goal of the upward correction is the level of 0.6830 - this is the middle line of the Bollinger Bands indicator on the daily chart. If the pair impulsively overcome this target, the next resistance level is the lower boundary of the Kumo cloud, which corresponds to the price of 0.6940.