A minutes was issued from the last RBA meeting on monetary policy this morning. Committee members agreed that the economy will slightly decline in the medium term due to drought and the outbreak of SARS in China. By the end of the year, financial politicians are waiting for the economy to grow, pending the growth of investment in fixed assets. This made market participants doubt such optimism, since the IMF expects the global economy to weaken by the end of the year. It was also mentioned that the committee was considering options for lowering the rate, but decided to postpone and leave room for maneuver in the event of a worsening economic situation. In general, the rates are supposed to be kept at a low level for quite a long time. 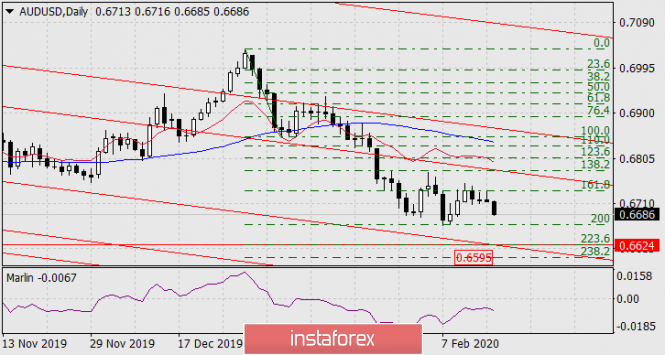 On the H4 chart, the price crossed both indicator support lines - the balance line (red) and the MACD line (blue). Marlin is declining in the negative trend zone. The Australian dollar will continue to decline. 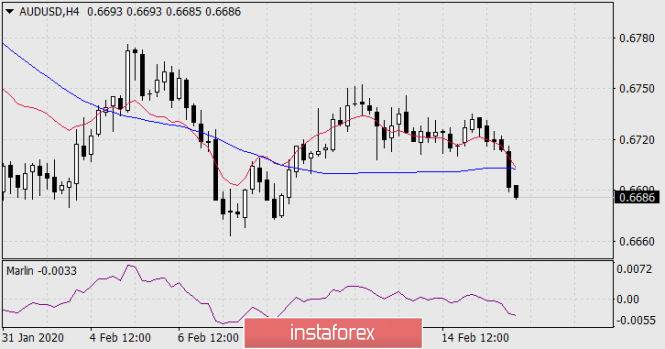