Over the past week, Bitcoin has established itself as the new stablecoin. The asset continues to actively move in a strictly defined range of $29k–$30k without prerequisites for going beyond this area. The main reason for the melancholic movement of the cryptocurrency was a week of high volatility in the digital asset market and the renewal of the local BTC bottom around $24k. The current price movement can be defined as stabilization before a trend reversal.

JPMorgan experts do not confirm this trend, but at the same time said that the fair value of Bitcoin is around $38k. That is, the digital asset is trading $8k below a level that reflects its true value. This suggests that the cryptocurrency is seriously undervalued and its current value and opportunities are much wider. Will this be a signal for further growth? Most likely not. In the short term, the asset may indeed reach the $33k–$35k range, but there is no talk of a full reversal.

The price drop below $30k, weak prospects for further growth, and a serious undervaluation of Bitcoin are a direct result of extreme conditions in both the market and the macroeconomic arena. The markets are now in conditions they have never experienced before. The uncertainty is forcing investors to massively transfer capital into assets that are directly supported by regulatory authorities. 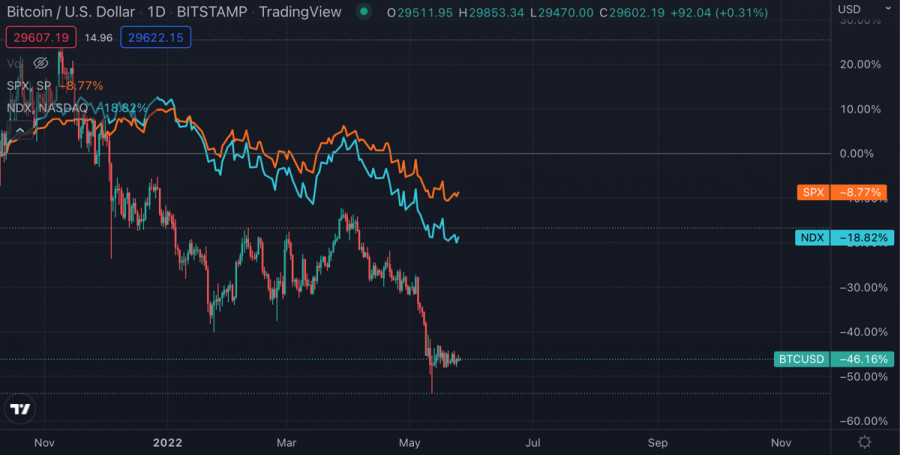 Bitcoin, on the contrary, is losing ground due to the increased correlation with the stock markets. The co-dependence of the markets was due to a similar investment model during the coronavirus crisis, which subsequently provoked an identical process and pace of liquidity withdrawal. In such a situation, investors do not analyze the prospects of a particular asset, but pursue capital preservation goals. 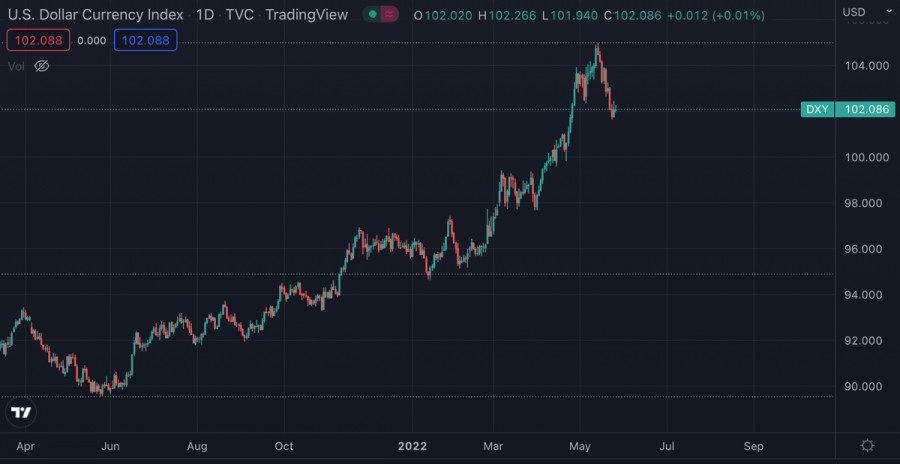 At the same time, JPMorgan claims that the current price drop below the fair mark is more like a capitulation of investors. In other words, some of the players have completely unloaded their portfolios, and the released volumes are exerting powerful pressure on BTC/USD quotes. Judging by the growing volume of BTC coins that are being withdrawn from crypto exchanges, a significant part of investors continue to accumulate assets. This is also facilitated by the local correction of the dollar index. The only clear obstacle that will not allow Bitcoin to make a trend reversal in the short term is the start of a quantitative tightening program.

First of all, this program will affect the stock market, but given the high correlation, the crypto market will also be seriously affected. When the downward movement resumes, the main targets will be in the $20k–$25k area. An important psychological mark for investors will be the level of $20k, the breakdown of which will bring the price in the area of $15k, where the potential of the "Head and Shoulders," as well as the "bear flag" passes. In any case, investors cannot fully determine the consequences of the withdrawal of $45 billion in June, and therefore it is worth waiting for an increase in volatility and spontaneous actions of crypto market players. 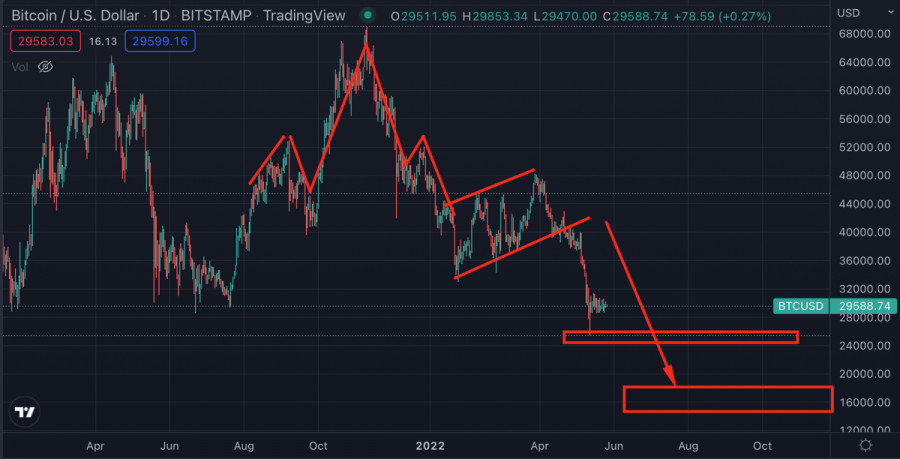