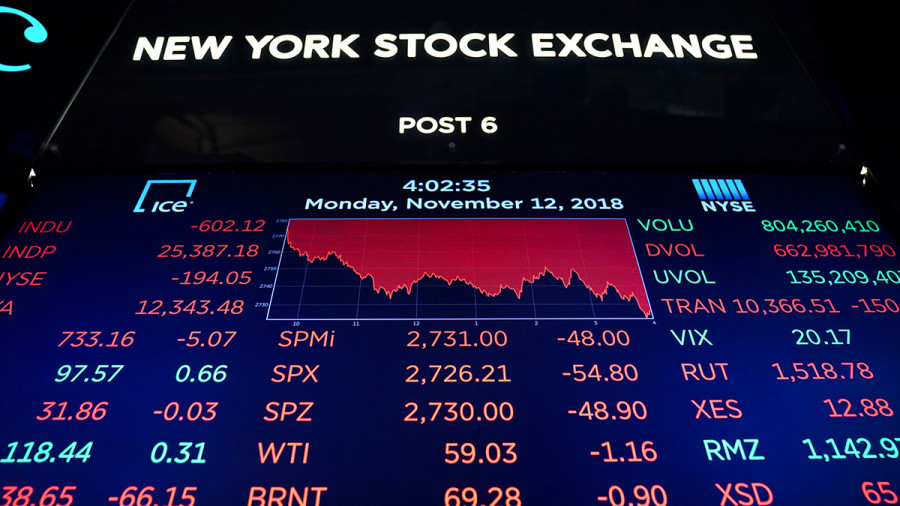 Key US stock market indices - Dow Jones, NASDAQ, and S&P 500 - ended Thursday and Friday with new growth. We still believe that 2022 will be the "year of global correction", so we consider each growth of stock indices as a correction against a correction. Recall that no instrument in any market can constantly move only in one direction. Therefore, if we assume that we have a downward trend now, then any upward movement is a correction. Recall also that the Fed is only at the very beginning of its path to tightening monetary policy. The whole process of tightening can take at least a year, and if we talk about the QT program, it can be much more. If the key rate can be brought up to 3.5% by the end of the year (as James Bullard suggests), then the reduction of the Fed's balance sheet may take at least two to three years. Of course, we do not yet know how much the regulator wants to reduce its balance sheet, which is now about $ 9 trillion. However, it is unlikely for any insignificant value. If it is reduced by about $ 100 billion per month, it will be able to decrease by 1.2 trillion over the year. Therefore, even to reach the pre-pandemic values, it will take 3-4 years. Well, in the coming year, when there will be not only QT but also an active rate increase, stock instruments simply have no other way but down. Recall that the cryptocurrency market is also going through hard times.

Geopolitics can start exerting additional pressure at any moment. From the latest news, we can only note that indirect talks between Vladimir Putin and Vladimir Zelensky may take place in Turkey this week. Both presidents of the conflicting countries will hold talks with Turkish President Erdogan, but there is still at least some hope for mitigating the conflict. Unfortunately, we do not expect any progress in the peace talks, which are frozen or failed. The position of Kyiv with the support of the West is "iron" - the de-occupation of all territories up to the borders of 1991. The flow of weapons to Ukraine is already pouring in from all over the world, so the Ukrainian army will have something to fight with. However, occupation, like de-occupation, is a very slow business, so the whole conflict may last another year or even more. In Kyiv, officials openly declare that the fighting with the Russian army will continue until the end of the year. In addition, Kyiv now has a very advantageous position not only because of Western supplies and assistance. The whole world is on the verge of a food crisis. Accordingly, the whole world is interested in the speedy end of the military conflict in Ukraine. And since most countries support Ukraine, therefore, the flow of weapons and aid can increase.