Calm. This is how we can characterize the current balance of power in the EURUSD pair. Quotes are dancing up and down, but neither bulls or bears can take them outside the trading range of 1.045-1.06. What lulled the main currency pair? And when will it begin to show signs of life?

The answer to the first question is quite simple. The European Central Bank calmed the European debt market with its emergency meeting and a report on the development of an anti-fragmentation instrument, as a result of which the yield spread of Italian and German bonds decreased from 247 to 200 bps. The Federal Reserve has clearly outlined its position. It will do everything possible to return inflation to the target, even to the detriment of economic growth. Let the recession come to the US, but Fed Chairman Jerome Powell and his colleagues will continue to raise rates. The markets realized the path that the central bank intends to take and calmed down.

Not for long, I'm afraid. Inflation in the US shows no signs of slowing down. Moreover, consumer prices may soon exceed 9%. Won't the already hawkish Fed become even more hawkish? The current FOMC forecasts suggest an increase in the federal funds rate by 175 bps until the end of 2022. 75 bps in July, 50 bps in September and 25 bps in October and December. Won't we have to speed up? If so, then the bears on EURUSD will get a new trump card.

Dynamics and structure of inflation in the USA 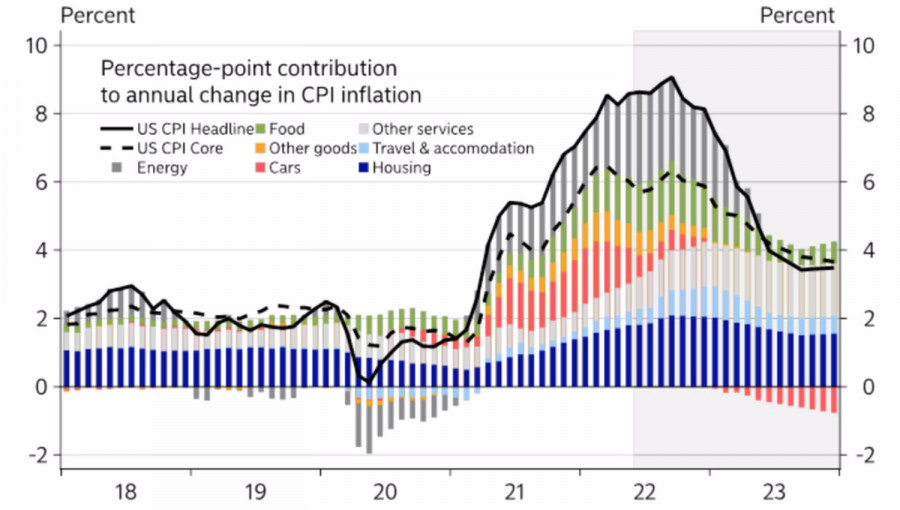 At the same time, a serious tightening of financial conditions suppresses business activity in the manufacturing sector. The US composite purchasing managers' Index plunged to a 5-month low in May. The recession is rapidly approaching the US economy. However, as we remember, the Fed is ready to turn a blind eye to it.

Dynamics of financial conditions and business activity in the US 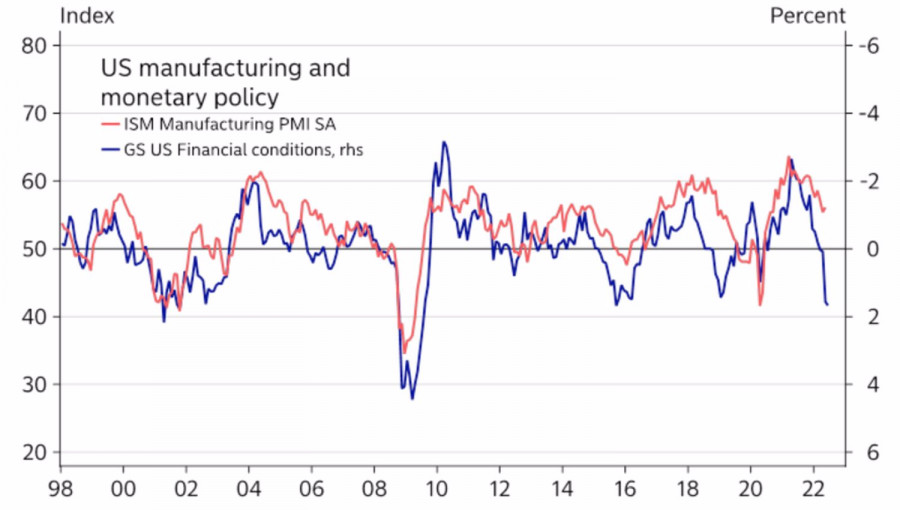 On the other hand, the euro is not a fool. According to the head of the National Bank of Slovakia Peter Kazimir, the ECB may raise the deposit rate by more than 200 bps to 1.5-2% over the next 12 months.

I believe that the aggressive hawks of the Governing Council dream of a larger figure. The inflation expectations of German companies for the next five years will increase from 3.4% at the beginning of the year to 4.7%. German households expect to see inflation averaging 5.3% over the same time horizon. Amid such dynamics of the indicator, the Bundesbank said that the ECB's monetary restriction is going too slowly and too late. Let me remind you that the ECB considers the faster growth of inflation expectations and average wages to be the main risks of further acceleration of the CPI. 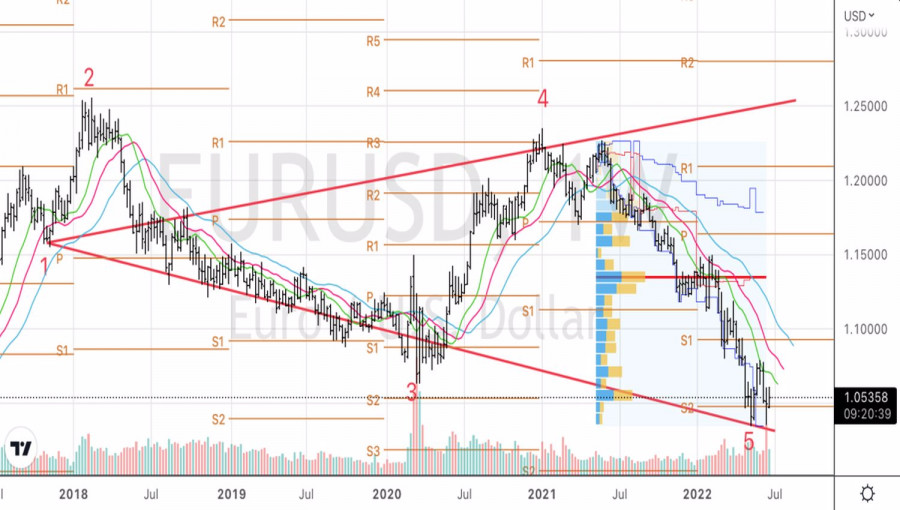 Thus, the processes of tightening monetary policy in both the US and the eurozone have a lot to disperse. The question is, who will do it first?

Technically, on the weekly EURUSD chart, the bulls are trying to win back a combination of Wolfe Wave patterns and a Double Bottom. The signal for opening longs is a successful assault on the resistance at 1.06. On the contrary, a confident breakthrough of the 1.048 reference level is a reason for selling the pair.