Forex Analysis & Reviews: EUR/USD. Something is wrong in the Forex kingdom, although the euro's problems are still countless, it, as if distraught, craves revenge, and the dollar, not wanting to give up the crown, weaves its insidious network 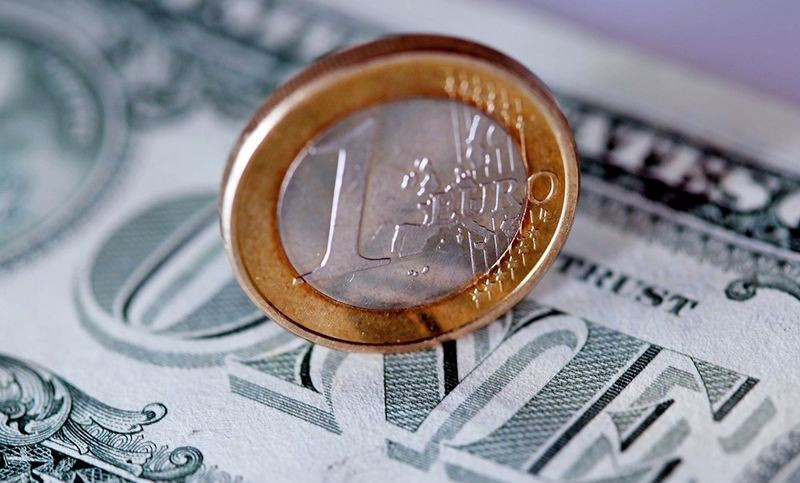 The dollar starts September with a combative mood, trading near 20-year highs and benefiting from flows to safe havens.

Fears for the fate of the global economy and the drumbeat of leading central banks are rattling traders' nerves.

The greenback is also popular with investors, as they need to buy USD to maintain their margin positions in the face of declining stock indices.

Players' nervousness is compounded by the fact that stocks are entering a historically weak period for the market.

This year, everything speaks in favor of repeating historical trends.

Over the past two months, the volume of a net short position against S&P 500 futures has grown significantly and reached its highest value in two years.

The index just ended the month with its fourth consecutive daily decline on Wednesday.

Investors are still under the impression after Federal Reserve Chairman Jerome Powell's statement last Friday that the central bank's key rate should be raised to a level that will allow inflation to be controlled, despite the risks of recession. The S&P 500 index since last Thursday, the last day before Powell's speech in Jackson Hole, lost more than 5%.

"The market has received a message that the Federal Reserve is going to fight inflation at any cost. We don't think we've seen a bottom this year," strategists at Optimal Capital Advisors said.

On Wednesday, the head of the Federal Reserve Bank of Cleveland, Loretta Mester, continued this topic. She said that the US central bank needs to raise the base rate from the current target range of 2.25%-2.5% above 4% by the beginning of next year and leave it at this level for some time to reduce inflation.

Against this background, the yield of two-year US Treasury bonds, which changes in accordance with expectations regarding interest rates, reached the highest level since the end of 2007 yesterday, rising above 3.5%.

The higher yield of treasuries pushes up the dollar as investors sell debt denominated in other currencies to get a higher premium on US treasuries.

"It doesn't look like they can actually offer decent resistance to the dollar, given such a gloomy global outlook," Rabobank strategists said, referring to other major currencies.

"If you sell the dollar, what will you buy?" – they said.

The greenback has been growing for three consecutive months, while the euro fell by 6.5% over the same period.

The greenback's growth against the single currency reflects concerns that a sharp jump in energy prices in the eurozone, caused by the conflict between Russia and Ukraine, will lead to higher inflation and push the European economy into recession. 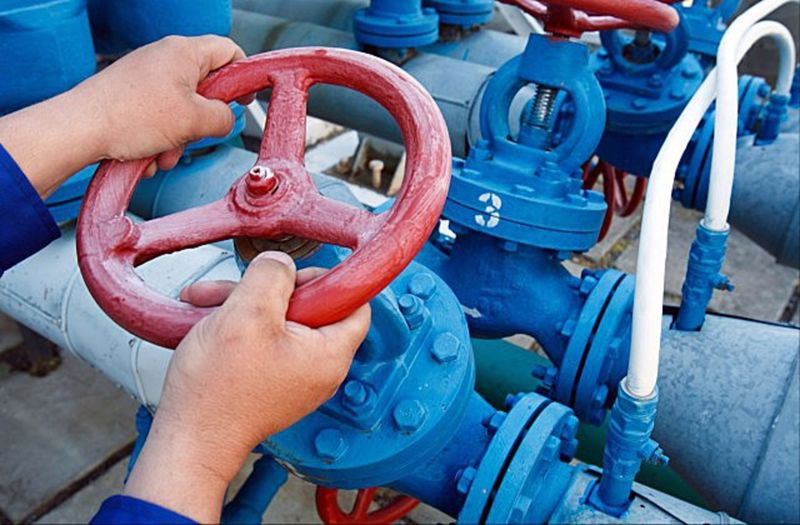 "High inflation and gas supplies are still serious problems in the euro area. We think this will continue to put downward pressure on the single currency," Commonwealth Bank of Australia analysts said.

As data released on Wednesday showed, inflation in the eurozone rose to a record high of 9.1% in August. This strengthened the case for further significant rate hikes by the ECB to tame it.

"Before the start of the Jackson Hole symposium, the market expected the ECB to raise the rate by 1 bps by the October meeting, and since then these expectations have only increased. However, a rate hike is unlikely to strongly support the euro against the greenback, given that investors are likely to remain focused on the risks of stagflation in the eurozone and given the safe haven function for the dollar," Rabobank analysts said.

"We maintain our EUR/USD target at 0.9500 for one month and still expect the widespread strengthening of the US dollar to persist over the next six months or so," they added.

Another unexpected rise in inflation increases speculation about a 75 bps ECB rate hike at next week's meeting. However, MUFG Bank economists do not believe that the euro will benefit from this sharp tightening.

"Market participants currently estimate a 71 bps rate hike by the ECB policy meeting on September 8, as well as the fact that it will continue to raise rates to 1.50% by the end of the year. Market expectations of a sharper tightening of policy were supported by the hawkish comments of ECB policy makers after Jackson Hole and the recent announcement of another unexpected increase in inflation in the eurozone. However, we are not convinced that a sharp tightening of the ECB's policy will support the steady growth of the euro, as the risks of recession in the eurozone remain elevated," they said.

The eurozone, in case of termination of pipeline gas supplies from Russia, may face a recession in the second half of 2022, analysts at Fitch Ratings believe.

"The onset of recession in the eurozone is likely in the second half of 2022, and in 2023, Germany and Italy will experience an annual decline in GDP. Economic vulnerability in the event of termination of pipeline gas supplies remains high, despite recent active efforts to diversify import sources, in particular LNG," Fitch said.

With the passing of the summer heat, as well as news that European countries are filling their storage facilities at a faster pace than expected, energy prices in the eurozone have decreased from peak values.

However, the European economy, and especially Germany, remain vulnerable to the onset of winter if Russia stops supplying gas, given that storage facilities cover only 25-30% of winter consumption.

"It is very difficult to predict how the situation with gas will develop in the European Union in winter, since much will depend, among other things, on the weather and the volume of gas coming from alternative sources to Russia," said the deputy head of the Directorate of the European Commission for Energy in the relevant committee of the European Parliament.

The European Commission expects gas prices in Europe to remain at an elevated level in the coming winter and fall in 2024-2025.

"We expect that prices will remain at an elevated level in the coming winter, they will fall again in 2024-2025. But they are subject to some fluctuations," EC spokesman Tim McPhie said.

Gas prices and sentiment in Europe are now undergoing a serious stress test, as the Nord Stream-1 gas pipeline closed on August 31 for maintenance. All this warns against excessive enthusiasm for the recovery of the European currency at this stage, ING strategists note. 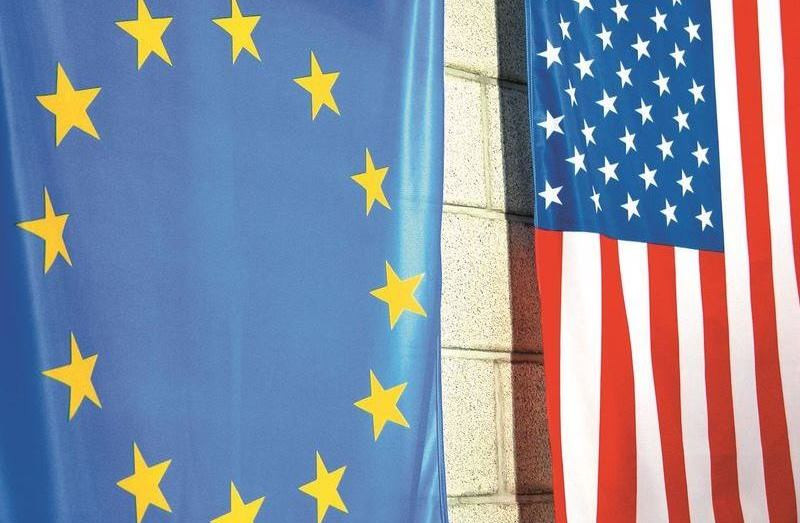 The euro was supported by expectations that the ECB will raise the interest rate by 75 basis points next week.Meanwhile, dollar shorts were mainly caused by the rebalancing of portfolios at the end of the month, turning into consolidation.

The EUR/USD pair lost its bullish momentum on Thursday and plunged by almost 150 points from Wednesday's closing levels. At the same time, the USD index rose to the highest levels since June 2002, coming close to 110.

The Fed's tough stance is still working in favor of the greenback, and the energy crisis in Europe is against the euro, which has not gone away with the correction of gas prices over the past three days.

"Even after reaching new records, the dollar has room for further growth, which is facilitated by the prospects of a global recession and, in particular, the energy crisis in Europe," Generali analysts said.

Fears related to the global recession were exacerbated by China, which announced that Chengdu, a city with a population of about 21 million people, was put on lockdown due to coronavirus.

Friday's US employment report for August carries risks for stocks, because if it is strong, it will increase the prospects for further Fed rate hikes.

The Fed's determination is beyond doubt, since it once led the movement among major central banks to aggressively tighten monetary policy.

As for the ECB, it has yet to prove that it is really ready to act, and not just talk.

"The ECB has yet to convince the markets with its comments to prove that it is willing to endure economic pain in order to effectively combat price risks. Only at this point will the euro be able to really benefit from the ECB's monetary policy on a more sustainable basis," noted the strategists of Commerzbank.

"In a crisis, the market is likely to sell the euro as an initial reaction due to fears of a recession. The ECB's determination to fight inflation is likely to have a positive impact on the single currency only at a later stage – if at that time the ECB really sticks to its approach. This means that euro bulls will probably have to be patient for some time," they added.

"The markets are now putting in quotes an increase in the ECB rate by 167 bps in total by the end of the year.

However, the recent narrowing of spreads on two-year swaps between the euro and the dollar may have already ended, and a reversal – if the ECB does not meet the new hawkish expectations embedded in prices – could send EUR/USD to new lows next week," ING analysts said.