There is nothing interesting today, so pound will certainly rise as optimism is positive, thanks to the actions of the Bank of England. Quotes may even return to the area of 1.14 and 1.15. But the speeches of Fed representatives may cool the ardor of buyers a little as it will most likely mention the need to raise interest rates by another 1.25% before the end of this year. Meanwhile, data on manufacturing orders in the US, which is scheduled to be released in the afternoon, will not be of great interest to traders, so there is a chance for a continued rise in GBP/USD. 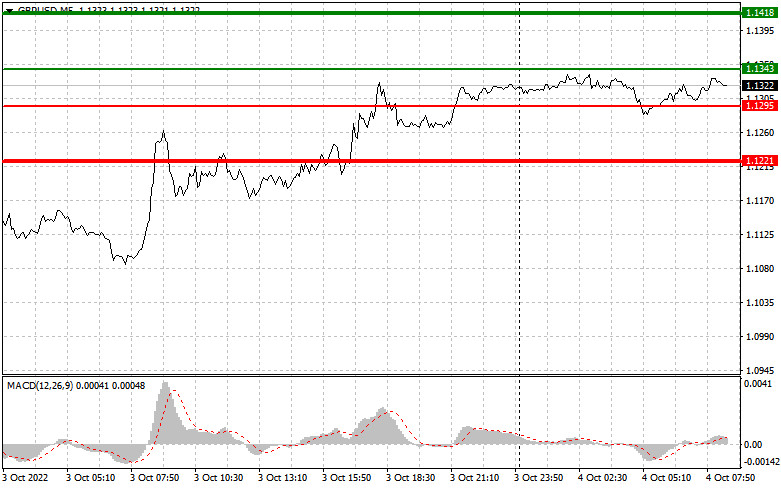 Buy pound when the quote reaches 1.1343 (green line on the chart) and take profit at the price of 1.1418 (thicker green line on the chart). Growth will occur, but it will stop as soon as negative data appears. Nevertheless, traders could buy as long as the MACD line is above zero or is starting to rise from it.

Sell pound when the quote reaches 1.1295 (red line on the chart) and take profit at the price of 1.1221. Pressure will return in case of weak statistics and a decrease in risk appetite due to geopolitical tensions. But take note that when selling, the MACD line should be below zero or is starting to move down from it.