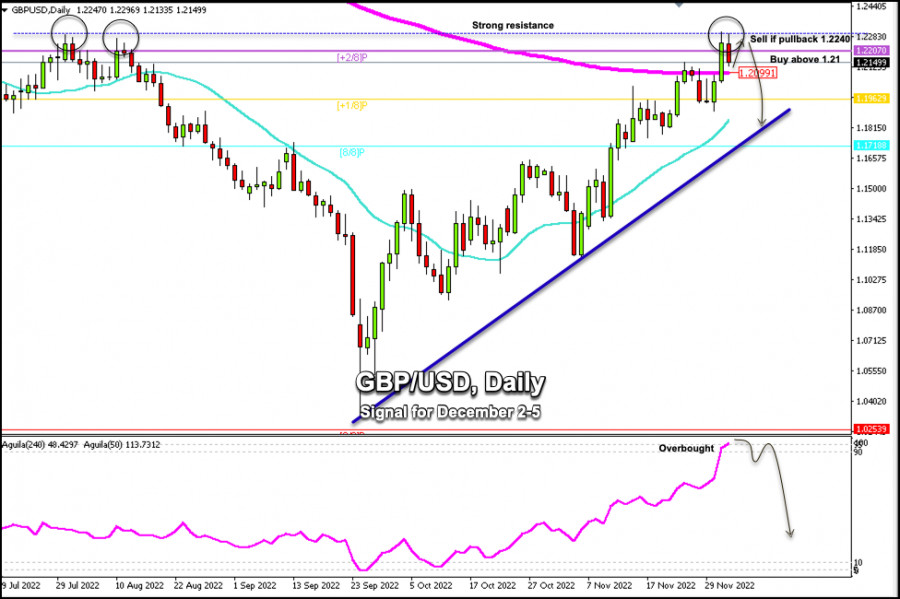 Early in the American session, the British pound (GBP/USD) is trading around 1.2149. The pair is seen to fall sharply after the US Non-Farm Payrolls data.

As a result of the Non-Farm Payrolls data, the British pound fell from the high of 1.2293 to the low of 1.2135. The instrument is likely to make a recovery from the fall in the next few hours.

As is always the case with the NFP data, it creates a strong up or down move and the market always tends to return to the price levels prior to the data. For this reason, we expect the British pound to return to 1.2250-1.2290 in the next few hours, the levels where the pair was trading before the US employment data.

Given that the eagle indicator on daily charts is showing an extremely overbought signal, it is likely that in the next few days there could be a technical correction towards the bottom of the uptrend channel around 1.1815. The correction will be confirmed if the British pound closes below the 200 EMA around 1.2099. It could fall towards 1.1962 (+1/8 Murray) and towards the zone of the 21 SMA located at 1.1853.