At the auction on Wednesday, the key stock indicators of Western Europe show a fall amid a decline in the US stock market.

The highest results in the STOXX Europe 600 index were shown by the shares of the Finnish pharmaceutical company Orion Oyj (+5.5%). The list of declines here was headed by the securities of the Dutch food delivery service Just Eat Takeaway.com N.V. (-16.9%) and cruise operator Carnival PLC (-10.4%). 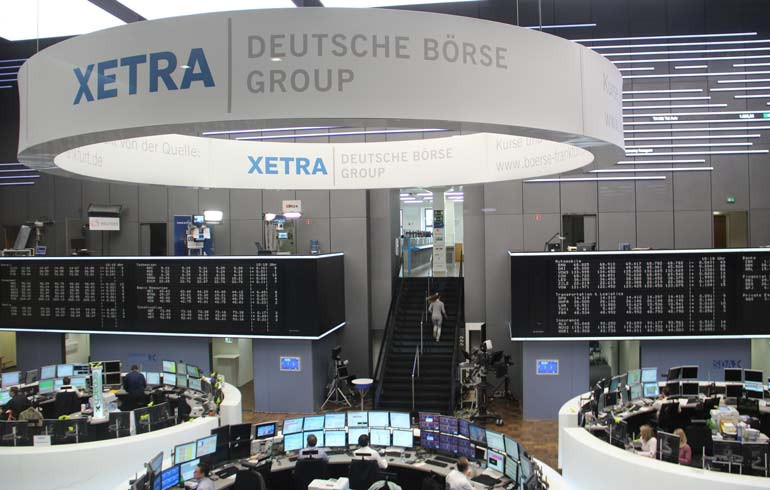 The value of securities of the second largest Swedish clothing retailer H&M soared by 5.1%. The day before, the company reported a 33% increase in net profit in the second fiscal quarter.

The quotes of the British bag manufacturer Mulberry rose by 3.2% on news of a sharp rise in sales and profits.

The market capitalization of online gift retailer Moonpig Group PLC increased by 5%. In fiscal year 2022, the company increased its pre-tax profit, and also confirmed the forecast of financial indicators for the next year.

European stock indicators are declining on Wednesday following the negative dynamics on the US stock exchanges. According to the latest economic data from America, in the past month, the level of consumer confidence in the country has collapsed to a 16-month low amid record-rising inflation.

In addition, European investors are still worried about the prospects of a recession in the global economy due to the tight monetary policy of key central banks. So, the day before, European Central Bank President Christine Lagarde announced the central bank's intention to increase the base rate by 25 basis points in July. At the same time, she added that the ECB is ready for an even more tangible tightening of monetary policy at the September meeting, if necessary. According to Lagarde, the ECB is obliged to do everything possible to return inflation in the euroregion to the central bank's target of 2%.

On Wednesday, investors were focused on the ECB's annual forum, held in Sintra (Portugal). As part of the three-day event, representatives of the central bank are scheduled to speak on issues related to the fight against record levels of inflation.

Lagarde and Fed Chairman Jerome Powell will speak at the forum again.

European stock exchange indicators showed strong growth on Tuesday due to positive sentiment in Asia, where the stock market soared on the news of the easing of restrictive measures related to the COVID-19 epidemic.

As a result, the aggregate indicator of the leading companies in Europe, the STOXX Europe 600, increased by 0.27% to 416.19 points.

The highest results in the STOXX Europe 600 index were shown by the shares of the British manufacturer of aircraft engines Rolls-Royce (+6.5%) and the French energy company Electricite de France S.A. (+4.7%). The list of declines here was headed by the securities of the German food delivery service Delivery Hero SE (-7%) and the British utility company Pennon Group (-5.9%).

The stock quotes of the German automobile giant Volkswagen increased by 0.9%. According to German media reports, the company is close to concluding a deal to sell a minority stake of its division in the American business to the German industrial conglomerate Siemens. According to experts, the value of the transaction can reach more than $2 billion.

The market capitalization of the largest oil and gas company in Spain, Repsol SE, soared by 3%. Repsol signed an annual contract for the supply of electricity from renewable sources of the American Kraft Heinz.

The share price of the world's largest mining company BP Plc rose 1.6% on the announcement of plans to spend about $4 billion to reduce greenhouse gas emissions by 2030.

The latest news from China turned out to be an important support factor for the European stock exchange. The Asian state lifted strict coronavirus restrictions on Tuesday as the leadership of Shanghai and Beijing announced the absence of cases of COVID-19 infection for the first time since February.

In addition, the Chinese authorities have reduced the quarantine time for tourists coming to the country to 7 days from 14.

At the same time, disappointing internal statistics on the euroregion states turned out to be a tangible downward factor influencing European indicators. So, the consumer sentiment index in Germany fell to -27.4 in June from -26.2 in May due to the struggle of local consumers with a significant increase in prices. The resulting indicator became a record low in the entire history of observations.

Meanwhile, the indicator of consumer confidence in France sank to 82 points this month from 85 in May, updating the low for the last nine years. At the same time, market analysts predicted a drop in the indicator to only 84 points.