The oil's inability to restore the upward trend with the transition of Brent to medium-term consolidation, first in the range of $100-114, and then $108-120 per barrel generates diametrically opposite forecasts. Citi believes that the North Sea grade may fall to $65 by the end of 2022 and to $45 per barrel by the end of 2023 if the recession undermines global demand for oil. JP Morgan sees Brent at $380 per barrel if the introduction of a price ceiling on Russian oil forces Moscow to take retaliatory measures. Kremlin officials call a wide range of $300-400 and threaten to limit the price of oil to half the cost of the North Sea grade of Japan by blocking cranes.

While the bears have seized on the idea with both hands that the global economic downturn will be an unbearable blow to global demand, bulls are betting on the market conditions of the physical asset. Judging by the expansion of the spread on nearby futures contracts from $2.5 a month ago to more than $4 per barrel as part of the backwardation, the bulls still rule the market. This is not surprising, because supply problems persist, and Saudi Arabia's increase in premiums for its oil for Asian customers indicates Riyadh's confidence in the strength of demand.

This is confirmed by the news from China. Not only is China coming out of lockdowns, but the US is also considering the possibility of canceling part of the tariffs on $300 billion worth of Chinese imports imposed by Donald Trump in 2018.

Meanwhile, the supply-side situation remains tense. To the problems with supplies from Libya due to the political crisis, a strike in Norway has been added, which risks wiping out about 62,000 b/d of oil production by this country. The decision of OPEC+ to increase production by 648,000 b/d is rather formal. In fact, in recent months, the cartel has regularly produced less than its obligations stipulated.

Dynamics of deviations of OPEC+ oil production from the plan 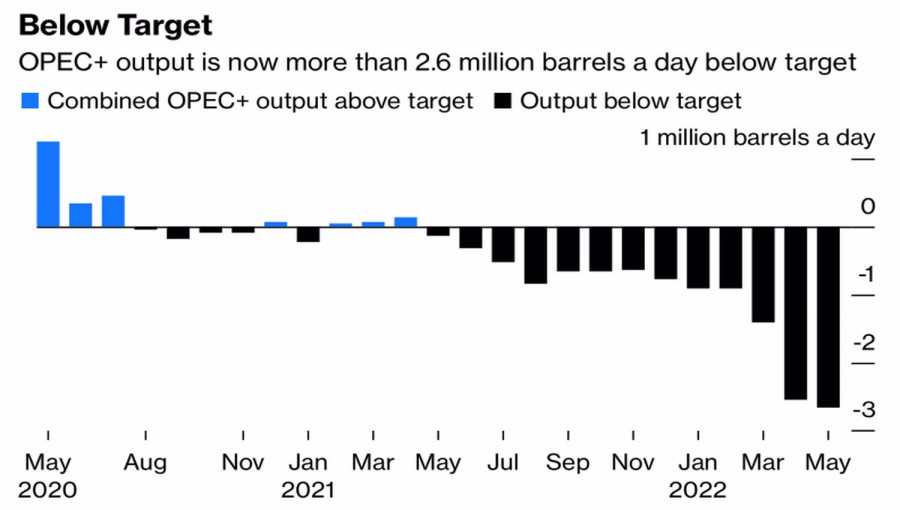 At the same time, Russia's displacement from the market continues. Despite the gradual recovery of sea shipments, oil sales to Asia, a key region for Moscow, are declining. In the face of Western sanctions, the Kremlin has reoriented flows from the West to the East, and if they stop buying oil there, Russia will have a hard time. The reduction in supply from this country supports the bulls for Brent. 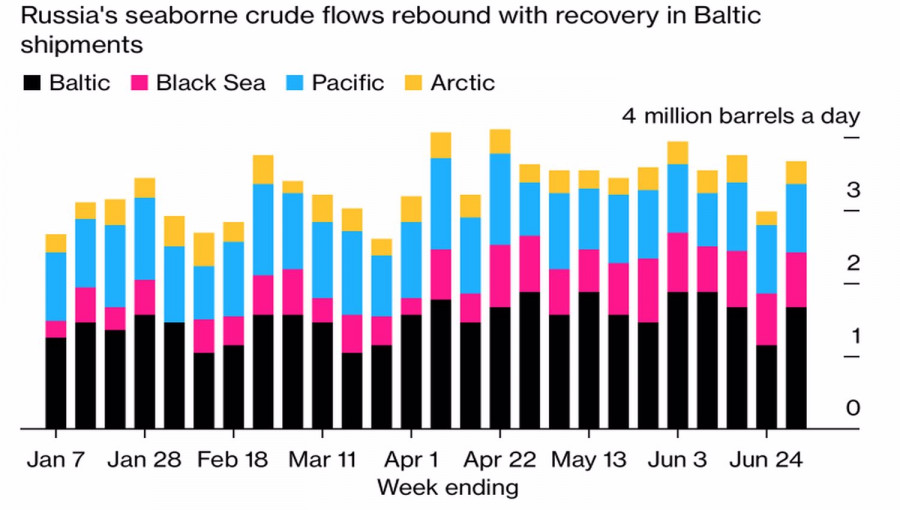 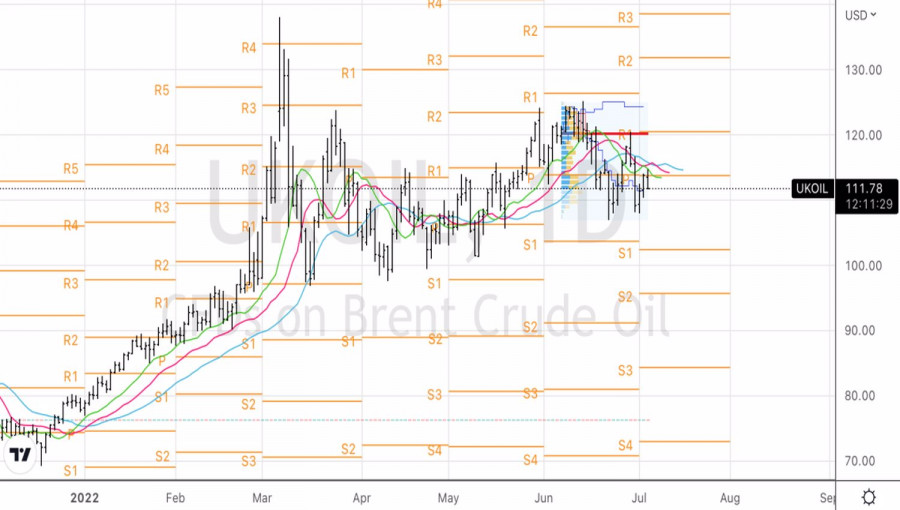 The North Sea bears armed themselves not only with the approaching recession, but also with the strong US dollar. Yes, the American economy is slowing down, but it looks better than the European and British ones. If we add to this the high demand for safe-haven assets and the aggressive tightening of the Federal Reserve's monetary policy, then the interest in the USD index looks natural.

Technically, Brent's inability to take the $113.9 reference level by storm is a sign of bullish weakness and a reason for short-term shorts in the direction of $110 and $108 per barrel.