Traders of the euro-dollar pair made a downward breakthrough: after a two-month siege of the 1.0340 support level, they still overcame this price barrier and tested the area of the second figure. Initially, the EUR/USD bears pushed through a 5-year low (1.0339), and then updated almost 20-year lows, dropping to 1.0240.

The level of parity, which was last recorded in July 2002, has reappeared on the horizon. And although all technical indicators are now signaling in unison about the priority of short positions, it is risky to go into shorts at the moment. Such impulsive price spurts are usually short-term. Moreover, after the downward momentum begins to fade, traders will en masse take profits, thereby provoking a corrective upward pullback. Let me remind you that the previous downward spurt (up to 1.0349), which was recorded in May, then turned into a large-scale corrective growth to 1.0770. Given the strength of the downward movement, it can be assumed that the potential of the bears' attack will be exhausted soon enough, after which the pair will go into correction. And in this case, you can consider the option of short positions. 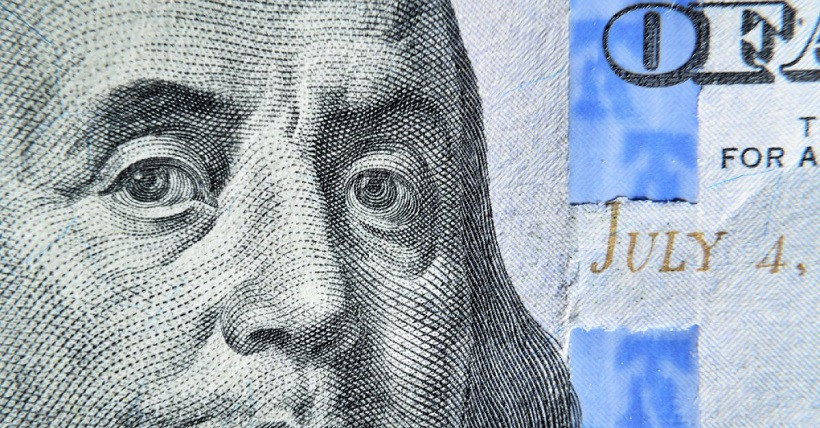 It is noteworthy that today's dollar rally was not driven by any single fundamental factor. Figuratively speaking, there was no trigger: the greenback began to actively gain momentum at the beginning of the US session on Tuesday, after market participants joined the work after a long weekend (let me remind you that Independence Day was celebrated in the US on Monday). In general, in my opinion, here we can talk about a combination of fundamental factors that eventually provoked such a stir around the dollar.

First of all, there is a flight from risks in the market: the safe dollar was again on the horse amid the worsening energy crisis, geopolitical instability, and the slowdown in the global economy. For example, Germany, which is the locomotive of the European economy, announced a trade deficit – for the first time since 1991. The deficit amounted to 1 billion euros in May as a result of a significant increase in import costs and a drop in demand for the country's products.

As for the energy crisis, it is really only getting worse, and in recent days this process has acquired an avalanche-like character. Electricity prices in Europe have already set a historical record. In particular, German electricity contracts for next year's supply (considered a market benchmark) have reached the highest levels in history: 325 euros per MW-hour. The equivalent contract in France has doubled since the beginning of the year (to 366 euros per MWh). As you know, electricity prices largely depend on the cost of gas, while the cost of natural gas in Europe has risen to the highest level in four months. Today, the exchange price of gas in the course of trading exceeded the $1,800 mark for one thousand cubic meters – for the first time since March of this year. Strikes in Norway have also added fuel to the fire, during which production will stop at 6 fields at first.

The situation is no better in the US. Let me remind you that the final estimate of the growth of the American economy for the first quarter was revised downwards to -1.6%. And according to many economists, the situation will only get worse in the future. Just today, the influential American newspaper Politico published an article, the leitmotif of which was the phrase in the subtitle: "The whispers about the upcoming economic downturn have intensified to almost a roar." According to the experts interviewed, the recession in the United States may be "short-term, but if the situation is not aggravated by rising energy prices." Given the recent trends, it can be assumed that the most negative scenario will actually be implemented.

Fears of a global recession are putting significant pressure on stock prices, while a safe greenback is in high demand – and not only paired with the euro, but also throughout the market. The US dollar index jumped to its highest value in the last two decades. Among the outsiders are the euro and emerging market currencies. Also, we should not forget that the Federal Reserve members are ready to raise the interest rate at an aggressive pace, even at the cost of a possible recession. Some representatives of the Fed have already publicly supported the idea of raising the rate at the July meeting by 75 points. In this regard, the US central bank retains a leading position in terms of the pace and expected timing (scale) of monetary policy tightening.

Another factor that contributed to the strengthening of the dollar is related to the spread of the coronavirus. China has announced that it is again closing the 13 million city of Xi'an for lockdown, just because of 18 detected cases of Omicron. Disappointing news also comes from Europe: in the last 24 hours alone, more than 200,000 infected people have been recorded in France, and 100,000 new infected in Italy. And according to experts, these indicators will only grow in the near future.

Thus, EUR/USD bears were able to overcome powerful support levels due to the sharp strengthening of the US dollar, which strengthened its positions throughout the market. Due to the lack of a specific fundamental reason for such a strengthening, it can be assumed that all existing factors that previously played in favor of the greenback simply resonated, provoking a dollar rally. After all, the threat of a global recession has been talked about for several weeks, and the energy crisis has been brewing for several months. And the geopolitical crisis did not arise yesterday, and the Fed did not voice its ultra-hawkish intentions yesterday. All these factors gradually smoldered and, figuratively speaking, were waiting in the wings. Today, after a long weekend in the United States, this hour has come: the stock market has begun to plunge, the safe dollar, accordingly, is going up.

The key question for EUR/USD traders is whether to go into shorts now or "the train has left after all"? In my opinion, such impulsive price movements (both to the upside and the downside) a priori carry great risks. At the moment, no one can say exactly where this locomotive will stop, and for this reason, the probability of catching a price bottom is quite high. Moreover, the price is in the area of 20-year lows and is already plunging by inertia: as soon as the impulse decline begins to fade, bulls will seize the initiative by organizing a corrective counteroffensive at least in the area of the 3rd figure. Therefore, at the moment it is advisable to maintain a wait-and-see attitude due to the high degree of uncertainty.