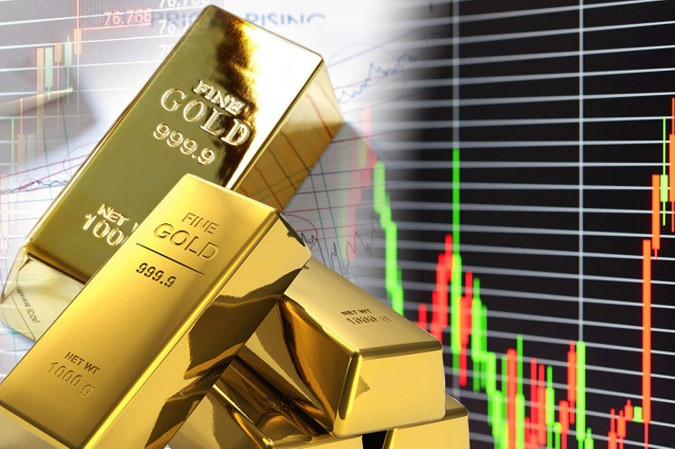 Gold is trading near a one-month high after the biggest jump since March on Thursday as U.S.-China tensions and a deepening global downturn buoyed demand for safe haven assets.

Bullion rose 1.5% on Thursday and is approaching three consecutive weeks of gains after Beijing reacted aggressively to the visit of U.S. House Speaker Nancy Pelosi to the island this week, the most senior U.S. politician to visit the island in 25 years.

There are more signs that the fight to lower inflation will affect global growth. The Bank of England announced the biggest rate hike in 27 years, warning that the UK was headed for more than a year of recession, while Cleveland Federal Reserve Bank President Loretta Mester said US interest rates needed to be raised above 4%.

Gold is up about 6% since the July 20 low, benefiting from a weaker dollar and falling US bond yields. Traders will keep an eye on US nonfarm payrolls data on Friday for clues as to the Fed's policy tightening path. The report is likely to show that hiring has declined in July.

From a technical analysis point of view, gold quotes rested on the technical resistance level of 1790 and on the data on unemployment in the US, they may well correct up to 1752, including on Friday's fixations.