The rise in gas prices and the panic in the financial markets of Britain do not allow the EURUSD bulls to raise their heads. Euro fans fear that Nord Stream-related sabotage will spill over to other pipelines. The IMF sees UK tax cuts as excessive and in need of reconsideration, Moody's warns of irreparable damage to public debt availability, and there are growing talks in Forex that the Bank of England will need to raise the repo rate by 100 bps to remedy the situation at the November meeting. The euro area is full of turmoil, and, in such conditions, safe-haven currencies tend to thrive.

Panic and fears in the markets have become an invariable attribute in 2022. It would seem that what could be worse than a pandemic? The armed conflict in Ukraine answered this question. Humanity is on the brink of nuclear war, no wonder investors are buying up the US dollar like hotcakes.

Since the beginning of 2020, the global economy has experienced four shocks: COVID-19, a colossal fiscal and monetary expansion, pent-up demand after coming out of lockdowns amid a lack of supply, and finally, the war in Eastern Europe. The latter hit the energy of the euro area very hard, put the Eurozone economy on the brink of recession and forced the EURUSD to collapse to 20-year lows. 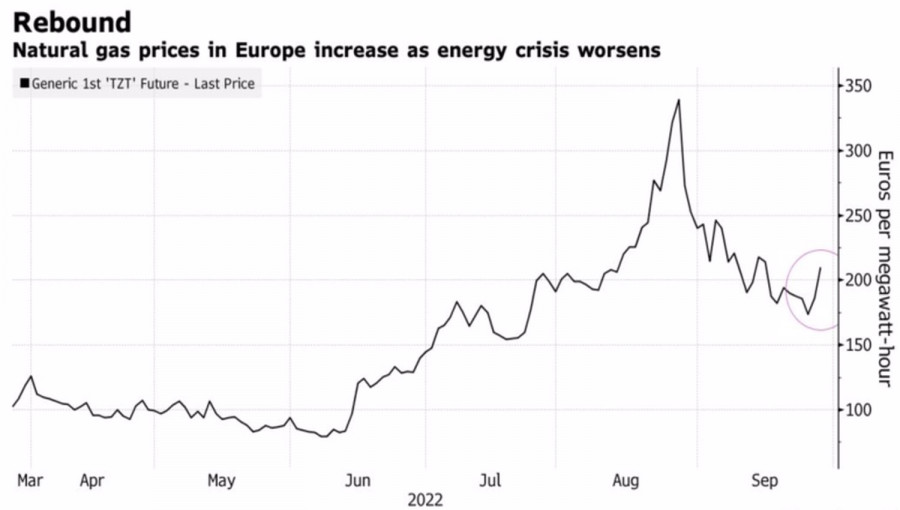 In such circumstances, even aggressive tightening of monetary policy does not help the euro. According to European Central Bank President Christine Lagarde, the cost of borrowing will be increased at the next few meetings of the Governing Council in order to anchor inflation expectations and bring inflation back to the 2% target. The ECB does not set itself the goal of provoking a recession. Its main goal is price stability. Alas, supply problems cannot be solved by limiting demand.

The ECB is unable to influence gas prices, and the higher it raises the deposit rate, the deeper the recession in the eurozone economy will be. This will eventually force the central bank to stop. At best, borrowing costs will rise to 2.75%.

By then, the federal funds rate could reach 4.5%. St. Louis Fed President James Bullard urges to get there as quickly as possible. Cleveland Fed President Loretta Mester argues that real rates must be positive to beat inflation. 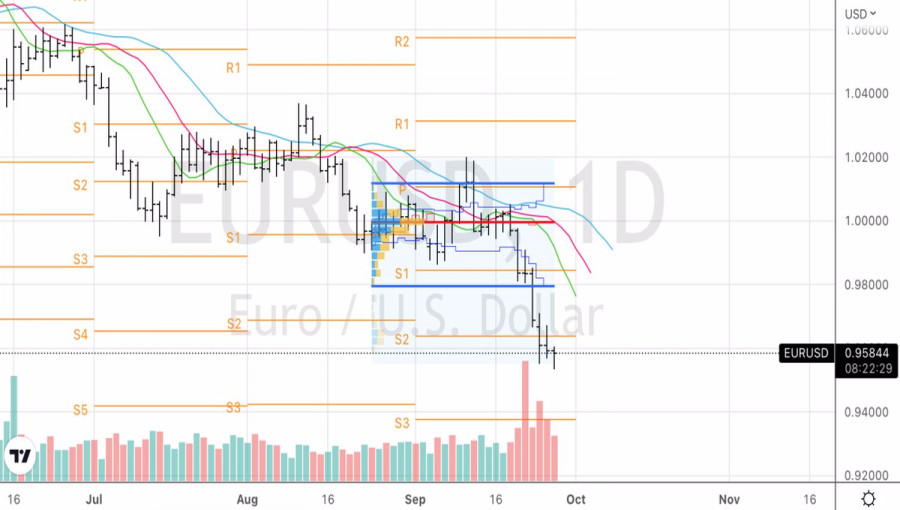 Thus, divergences in monetary policy and economic growth continue to play on the side of the EURUSD bears, suggesting the stability of the downward trend. Investors are fleeing Europe without looking back: in 8 months, the outflow of capital from the eurozone-focused ETFs reached $98 billion. This is more than during the pandemic in 2020 and is comparable to the eurozone debt crisis in 2011–2012.

Technically, there is an inside bar pattern on the EURUSD daily chart. While the quotes have not returned to its top at 0.967, the euro should be sold against the US dollar in the direction of 0.94.