Forex Analysis & Reviews: How to trade GBP/USD on November 29, 2022. Simple trading tips and analysis for beginners 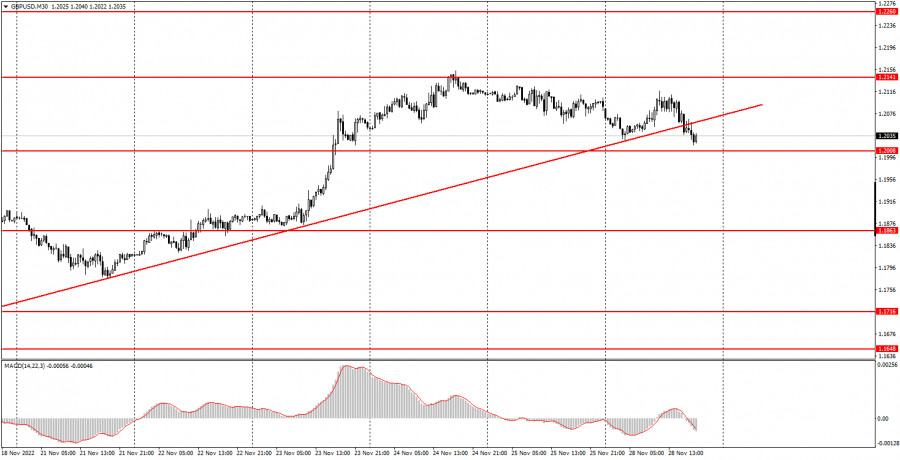 GBP/USD trade was discreet and had no distinct movements. Thus, the euro and the pound trade were absolutely different from each other, which is quite rare. The pound settled below the ascending trend line, which had been supporting the British currency for a long time. The currency has broken through this line. Look back on the fact that the euro had already crossed the trend line more than a week ago. Thus, for the first time in recent weeks there is a technical pattern in both pairs, which allows both currencies to fall. There was nothing interesting either in the UK or the USA on Monday. All the most important reports and events of the week are scheduled for the second half. The pound showed quite logical movement today, but it is rather difficult to say why the euro "flew" in different directions. Basically, we think that the downward correction has been brewing for a long time, so now there is a high probability that the currency could enter this phase. 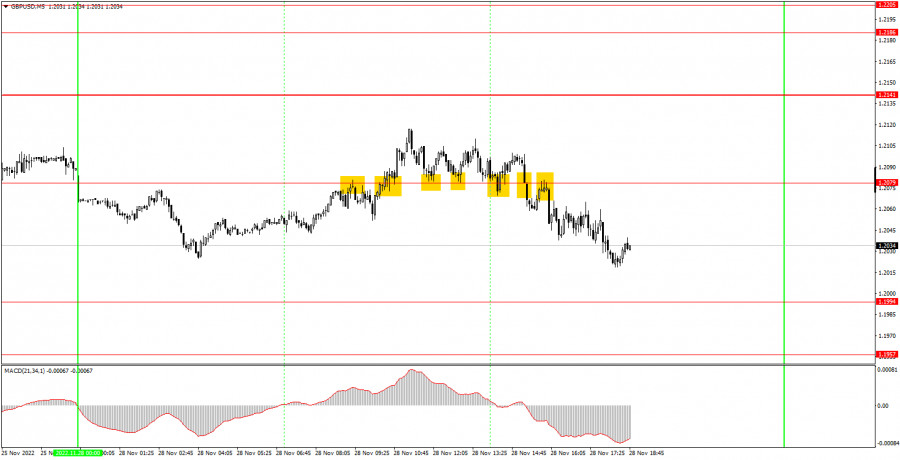 On the 5-minute chart, all the trading signals for the pound were unappealing compared to the ones for the euro. The movement was weaker and all the signals were near one level. This is considered a sign of a flat, but not in this case. Nevertheless, novice players could work out only the first two signals, because all except the last one turned out to be false. First, the pair rebounded from the level of 1.2079, then crossed it. In the first case, it passed in the right direction by 16 points, so even the Stop Loss could not be set to breakeven. In the second case, it passed almost 30 pips, so we have managed to place a Stop Loss. Consequently, there was a small loss on the first trade, but the profit on the euro has definitely covered it.