The euro-dollar pair is still unable to determine the vector of its movement. The 1.0500 level has become a "point of attraction", which attracts both bulls, when they are trying to break through to the limits of the 6th figure, and bears, offsetting their attempts to stay within the 4th price level.

The indecisiveness of traders can be explained by the information "vacuum", which was formed in the run-up to the key event of the current month - the December FOMC meeting. The last month of the year, as a rule, is characterized by increased volatility among dollar pairs: central banks of the leading countries of the world (especially, the Federal Reserve) sum up the results of the outgoing year, while voicing the forecasts for the next year. But while waiting for these meetings, traders hold back from opening large positions both in favor of the greenback and against it. 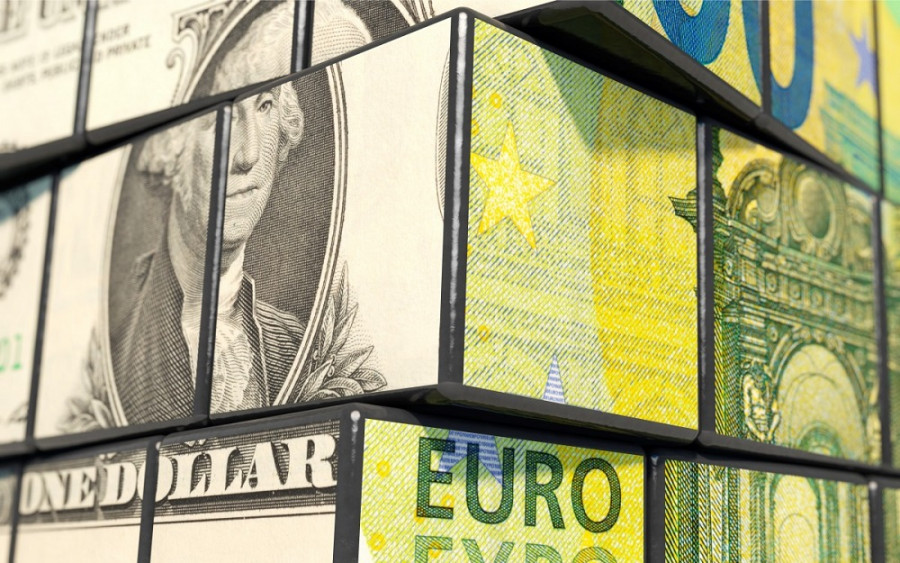 The current situation in the pair is a vivid illustration of the "December solstice". Traders are forced to trade in conditions where there is not much information, amid a nearly empty economic calendar. Rare macroeconomic reports, mostly minor ones, provoke impulse volatility, which fades just a few hours after the release. For instance, earlier this week the ISM Services Business Activity released in the US was unexpectedly in the green zone (after the release of last week's disappointing ISM manufacturing index). This report made it possible for the bears to go back to the area of the 4th figure, at the same time preventing bulls from going to the 6th figure line.

However, the next day bulls partly regained some of the lost ground after the release of the German industrial orders data. A kind of "bonus" was the final report on GDP growth in the European region (third quarter), which was revised upward (slightly, but again unexpectedly).

However, the bulls did not rest on their laurels for a long time: they could not even approach the limits of the 6th figure (let alone overcome the 1.0600 mark), after which bears took the initiative.

Generally speaking, during the last week, the pair has been trading in a flat, within the price range of 1.0450-1.0570. It looks like this situation will remain till December 13, when key inflation data will be released in the US. But even this report will not be able to set the record straight. It can cause a great deal of volatility, but it cannot determine the trend in the medium and (even more so) long term. Therefore, in any case, the Fed will have the last word here, which will give its verdict the day after the inflation release - December 14.

EUR/USD grew on Thursday and it was triggered by a minor macro report on the US labor market released at the beginning of the US session. The initial claims on unemployment benefits rose by 230,000 over the week (the indicator came out at the level of the forecasts). This is 4,000 more than the previous week's revised average. The increase in jobless claims came out in the red zone. Here the upward trend has been recorded for the last 8 weeks.

With nearly an empty economic calendar, this was almost the main report for EUR/USD traders. General dynamics is negative, so current price growth is quite justified.

But it is obvious that this fundamental factor will not have a long-term impact on the pair, therefore, it is advisable to use this price surge to open short positions within the above-mentioned price range.

Taking into account the current fundamental background, we can assume that traders will not risk large-scale attacks - both bearish and bullish - in the near future. The market is waiting for the verdicts of the Fed (first of all) and the European Central Bank.

Note that bulls have exhausted their potential, which was based on rumors of a slowdown in Fed monetary policy tightening. This theme was actively played throughout November, since the last meeting of the Fed. But now traders fear (and in my opinion, justifiably so) a "black swan" or an unforeseen event in the form of November inflation. If the November U.S. CPI does not repeat the trajectory of October (reflecting a further slowdown in growth), the hawkish wing of the Fed may become more aggressive, which will be reflected in the wording of the accompanying statement and the rhetoric of Fed Chairman Jerome Powell. Such prospects (albeit of hypothetical nature) do not allow the bulls to organize a large-scale attack in the context of the conquest of the 6th figure. However, this circumstance simultaneously plays the role of a "buffer" for the bears. After all, nobody excludes the realization of a scenario according to which the Fed will take a soft position in December, allowing the probability of a pause in rate raising.

Similar uncertainty emerged around the ECB's December meeting: according to some experts (in particular, Rabobank) the central bank will raise rates by 50 points, according to other analysts (in particular, Nordea) by 75. Representatives of the ECB were also divided into two camps, although many of them did not voice their position or did not specify it. ECB President Christine Lagarde remained "above the fray," saying that a decision on the scale of the hike would be made in December "taking into account many factors".

So, with so much uncertainty, it is hard to imagine a stable price trend, either bearish or bullish. Therefore, in my opinion, the pair will be traded in the range of 1.0450-1.0570 in the medium term (with a possible breakout to 1.0590), alternately pushing back from the limits of this price echelon.

Jerome Powell tried his best to support the dollar, but the market turned out to be stronger.