The Reserve Bank of New Zealand raised interest rates by 50 basis points Wednesday, fully meeting the expectations of most experts. Of all the economists polled by Reuters, only one admitted the possibility of a 25-point rise. Therefore, the implementation of the most expected scenario did not impress investors—the New Zealand dollar reacted minimally to the results of the May meeting. While the subsequent rhetoric of Governor Adrian Orr nevertheless provoked volatility in the NZD/USD pair. Aussie updated a three-week high, testing the resistance level of 0.6510 (Kijun-sen line on the daily chart). By and large, the head of the RBNZ leveled the fears of many investors that the regulator could pause the process of tightening monetary policy. 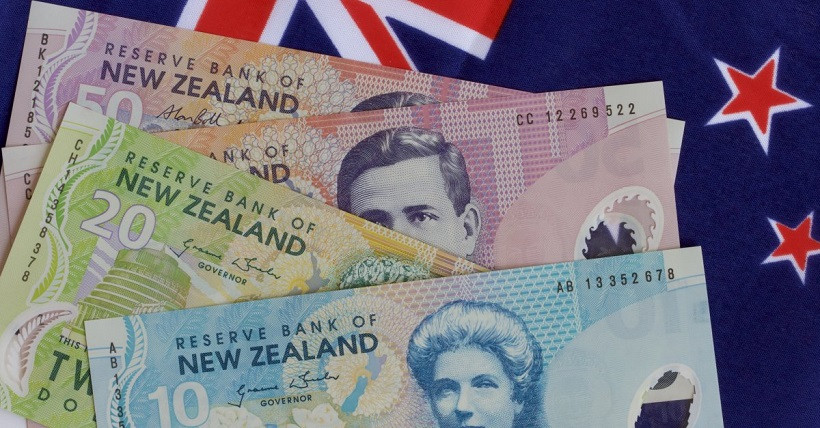 Note that following the results of the previous meeting, RBNZ voiced a rather interesting phrase that the members of the central bank agreed on the so-called "path of least resistance," the essence of which is to conduct several rounds of a 50-point increase ("raise more now, not later"), and then take a wait-and-see attitude. This remark was interpreted by the market as a sign of a slowdown in the tightening of monetary policy. Reacting to the results of the April meeting, the New Zealand dollar sank throughout the market, including in tandem with the greenback.

Today, Orr made it quite clear that the regulator will continue to follow the hawkish path in order to curb rising inflation in the country. The head of the central bank said that in order to return to the inflation target, that is, in the range from 2% to 3%, "an additional increase in the base rate is necessary."

In general, during his speech, Orr focused on the issues of combating high inflation. According to him, the growth of the CPI is "unprecedented," which may be difficult to disagree with: according to the latest data, the consumer price index in the first quarter of this year jumped to a 30-year high, reaching 6.9% (on an annualized basis). Moreover, the main driver of inflation growth was not the energy market (although its contribution was very, very significant), but the utility services segment and the real estate market. In particular, the cost of new residential buildings in the first quarter jumped by almost 20%. This state of affairs is recorded for the first time in the last 37 years. In addition, in the first quarter of 2022, fuel prices increased significantly (by 32%) compared to the same period in 2021.

In light of such inflationary dynamics, the RBNZ today revised its forecast on the scale of the interest rate hike. According to the new forecasts of the Reserve Bank, the rate will be increased to 3.5% by the end of this year and will reach 4.0% by the end of next year. At the same time, the inflation rate in the specified period will fluctuate "about a five percent mark."

Commenting on the updated forecasts, Orr noted that the range of estimates for a neutral rate is from 2% to 3%, but the current conditions say that "a rate much higher than the three percent mark is needed." At the same time, he added that "the least the regulator will regret is that it started acting too much and too early." 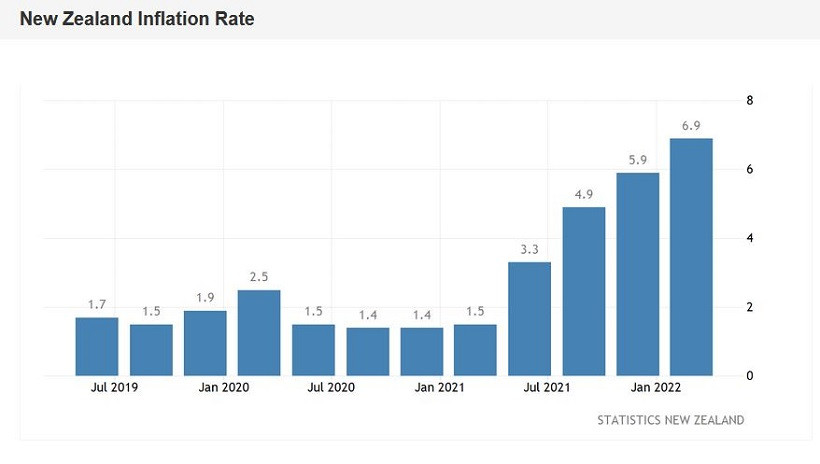 Such hawkish signals allowed buyers of the NZD/USD pair to approach the resistance level of 0.6510, which corresponds to the Kijun-sen line on the D1 timeframe. The upward momentum has faded, primarily due to the strengthening of the US currency. The US dollar index, after a multi-day decline, today pushed off from the local low of 101.69 and returned to the area of the 102nd figure.

Geopolitical risks (both about the "Ukrainian case" and around the situation with Taiwan) overshadowed the optimism associated with the intention of US President Joe Biden to lift some of the trade restrictions for China. Actually, these intentions were voiced in a hypothetical way, and it is far from a fact that Treasury Secretary Janet Yellen will convince the head of the White House to take this step anyway. Therefore, the risk appetite that has dominated the markets over the past few days has gradually faded away. Dollar bulls have reminded themselves again, increasing pressure, including on the NZD/USD pair.

Looking at the pair's weekly chart, we can see that the Aussie was in a strong downward trend for a month and a half—from early April to mid-May. Over the past 10 days, the Aussie has been trying to correct itself by taking advantage of the weakening greenback. But the upward attacks have become more modest in recent days, and the downward pullbacks are getting deeper. This suggests that the correction is gradually fizzling out. Therefore, it is risky to open long positions until NZD/USD buyers overcome the 0.6510 resistance level. In the medium term, sales with the main target of 0.6380 (the middle line of the Bollinger Bands indicator on the daily chart) look more appropriate. The New Zealand dollar has actually won back the hawkish results of the May meeting of the RBNZ and will now move in the wake of the US currency.