Markets believe that the Fed will slow down the process of tightening monetary policy against the background of the approaching recession of the US economy. The probability of raising the federal funds rate in September by 50 bps increased to 68.5%, while the chances of its growth by 75 bps fell to 31.5%. Monetary restriction in the US is losing speed, while in Britain, it is ready to gain momentum, which allowed the GBPUSD pair to mark the best weekly dynamics since May. Whether it will be able to develop a correction will depend on the Bank of England.

BoE forecasts that inflation will accelerate from the current 9.4% to 11%. The IMF notes that consumer prices in the UK are growing at the fastest pace among all G7 countries and are calling on the Central Bank to take active action. However, Andrew Bailey and his colleagues adhered to the strategy of "quieter you go, the further you'll get" until July. They have raised the repo rate by 25 bps several times already, but they have not risked more yet. Nevertheless, the example of the Fed and the ECB, which took a more serious step than financial markets initially expected from them, may inspire the Bank of England to take decisive action. Moreover, its head spoke about this very determination not so long ago. 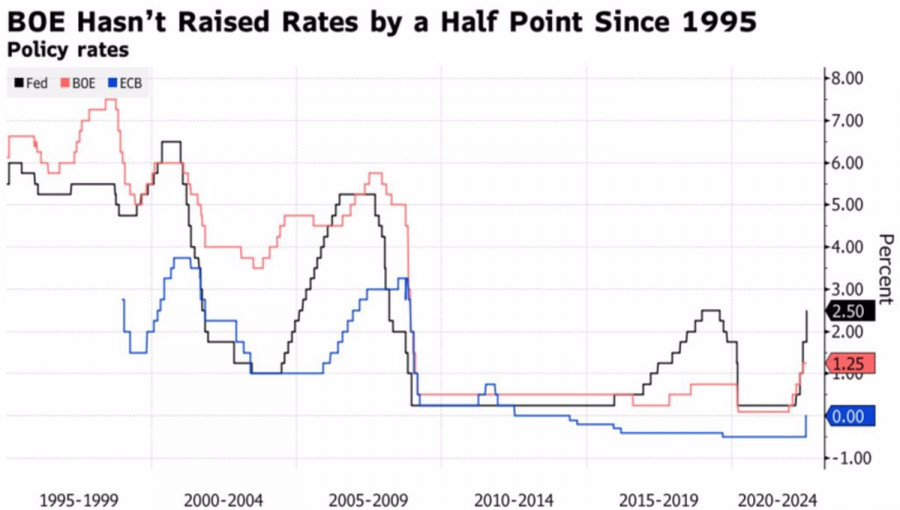 The 50 bps repo rate increase in August will be the BoE's biggest move since 1995. However, it is not guaranteed: in a week, the chances of such an outcome in the money markets fell from almost 100% to 70%. A smaller increase would deal a serious blow to GBPUSD bulls.

Thus, the pound has an internal driver because over the past two weeks, the analyzed pair reacted more to events outside Britain. Even the struggle between Liz Truss and Rishi Sunak for the leadership of the Conservative Party and the premiership caused little emotion in the sterling. GBPUSD was moving up due to the expectations of the Fed's monetary restriction process slowing down against the backdrop of the US economy sliding into recession. Someone believes it has already arrived and cited the decline in GDP for two quarters in a row as evidence. Someone prefers to wait for the verdict of the official body—the National Bureau of Economic Research.

Weekly dynamics of the pound 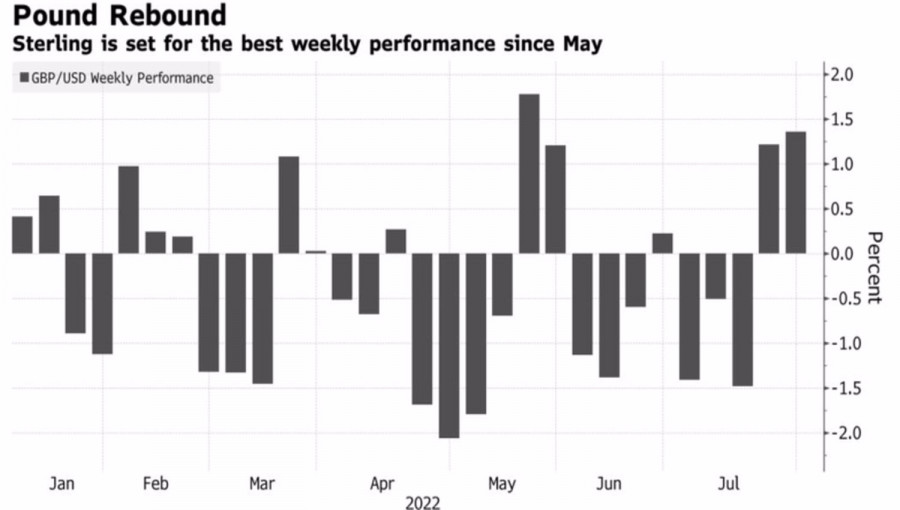 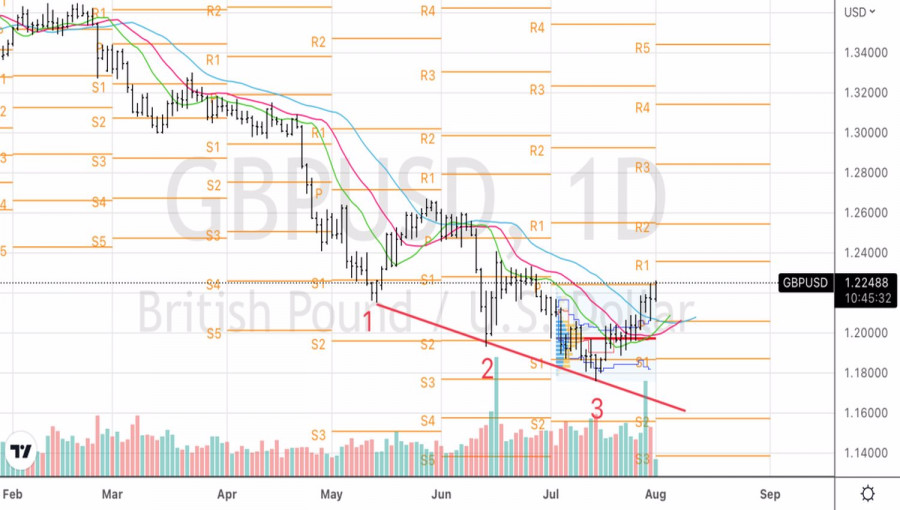 Be that as it may, the S&P 500 has already added 14% from the levels of June's bottom, and the Nasdaq Composite—17%. The stock market may be wishful thinking, but while it continues to rally, global risk appetite is also increasing, negatively affecting the US dollar as a safe-haven currency and boosting the GBPUSD.

Technically, the implementation of the 1-2-3 pattern and the presence of the analyzed pair above the moving averages included in the Alligator indicator increase the risks of breaking the long-term downward trend. A break of the resistances located at the pivot points at 1.225 and 1.228 will accelerate the correction and become the basis for the formation of long positions. The marks of 1.235 and 1.255 appear as targets for the upward movement.