The euro continues to strengthen its position after reducing fears of a more serious conflict between China and the United States, as well as yesterday's statements by St. Louis Federal Reserve President James Bullard, who still believes that the US economy can avoid a recession even though the central bank will have to continue raising rates to control inflation. 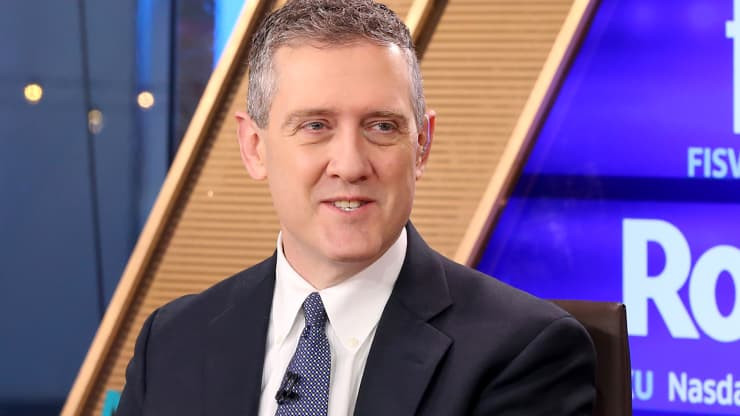 All this is quite difficult to comprehend when, on the one hand, it is necessary to raise the cost of borrowing while expecting the economy to continue to grow at a fairly good pace. As the first two quarters of this year have shown, the economy is shrinking at a fairly rapid pace, and it would be absurd to expect that the hawkish policy of the Federal Reserve System will no longer harm it. Yes, a strong labor market allows Americans to find high-paying jobs without problems, but do not forget about the almost 10.0% annual price increase, which reduces the availability of low-income citizens to several goods, which no one is in a hurry to help. But this is a separate topic for conversation.

"Inflation in the second quarter turned out to be higher than I expected," a central bank official said during a speech in New York. "Now that this has happened, I think we will have to continue raising interest rates against all my expectations." According to Bullard, the federal funds rate, which is the central bank's benchmark, is likely to be 3.75–4% by the end of 2022. Currently, it is 2.25–2.5%. Let me remind you that the Fed has already raised rates four times this year and is not going to stop there yet.

Nevertheless, Bullard believes that the Fed's credibility in its commitment to fighting inflation will help it avoid undermining the economy. He compared the current situation at the Fed with the problems faced by the central bank in the 1970s and early 80s. Inflation is now at its highest level since 1981. He expressed confidence that the Fed would not have to drag the economy into recession today as Chairman Paul Volcker did in the early 1980s. "Modern central banks are more trusted than their counterparts in the 1970s," Bullard said.

However, as I noted above, the markets have recently been betting that the Fed's hawkish policy will lead the economy into recession. Government bond yields are declining, and the spread between yields is shrinking, which is usually a sign that investors are vaguely looking at future growth. Futures prices indicate that the Fed will have to continue raising rates until the end of the year, and a reduction can be expected no earlier than the summer of 2023.

During his speech, Bullard argued that the Fed's ability to steer the economy to a soft landing largely depends on its credibility, as well as on whether financial markets and the public believe that the Fed has a desire to stop inflation or not.

As for the prospects of the euro, only consolidation at the level of 1.0190 will give buyers of risky assets a great chance. Therefore, the whole emphasis is shifted to this immediate resistance. Going beyond that, it will give confidence to buyers of risky assets, which will open a direct road to 1.0235, determining the further uptrend of July 14. A breakdown of 1.0235 will open the possibility of updating 1.0280 and 1.0330. In the case of a decline in the euro, buyers need to show something around 1.0150, otherwise, the pressure on the trading instrument will only increase. Having missed 1.0150, you can say goodbye to hopes for recovery, which will open a direct road to 1.0110 and 1.0080. A breakthrough in this support level will certainly increase the pressure on the trading instrument, opening up the possibility of a return to 1.0040.

The pound has obvious problems with continuing growth, and we need to do everything now to stay above 1.2140. If this can be done, we can expect a larger movement of the trading instrument and talk about updating 1.2200 with a further exit to 1.2235 and a return to 1.2290. A break of this range will easily return the pound to 1.2330 and 1.2390. With the breakdown of 1.2140 and the absence of buyers, the situation will change since the upward trend of July 14 will be broken, and many local lows will open up to sellers. If there is no one at 1.2140, we will strongly adjust to the area of 1.2100 with the prospect of testing a larger level of 1.2060.