The test of 1.2096 took place at the time when the MACD was far from zero, which limited the downside potential of the pair. Some time later, another test happened, but this time the MACD line started to move below zero, which was a good signal to sell. It prompted at least 40 pips of price decrease. Buying at 1.2051 also worked well as the pair bounced up by more than 30 pips. No other signals appeared for the rest of the day. 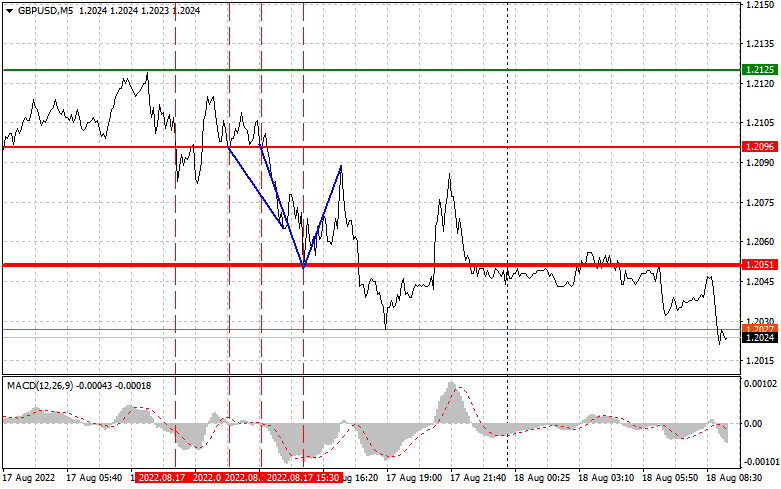 CPI in the UK rose above 10.0%, but fell short of estimates. It amounted to 10.2%, just slightly lower than the 13.0% expected by the Bank of England. For this reason, the outlook for pound became rather bleak, so it would be better to sell further along the medium-term bearish trend.

There are no important reports scheduled to be released in the UK today, so markets will focus on the upcoming data on US jobless claims, Philadelphia Fed manufacturing index and existing home sales. These indicators will most likely be negative, which will harm risky assets. Speeches by FOMC members Esther George and Neel Kashkari will also attract some interest as they will express their position on future monetary policy plans.

Sell pound when the quote reaches 1.2012 (red line on the chart) and take profit at the price of 1.1945. Pressure could return at any moment because nothing positive is happening to the UK economy 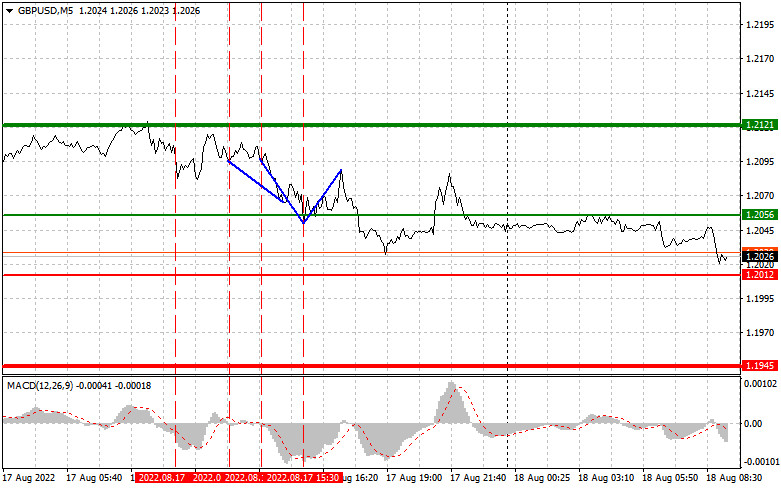 The USD/CAD pair rallied in the last hours as the Dollar Index rebounded and tries to erase minor losses. It's trading at 1.3547 at the time of writing