On Friday, key European stock indices went down more than 1%. The stock market has been in the red zone for the eighth consecutive session. Investors continue to analyze the Fed and other global regulators' hawkish monetary policy decisions. 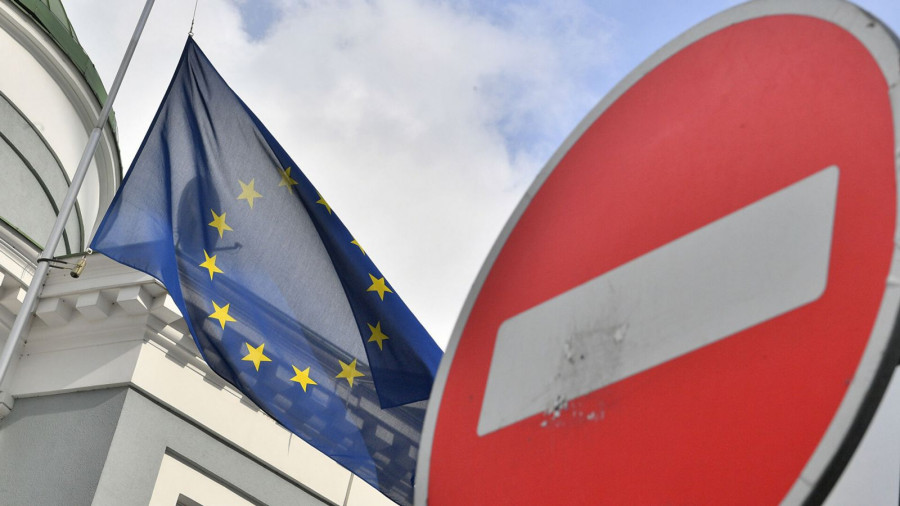 The shares of German automobile concern Volkswagen AG fell by 2%. Earlier, the company's management said that it did not rule out the possibility of moving production from Germany and Eastern Europe amid growing gas shortages in the euro area.

Stocks of Swiss bank Credit Suisse plummeted by 7.8% on reports that the company might again turn to investors for new cash to radically overhaul its investment bank.

The market capitalization of Norwegian metals maker Norsk Hydro fell by 1.3%. Even the statement of the company's management about the start of a stock buyback program totaling $192.2 million did not support the quotes. The program is scheduled to start on September 26, 2022. It will last until September 20, 2023.

On Friday, European investors continued to analyze the outcome of the US Federal Reserve's September monetary policy meeting published the day before. Market participants are afraid of both global and eurozone recession in particular after the US regulator's hawkish decisions.

The Fed also lowered its forecasts for US gross domestic product and raised its estimates of inflation and unemployment for 2022-2023. Moreover, US Central Bank officials said they would continue to reduce their holdings of Treasury and mortgage-backed securities and agency debt. The latest news from the US Federal Reserve gave investors an idea of the future prospects of the interest rate in the face of a permanently rising inflation rate.

On Thursday, the Bank of England raised the discount rate by 0.5%. It was the seventh consecutive increase in the rate.

As part of its September meeting, the British regulator also adjusted its next steps in monetary policy according to the measures of Liz Truss's new cabinet to limit energy prices.

Notably, the Bank of England representatives predicted at the August meeting that inflation in the country would peak at 13.3% by the end of 2022. Then the UK will plunge into recession and it will not end until early 2024.

On Thursday, the Swiss central bank hiked rates by 75 basis points to 0.5%. The September rate hike was the second in a row: in June it was increased by 50 basis points to minus 0.25%. Consequently, the inflation rate in Switzerland was at its highest point in the last thirty years, i.e. 3.5% year-on-year.

Earlier at its September meeting, the European Central Bank raised the main base rate on loans to 1.25%, the rate on deposits to 0.75%, and the rate on marginal loans to 1.5%. At the same time, the discount rate was increased immediately by 0.75% for the first time in history.

Moreover, the Central Bank members noted that the regulator intended to continue raising the rate in the upcoming meetings. ECB President Christine Lagarde said that further pace of interest rate hikes would depend on the coming statistical data.

Therefore, global central bank decisions on monetary policy in September 2022 were considered the most aggressive in the past years.

On Friday, weak EU and UK statistics exerted considerable pressure on the European stock market. According to preliminary data from the American information media holding S&P Global, the eurozone composite PMI in September fell to 48.2 points from 48.9 points in August.

Over the past two months, the eurozone PMI has been hovering below 50, which is the line between contraction and expansion. At the same time, the risk of recession in the EU economy has reached its all-time high since July 2020.

Germany's composite PMI in September sank to 45.9 points from 46.9 points in August. In France, the indicator rose to 51.2 points from 50.4 points.

According to GfK NOP Ltd, the UK consumer confidence index fell by 5 points to minus 49 points in September, its lowest level in the history of calculations since 1974.

However, there was positive news on Friday. Spain's economic growth accelerated to 1.5% in the second quarter of 2022 compared to the previous indicator of 1.1%.

Therefore, the current macroeconomic outlook in the EU remains gloomy amid disruptions in energy supplies, a protracted conflict between Russia and Ukraine as well as a permanent rise in energy and food prices.

On Thursday, European stock indices closed in the red zone.

The stocks of Finnish energy giant Fortum Oyj soared by 7.9%.

The shares of Swiss bank Credit Suisse Group AG sank by 5.5%. The day before, the British media wrote that the financial institution planned to split its investment banking into three businesses and sell profitable divisions to prevent the damage caused by capital gains.

The market capitalization of French hotel chain Accor SA plummeted by 6.9% after US financial conglomerate JP Morgan downgraded the company's stocks from neutral to below market.

The shares of British largest bank HSBC decreased by 1.3% on the news that the company would gradually exclude coal energy and steam coal mining from its list of assets.

The stocks of Britain's biggest sportswear retailer JD Sports fell by 6.3%. Earlier, the company reported a decline in profits in January-June amid soaring inflation and lower consumer spending.

On Thursday, the weak results of the latest US trading session exerted considerable pressure on the European stock market. On Wednesday, the Dow Jones Industrial Average index sank by 1.7%, the S&P 500 index lost 1.7%, and the NASDAQ Composite fell by 1.8%. Moreover, key Asian trading floors closed in the negative territory.

GBP/USD. Spreading wings does not mean conquering heights. Plans for 2023

Jerome Powell, as expected, triggered volatility in the markets. Investors are now more confident in their assumptions about the Fed's interest rate, and the dollar index is down