Bulls on the EUR/USD pair are desperately trying to rise above the 1.0400 level: they repeatedly tried to attack the 4th figure in November, but failed each time. Traders fail to consolidate the success and, accordingly, are not able to develop it in order to claim the next, fifth price level.

Their indecisiveness plays against them: as soon as the upward momentum fades, the bears come in, and they pull the price down. This "push-and-pull" takes place amid a contradictory news flow, which prohibits both bulls and the bears to dominate. In addition, the US celebrated Thanksgiving, which lasted through Wednesday, Thursday and most of Friday. The US trading floors were either closed or did work, but in a shortened period. Traders were "fishing in troubled waters", i.e. they took advantage of low liquidity and high volatility. It is obvious that next week, the market will operate the way it does normally, which means that the overall alignment of forces may change significantly, and probably not in favor of the bulls. 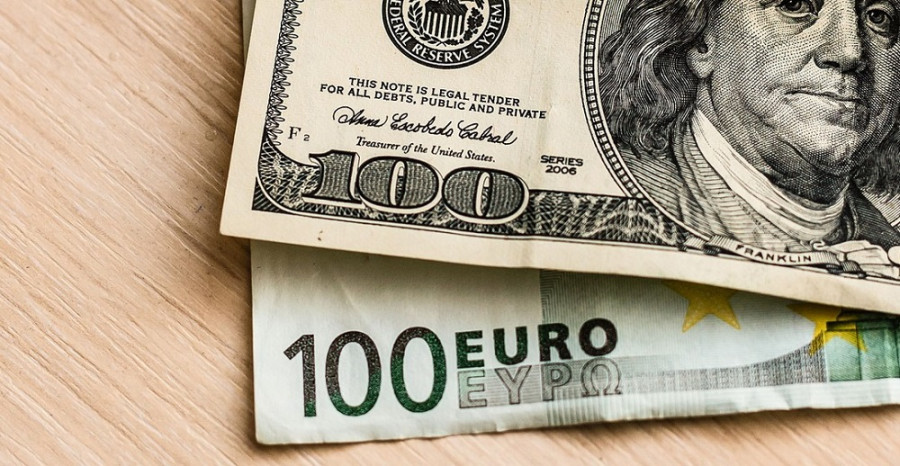 The pair is now trying to stay within the framework of the 4th figure only by inertia. The market's interpretation of the minutes of the FOMC's November meeting, published on Wednesday, did not work in the dollar's favor: due to this fundamental factor, the bulls reversed the price, rising from 1.0225 to the 1.0450 target (high of the current week). But traders couldn't hold their positions and the pair went adrift. Bulls cannot move to the area of the 4th figure, bears cannot pull the price down to the area of the 2nd price level. Both parties need more information to push the pair. At the same time, all the previous information and events were played out, and some of them even twice.

Thus, the aforementioned minutes confirmed traders' assumptions that the central bank is getting ready to slow down the rate of tightening the monetary policy. Actually, it was the only message that was dovish in nature. But it was enough for the pair to surge upwards. Traders were not confused by the fact that Federal Reserve Chairman Jerome Powell spoke about the slowdown of monetary policy at the beginning of November. In addition, some of the other Fed members repeatedly spoke about such intentions. And after the latest US inflation data reported growth, the probability of a rate hike by 50 points at the December meeting increased up to 80%. The Fed minutes that was released on Wednesday reminded the market of such intentions - nothing more. But amid low liquidity, traders decided to win back this fundamental factor by the second round.

Given this disposition, the question arises: can the EUR/USD bulls develop their upward attack on such shaky grounds? Definitely not. Friday's price fluctuations show that the bulls are not confident in their own capabilities. Neither are the bears.

And in my opinion, the bulls are definitely losing their grip. Figuratively speaking, you won't get far with just "one minutes", at the same time there are currently no additional arguments for a large-scale growth from the pair. But the U.S. currency may receive substantial support ahead of the December FOMC meeting. According to a number of currency strategists, estimates of the terminal rate are likely to be revised upwards in December's "dot-plot" compared to the previous forecast, which was published in September. Powell admitted such a possibility following the results of the November meeting. And if similar assumptions are made by other members of the Fed (before the 10-day "hush-hush" period), we could be witnessing another dollar rally. Again, this scenario is very likely, given Powell's previous rhetoric.

In addition, the U.S. currency could receive support from the Nonfarm Payrolls report. If the unemployment rate returns to 3.5% and the growth rate of non-farm payrolls exceeds at least the 250,000 target, the dollar bulls will feel much more confident, even against the euro.

The single currency (euro) will then have to react to the European Central Bank's discussion on the pace of monetary policy tightening. There are calls for the central bank to "moderate its enthusiasm" at the December meeting, that is, to raise the rate by just 50 points, and not 75. In particular, the chief economist of the ECB spoke in favor of this scenario. By the way, the preliminary data on inflation growth in the eurozone for November will be published next week. If the report shows at least minimal signs of a slowdown in CPI growth, then the euro will be under significant pressure, as in this case the issue of slowing down the pace of rate hikes can be considered a done deal.

Thus, despite the bulls' attempts to settle within the framework of the 4th figure, they still have no good reasons to develop the uptrend at the moment. Long positions look risky - at least until the price stays above the resistance level of 1.0450 (the upper line of the indicator Bollinger Bands on the daily chart). In the medium term, it is better to consider short positions. The first bearish target is 1.0350 (Tenkan-sen line on the one-day timeframe). The main target is 1.0210 (at this price point, the bottom of the Bollinger Bands indicator coincides with the lower limit of the Kumo cloud on the H4 timeframe).

EURUSD The euro has been in a narrow range below 1.0900 since January 23. Consolidation under the resistance line on the way up. Technically, this is preparation for a breakthrough