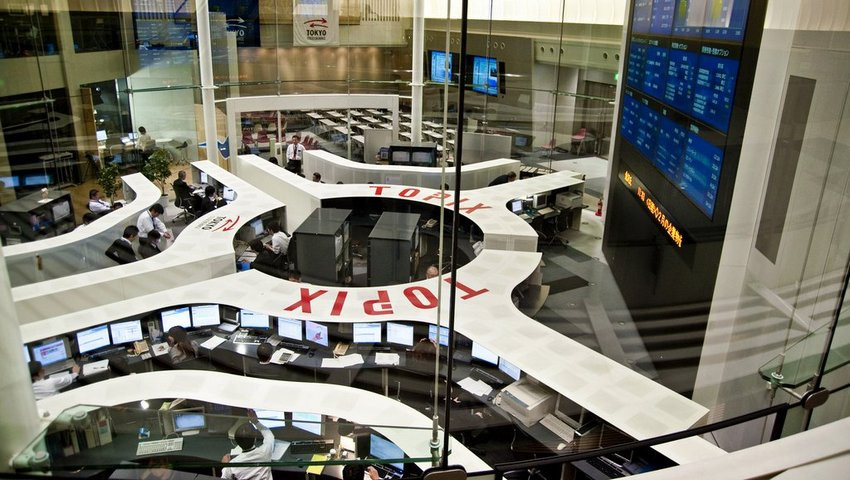 The stock market in Asia is down 1%. The Hong Kong Hang Seng Index was the exception, rising 3.38%. The least-losing indicators were the Shanghai Shanghai Composite and Shenzhen Shenzhen Composite, which fell by only 0.07% and 0.32%, respectively, among other indicators that fell. The Nikkei 225 in Japan fell 0.4%, the S&P/ASX 200 in Australia fell 0.75%, and the KOSPI in Korea fell 0.49%.

Asian markets experienced a decline due to several factors, including the upcoming US Federal Reserve meeting. The country's central regulator will decide when to raise interest rates and predict how the economy will grow. Most analysts predict that 50 points will raise the rate at the upcoming meeting rather than 75, as it did at the previous one. Though the country's largest bank leaders frequently discuss an economic downturn, bidders are nonetheless concerned about it.

The release of GDP statistics for Japan was another issue that worried investors. Therefore, for the most recent quarter, economic growth decreased by 0.2%, which was still slightly better than the experts' predictions of a 0.3% decline. However, the indicator significantly deteriorated compared to the second quarter, which increased by 1.1%. Experts list the weakening of the nation's national currency and price increases, which negatively impact consumer spending, as reasons for such negative dynamics.

Fast Retailing and Mitsubishi UFJ experienced a 1.3% decline in quotes, while Nissan Motor and Toyota Motor saw declines of 0.7% and 0.5%, respectively.

The quotes of the company's shares rose by 2.15% right away as a result of the news that the SoftBank Group company's CEO increased his share to 34%.

The government's statements indicating its intention to relax further quarantine restrictions in the area are largely to blame for the rise in the Hong Kong indicator.

Alibaba shares and JD.com shares showed slightly slower growth, increasing by 4.5% and 4.6%, respectively, along with Tencent Holdings and Xiaomi, which increased by 4.3% and 4.1%, respectively.

There is also a decline among the businesses used to calculate the KOSPI index: Samsung Electronics's quotes dropped by 0.2%, and Hyundai Motor's by 0.9%.

The value of securities for the biggest Australian companies also declined: Rio Tinto's and BHP's share prices dropped by 0.9% and 0.8%, respectively.