The pound confidently approached the upper limit of the 1.22-1.23 range, and was already preparing to break through it, for which it needed only data on orders for durable goods in the United States. It was assumed that their volume will decrease by 0.3%, which would be a reflection of the gradual movement of the US economy towards recession. However, orders increased by 0.7%, which came as a complete surprise. It turns out that consumer activity is not decreasing, but growing, and for the third consecutive month. This is contrary to countless warnings about the imminent start of a recession in the economy. After all, orders are a kind of leading indicator showing the state of consumer activity. In turn, consumer activity is nothing but the locomotive of the American economy. And as long as it grows, or at least does not decrease, no recession threatens the United States. The only surprise is the scale of the strengthening of the dollar. Growth was extremely weak and insignificant. This is a consequence of the fact that the indicator itself is only an indirect one, and it is not worth building a direct correlation with retail sales. Since the growth of orders only indicates the prospect of growth in retail sales. No more. 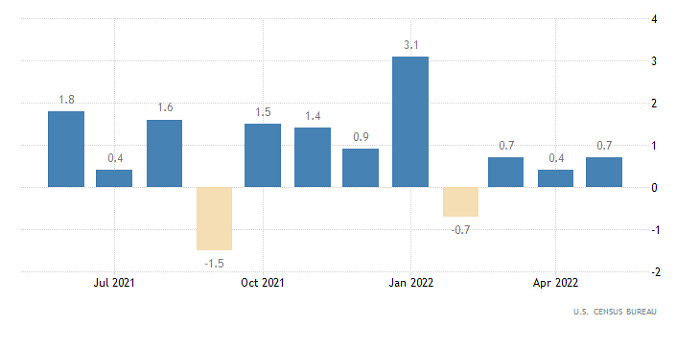 The macroeconomic calendar is completely empty today. And since the pound has remained within the previous range, we should expect its gradual movement towards the lower border.

The GBPUSD currency pair has been moving within the upper border of the horizontal channel at 1.2150/1.2320 for the second consecutive day, which indicates the process of accumulation of trading forces.

The RSI technical instrument in periods H1 and H4 moves along the 50 middle line, which indicates stagnation. RSI D1 is in the lower area of the 30/50 indicator, which corresponds to the medium-term downtrend.

The Alligator H1 and H4 indicator has many crossovers between the MA moving lines, which confirms the stagnation in the market. Alligator D1 is in a downtrend cycle, MA moving lines are pointing down. 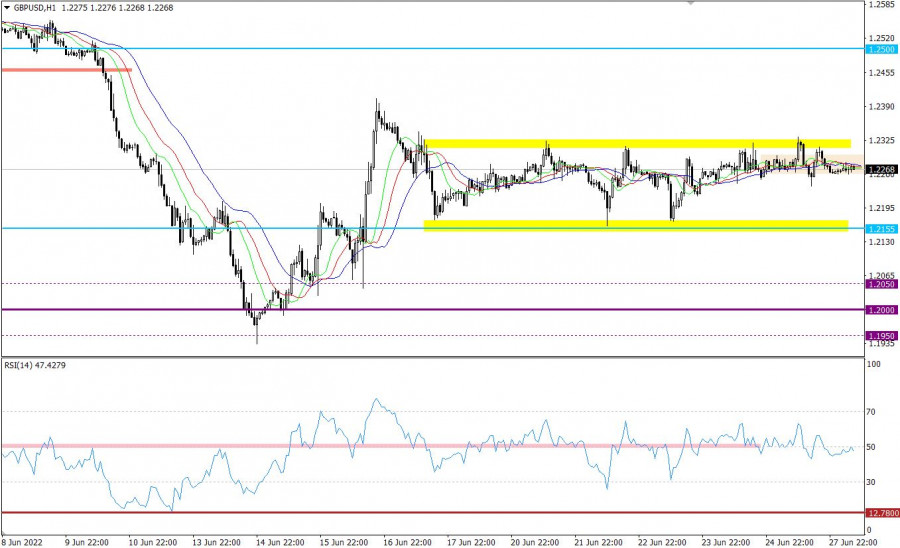 In this situation, the compression of the magnitude within the current flat serves as a lever that focuses abundant attention on the part of speculators. Thus, the market may soon accelerate, which will lead to one of the possible scenarios:

The breakdown of the upper border of the flat, where a buy signal will appear if the price stays above 1.2340 in a four-hour period.

Complex indicator analysis has a variable signal in the short-term and intraday periods due to stagnation. In the medium term, the indicators are focused on a downward trend, this is a sell signal.