Notably, the number of US initial unemployment claims inched up by 4 thousand instead of 14 thousand. However, the overall data turned out to be significantly worse than anticipated. The fact is that the number of continuing claims surged by 62 thousand, whereas economists had expected a considerably smaller increase of 11 thousand. It means that the number of continuing claims has been rising for the 8th week in a row. This reflects stable worsening in the US labor market. Thus, there is no wonder that yesterday, the pound sterling managed to climb higher, ignoring the US dollar oversold conditions. 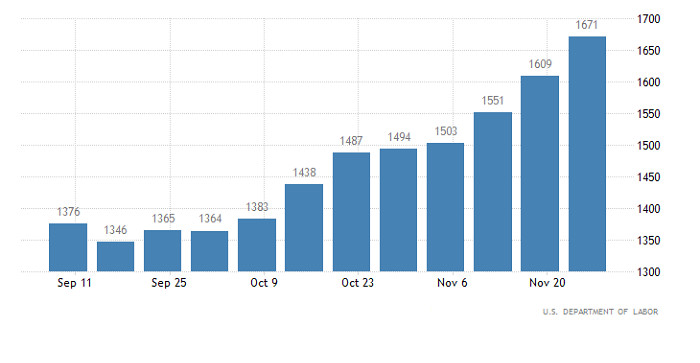 However, today, the British pound may also gain in value thanks to the US macroeconomic data. Thus, the US producer price growth may slacken to 7.3% from 8.0%. It means that next week, the Fed will raise the benchmark rate by only 50 basis points. 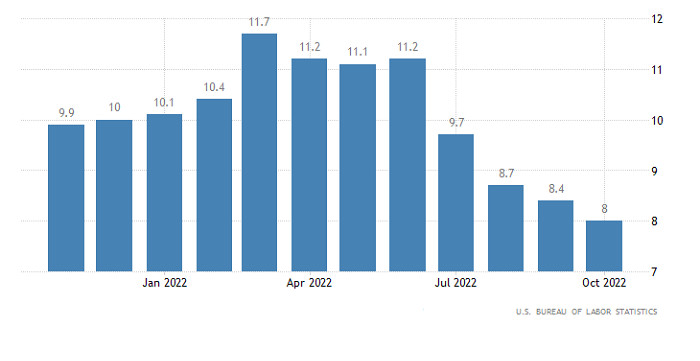 The pound/dollar pair intensified its upward movement after it consolidated above 1.2200. As a result, the volume of long positions increased, thus spurring a gradual recovery of the upward cycle after the recent bounce.

On the four-hour and daily charts, the RSI technical indicator is moving in the upper area, which points to traders' great interest to long positions on the pound sterling.

In the same periods, the Alligator's MAs are headed upwards. This technical signal points to the bullish sentiment among traders in the intraday and mid-term periods. 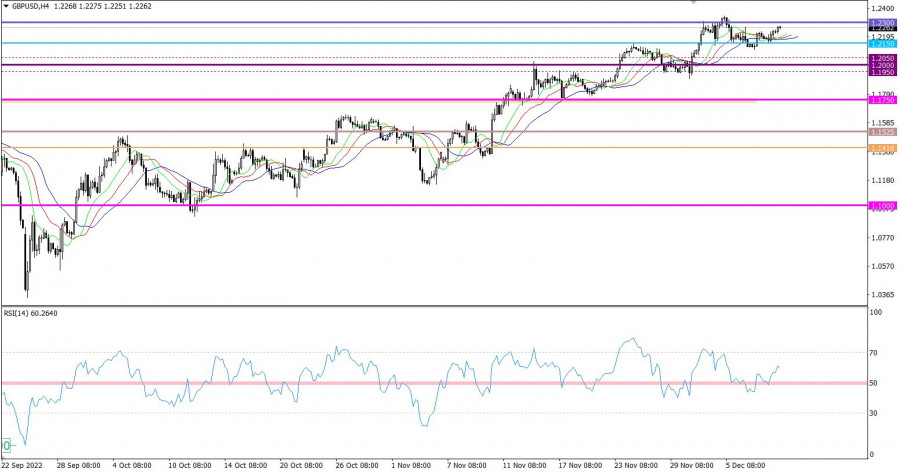 It is quite possible that the price consolidation above 1.2300 on the four-hour chart will allow the pair to reach a new local high of 1.2343. This, in turn, will point to a change in the market sentiment in the mid term.

The alternative scenario will become possible if the pair bounces off 1.2300/1.2342, which will cause a rise in the volume of long positions like it was at the beginning of the week.

In terms of the complex indicator analysis, we see that in the short-term, intraday, and mid-term periods, technical indicators are signaling buy opportunities amid a gradual rise in the pound sterling.